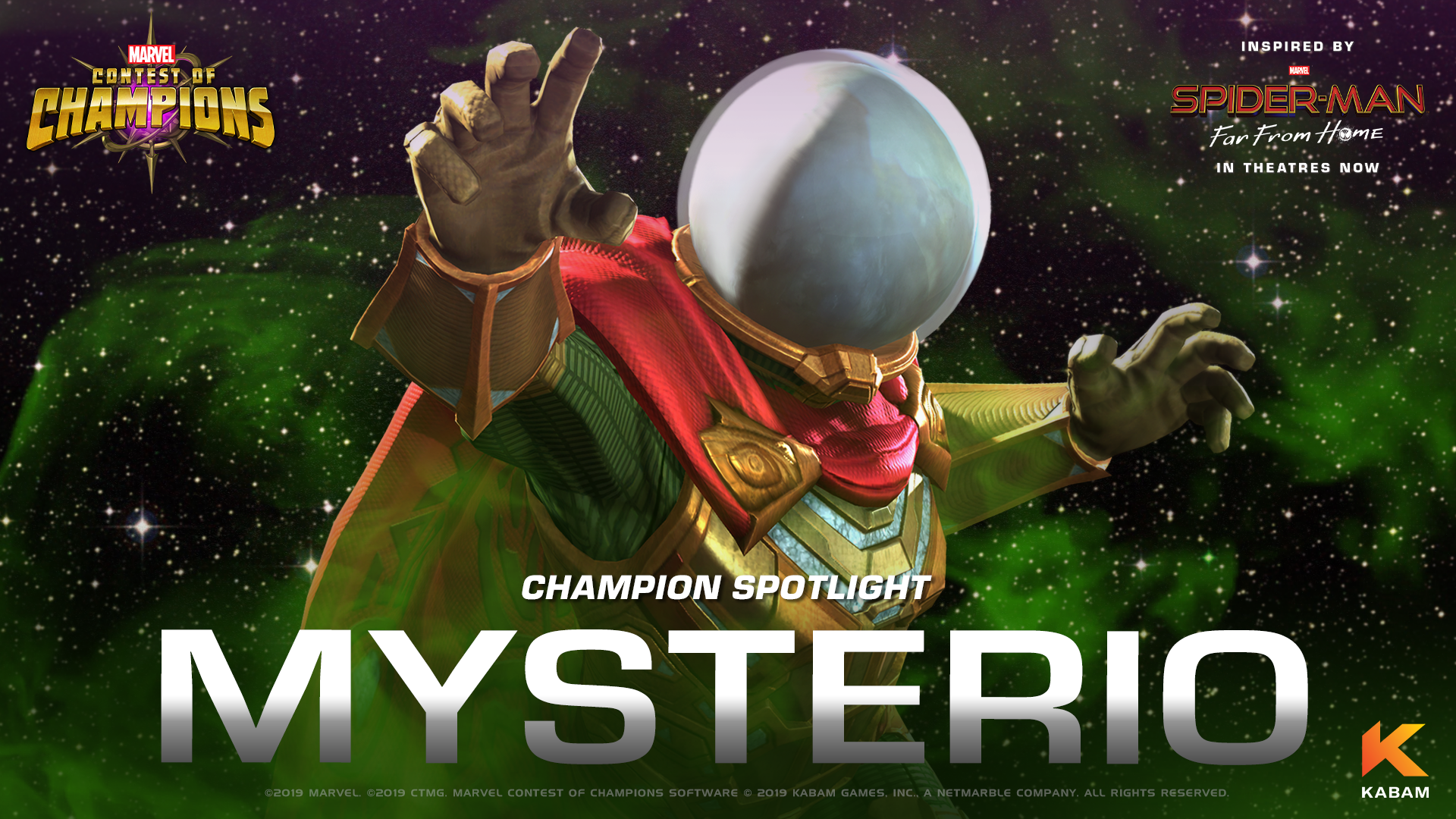 About MYSTERIO:
Quentin Beck is from an Earth nearly identical to our own. Traveling to our world to battle the very same elemental creatures that destroyed his planet, Beck is quickly established as one of Earth’s protectors. Taking on the superhero persona of “Mysterio” he is recruited by Nick Fury alongside Spider-Man to stop the elemental creatures before it’s too late and prove his capabilities to the world!

STRENGTHS Developer notes: If Mysterio wants to build gas quickly he can run medium-medium combos to quickly build to maximum stacks. While at max stacks Mysterio can finish his combo with a Light attack to keep the Opponent Heal Blocked for the entire fight. Overall, Mysterio’s strongest utility is damage mitigation, heal block and power control.