My highest effort idea yet.... (with drawings) 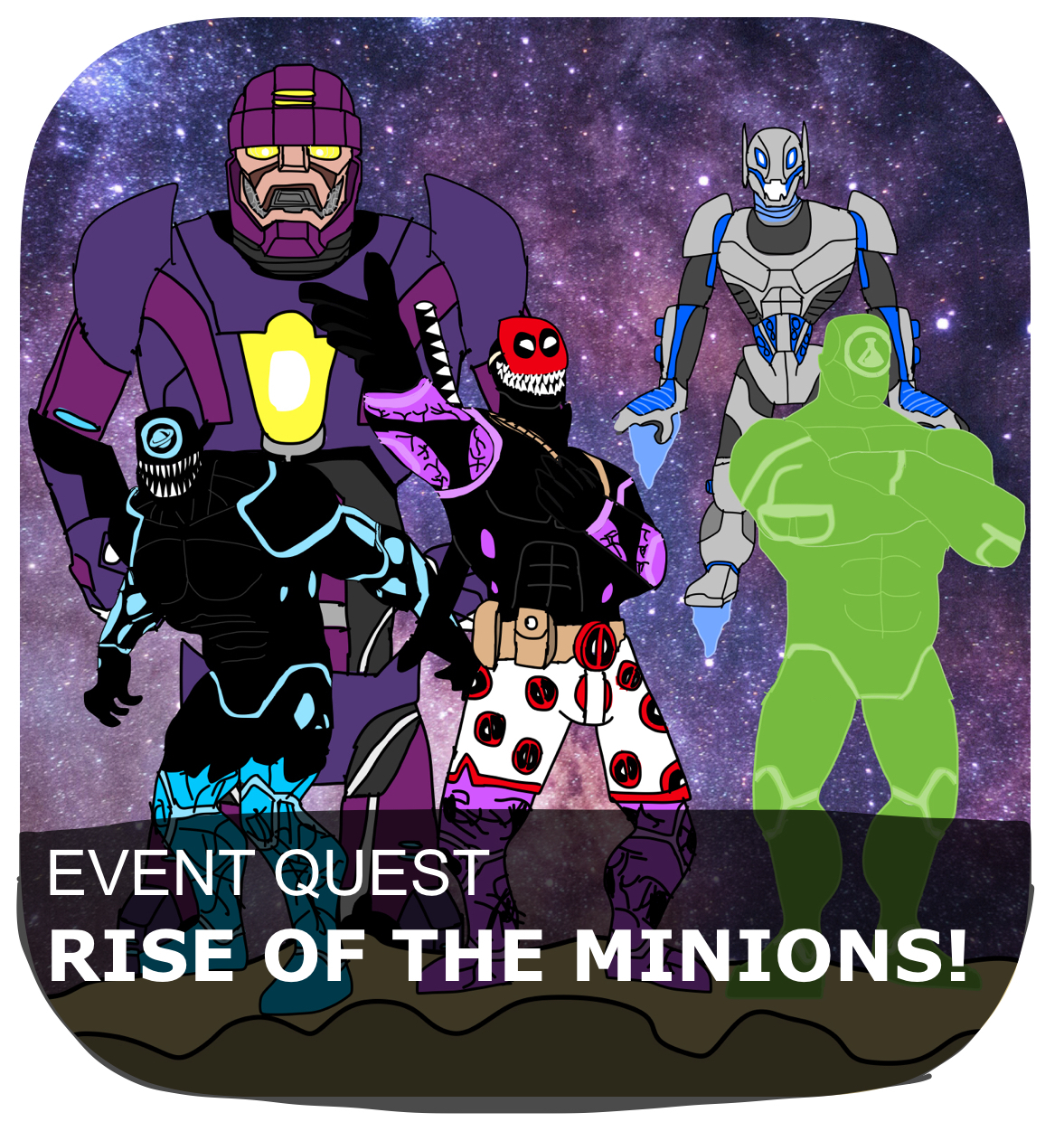 My Side Quest Idea: Rise of the Minions!
An unknown being has given the minions of the battlerealm self-consciousnesses. Now they all want revenge against the Summoners and the Collector for using them for their own personal gain. Defeat them to rescue an old ally of yours.... the Summoned Symbioid!
This quest will include the introduction of the Golden Ultron Drone, Sentineloid, and a special golden minion as final bosses!
The difficulties of this quest will start at normal and will have 3 chapters with 2 quests each.
Difficulties:
Each difficulty will be dominated by different minions.
- Normal-> Adaptoid Difficulty
This quest is dominated by Adaptoids.
- Heroic-> Symbioid Difficulty
This quest is dominated by Symbioids.
- Master-> Ultron Drone Difficulty
This quest is dominated by Ultron Drones.
- Uncollected Difficulty: Sentineloid Difficulty
This quest is dominated by Sentineloids.
- Mixed Difficulty
This quest will be dominated by all minions including..... the Deadpooloids!
This difficulty will be harder and more rewarding than Uncollected, this should
possibly resemble a quest suited for Cavaliers
When I mean dominated by, I mean the whole quest is literally only minions. But don’t worry, there will be one or two paths with mystery normal champions but these paths will be the hardest.
Minion Crystals:
Whenever you finish chapter 1 of any of this quest’s difficulties (except Mixed), you get a crystal that gives you a minion of a random class depending on which difficulty you picked. You can get all the minions if you want to. Upgrading style and levels will be the same as last year’s Summoned Symbioid although this year might have more levels.
Storyline:
The Collector wants to conduct experiments on the Summoned Symbioid for research purposes and needs the collector’s help to find them. Suddenly one of the minions attacked them. They defeat him and they discovered a note from the minion that they kidnapped the Symbioid in the Forbidden Lands. They go there, fight the minions, and then rescue the Symbioid (The Symbioid will actually be part of the rewards). Finishing this quest reveals a cutscene that reveals that Entropy was the one that given them self-consciousness and gave them hatred towards the Collector. When you finish the quest and claim the Symbioid, a cutscene will appear, revealing that it has a bomb attached to it which explodes at their faces, killing the Symbioid.