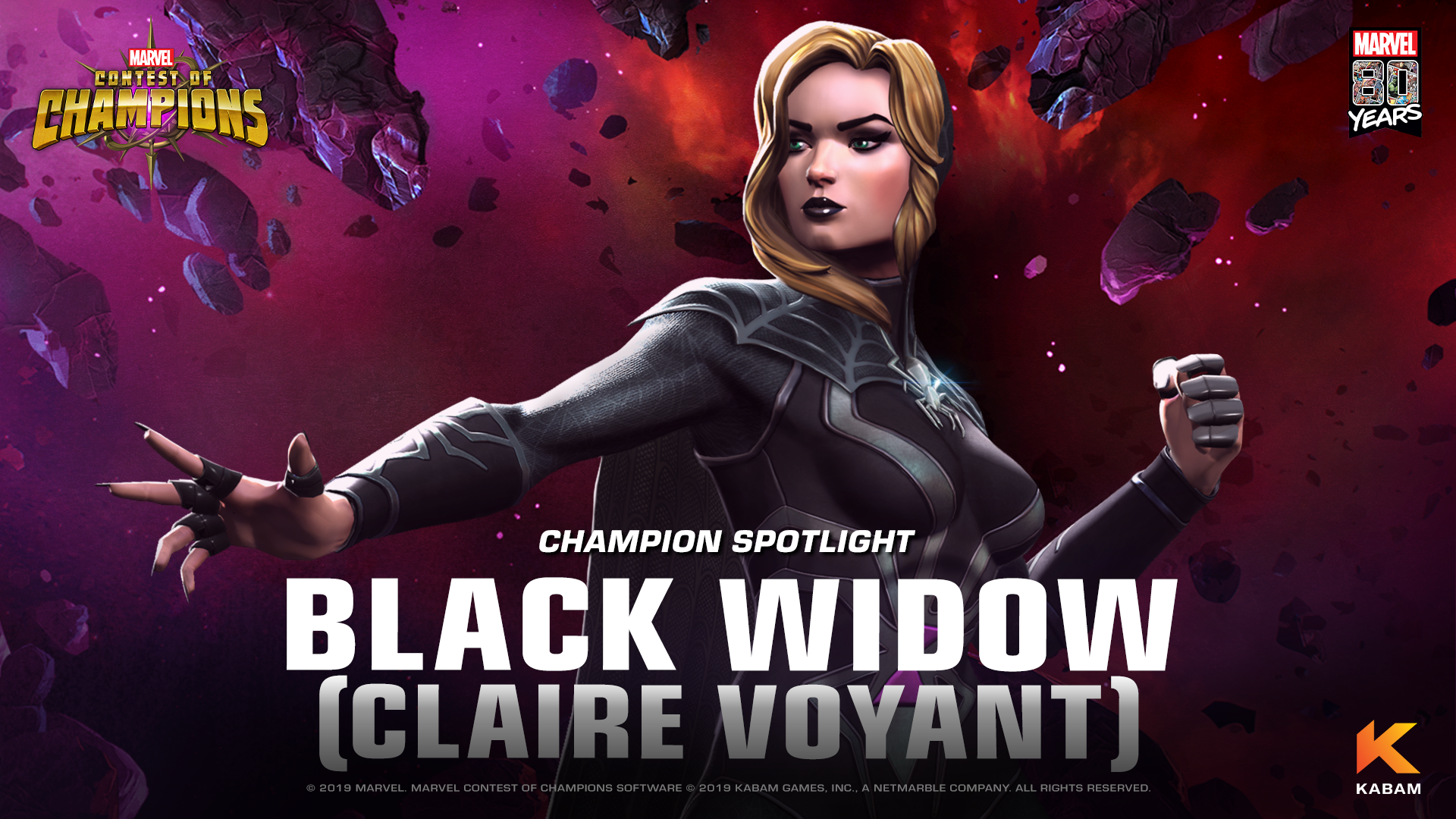 About Black Widow (Claire Voyant):
Claire Voyant was a spirit medium who communicated with the dead through supernatural means. Killed by a client in a job gone wrong, Voyant is sent to Hell where Satan gives her the ability to kill with a single touch, sending her back to Earth to avenge her own death. After avenging her murder, Voyant returns to Satan who, no longer content to wait for evil souls to die a natural death, charges her with bringing more souls to him.

Claire is focused on cycling through her different curses throughout the fight to always stay one step ahead of the Opponent. Each of Claire’s 3 curses are associated with different utility, Curse of Blood is focused on Regeneration, Curse of Plague is focused on Power Control and Curse of Hellfire is focused on damage. By ending a combo with a light attack Claire can switch her active curse, allowing her to adjust her utility set on the fly throughout any given fight. Additionally, each curse comes with a matching immunity making her great at completely bypassing Bleed, Poison and Incinerate effects.

STRENGTHS WEAKNESSES
Abilities:
Clairvoyance Charge - Passive Developer's Note: Claire performs very well against nodes that grant the Opponent an immunity such as Stun or Debuff immune nodes since each time the Opponent is immune she will gain a Clairvoyance charge, allowing her to loop her Special 2 Attack and keep the Opponent’s power under control for the whole fight.