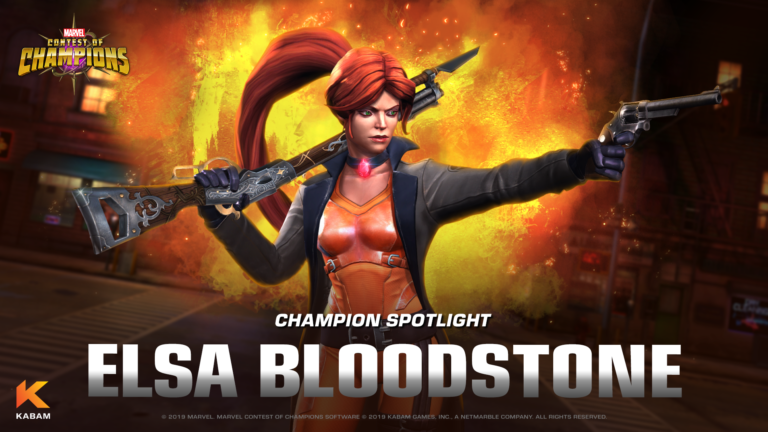 About ELSA BLOODSTONE:
Elsa Bloodstone is the second of her name, daughter of legendary Vampire Hunter Ulysses Bloodstone. Elsa possesses the ancient Bloodgem artifact, granting her superhuman capabilities and the ability to destroy any vampire foolish enough to drink her blood.

Elsa’s focus is on unloading both of her ammunition as quickly as possible. To maximize her damage output she should empty her Behemoth Buster rounds first then focus on her Hellfire rounds.