Do we get to keep the symbioid? Noticed a bit of odd wording in a in-game mail, would like clarity. 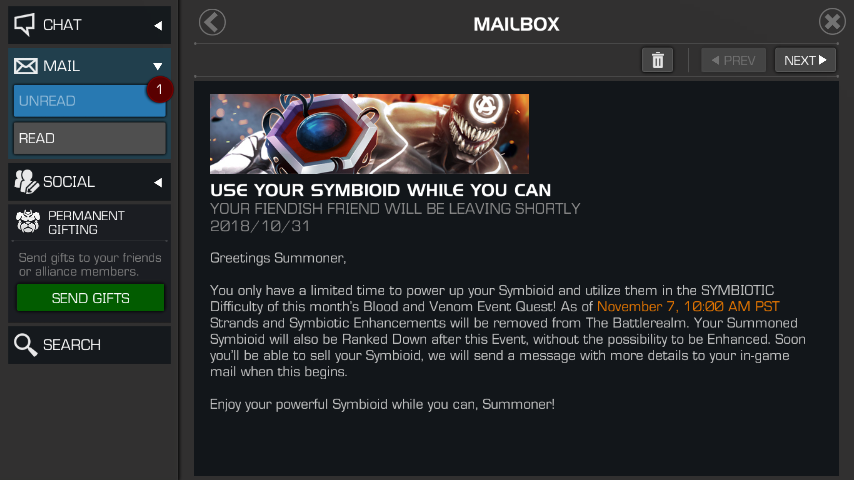 It just says rank down! not wonder off, witch begs the question do we get to keep the one star symbioid, would somebody answer this. Am I reading to far into it, or did KABAM have a change of heart.
0