AJXRX Posts: 80 ★
November 2018 in Suggestions and Requests
Well said by Seatin in this Video. Really hope Kabam sees this

P.S: For god's sake he completed the entire quest THEN started ranting about it. It's clearly not bcs he can't get thru. It's too difficult for everyone and as a people's champ he's talking about it. Please fix this Kabam.... 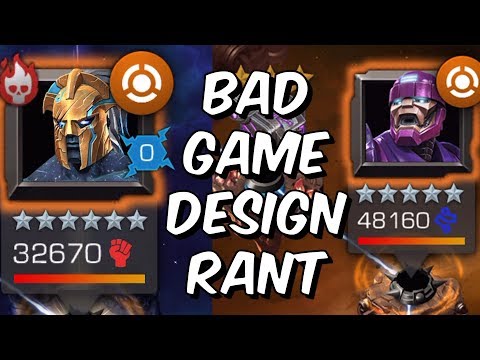