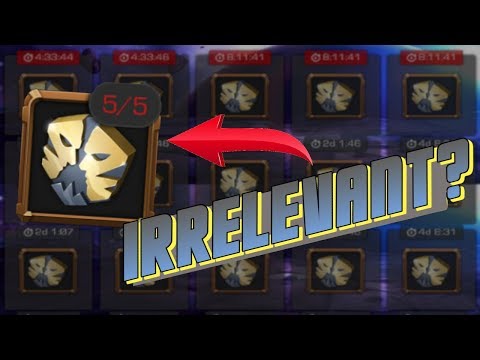 You have hopefully seen this from my video or have seen this on the off chance. I want to get everyone's thoughts on what is the best ideas for Kabam for the subject of a Duel Skirmish replacement or new usage for the now irrelevant Duel Credit.

Yes there will be those who will say they still use it some capacity, and yes for the purpose of duelling for prep for difficult fights. However I have 20+ in my stash at the moment and I would in that scenario not need to battle 20 times for prep. In any case have your say in the comments and hopefully we can get some devs to give us their thoughts on this subject too.