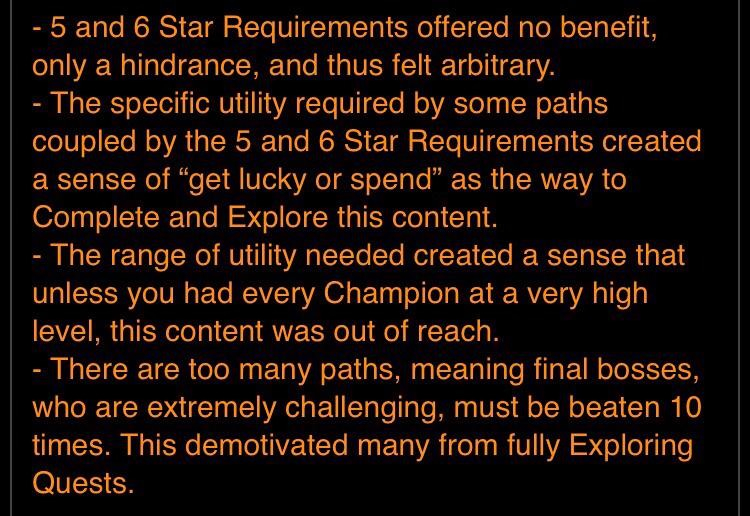 I'm not sure if this screenshot is legit or not, as I could not find a link or source to said post anywhere. But if it is, I just want to give Kabam a pat on the back for FINALLY acknowledging their players. I mean, they could've said this months ago, but I'm slow too so I won't complain Lol. Point being, if this is legit, good on you Kabam. You have been making better decisions lately. Please don't let us down again Lol.
5
«123»