Izze_King Posts: 193 ★
March 2 in General Discussion
Anyone else have a bunch of crystals that are just not worth opening cause they’ll just end up in the overflow? 😂 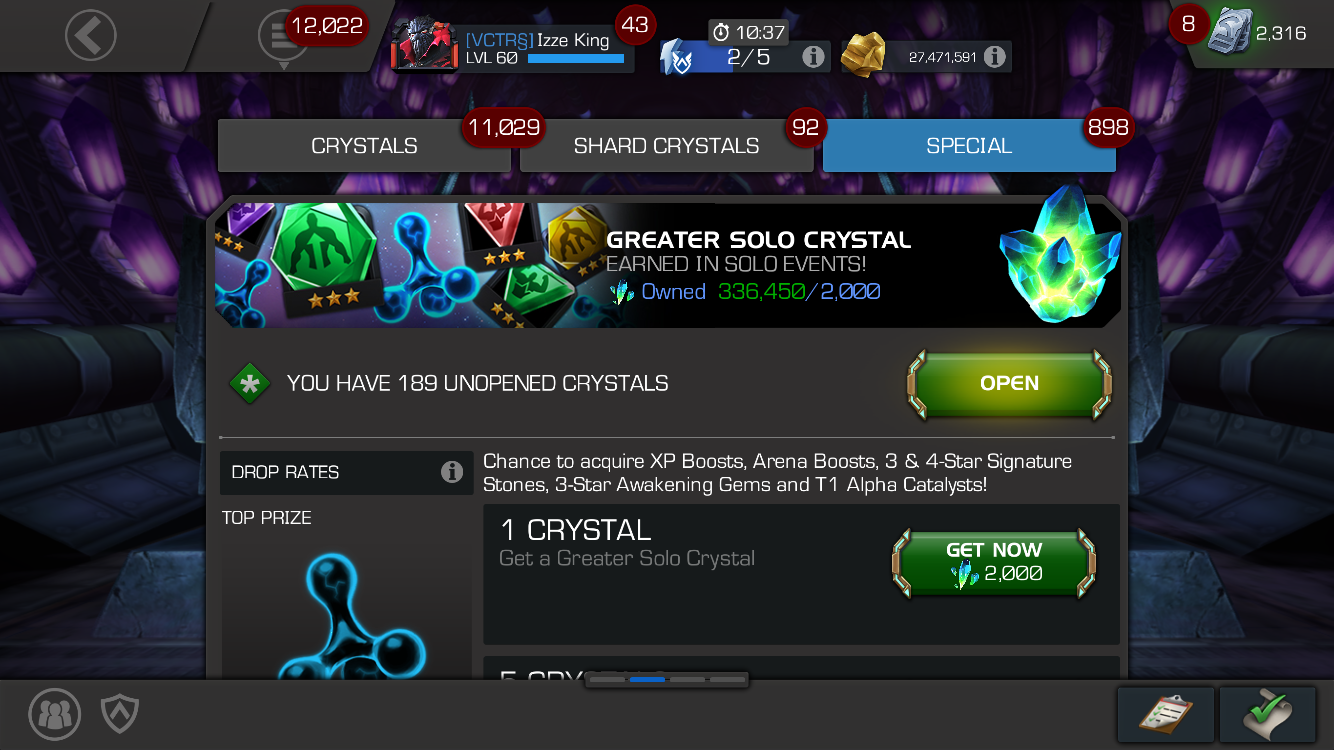 I Know Kabam has bigger fish to fry but these things aren’t even worth it to a Cav player. They’re just taking up space. The t1a’s are the only thing of value and it’s a .45% chance of landing one. Ok rant over. 😂