The best luck I’ve ever had in the game!!!

SentryPillow Posts: 307 ★★★
March 2020 in General Discussion
Finally! My 6* luck finally changed after 6.4 completion! I did my completion of 6.4 today:
Iceman: I took the vigorous assault path. Not bad at all and needed no revives. Got a one shot on iceman with a 3/45 IMIW
Thor: Typhoon path. Was super easy with nick. Got a one shot on Thor using sparky
DH: Aggression cruelty path. The path was super easy, but the boss cost me 3 team revives to take down. Most of my champs couldn’t handle the special 1 block damage
Cap marvel: This path was really annoying. Took the inverted controls path and kept slipping up to them. Got a 2 shot on cap marvel with sym supreme 4/55. Path costed me 2 team revives
Hydra Adaptoid: Path was fairly straightforward (spry and gassed). One team revive for the path and one shot with cap IW (5/65) on the boss
Grandmaster: No revives used on the path! Heard many people took the lifecycle path, but I found the masochism one much easier with void and sparky. GM cost me 3 team revives. Very fun fight that takes some getting used to.
My rewards (still haven’t opened the 5* crystals): 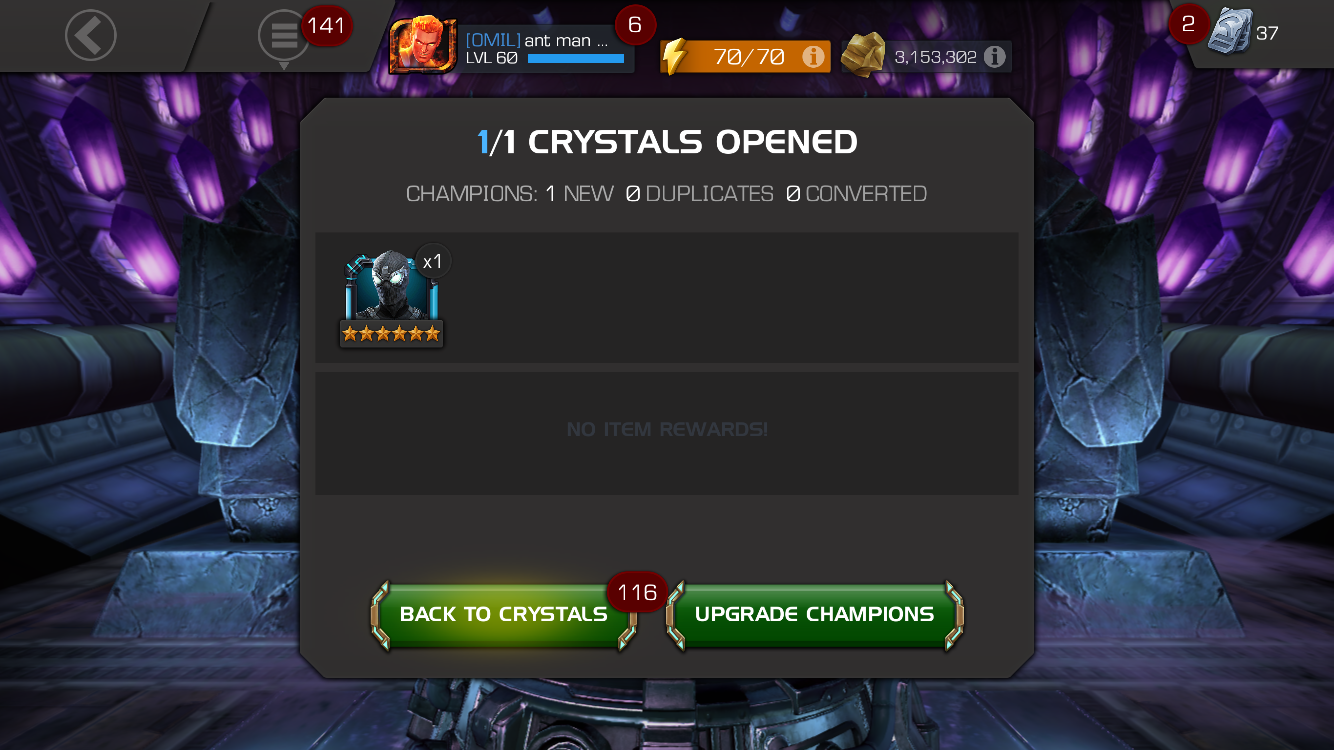 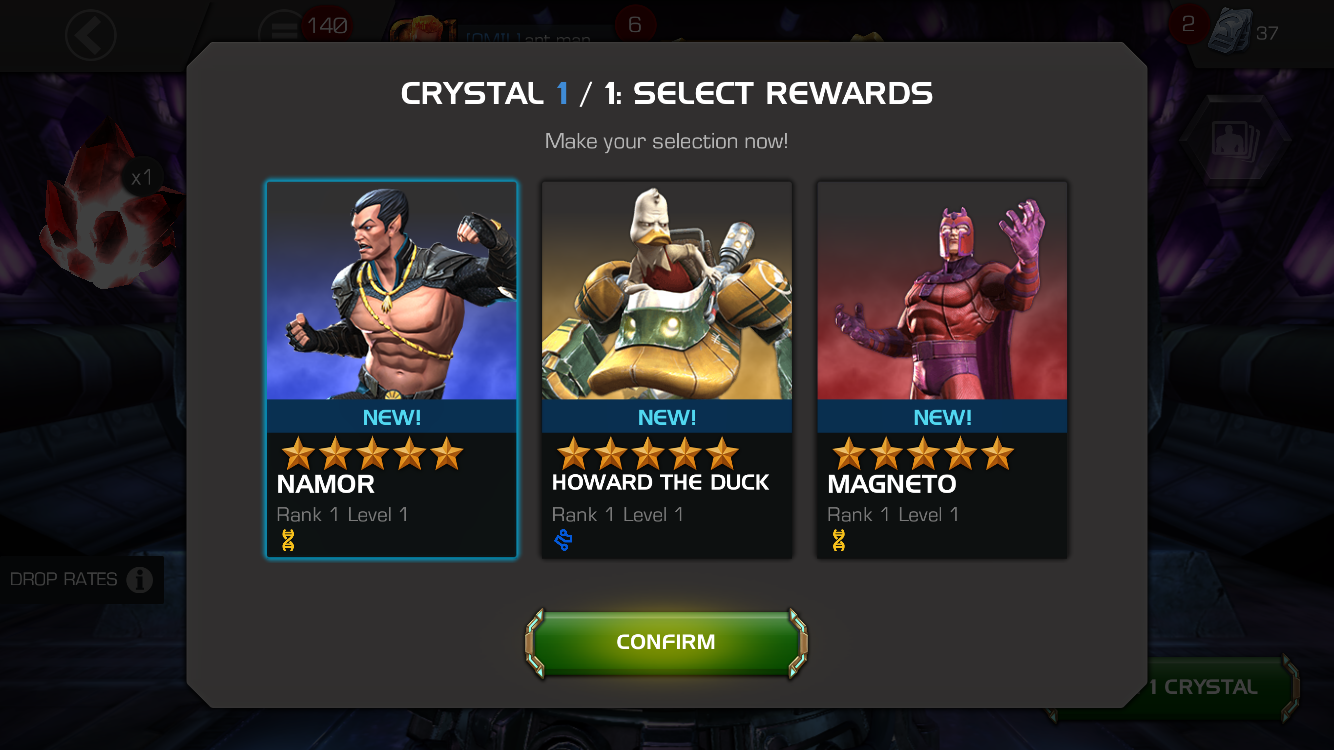 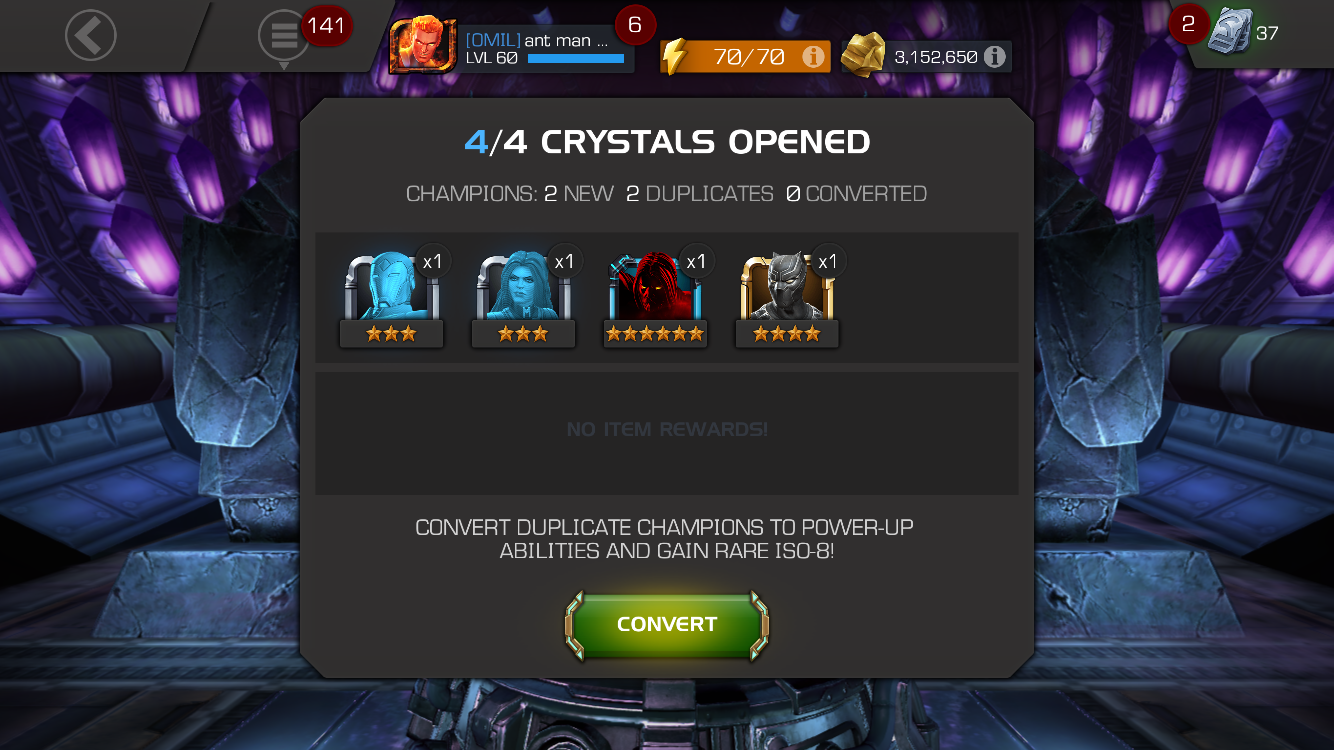