help needed to fix my progression

Erik_Killmonger1001 Posts: 314 ★★
April 2020 in General Discussion
So my progression is a mess because I created my account just in time for the summoner appreciation calendar giving me a huge boost in terms of my roster strength. As a result my progression is a mess. i have 100% act 1 2 and 4 and have not yet started even the initial clear of 5.1. so i am pre-uncollected. every month I 100% chapter 1 and 2 of master mode and 100% master (sometimes epic depending on pi) side quests. I have got up to chapter 3 in RTTL and have somehow got 2 rank 4 5* without setting foot in act 5. please help my progression rate. I have no idea where I should be and what level I am at. 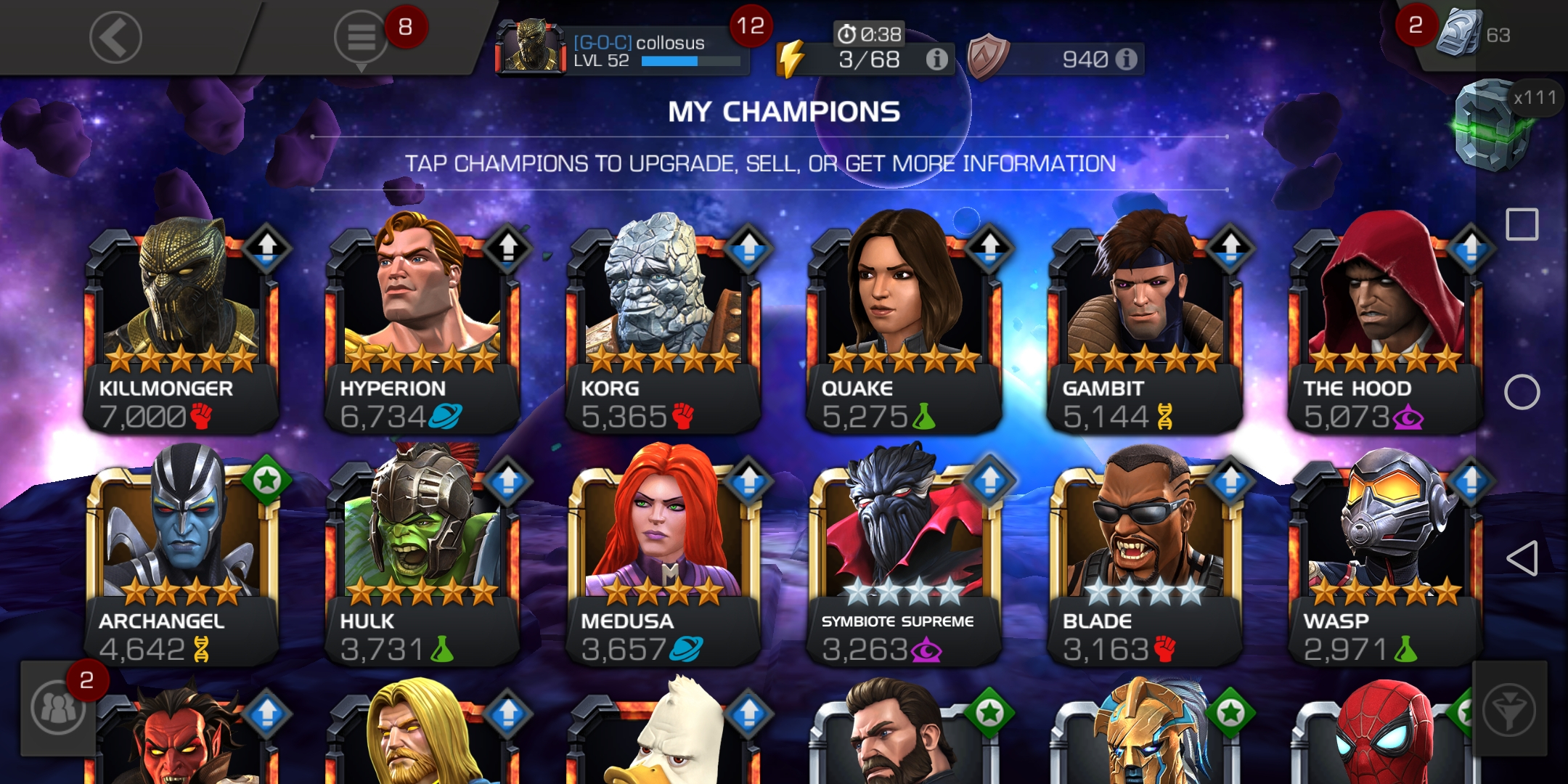