HQ101 Posts: 422 ★★
October 2017 in General Discussion
Not sure why Kabam moved over to Flat Rate values in the first place. Percentages everyone can understand. These Flat Rate values are completely meaningless to any of us without a frame of reference or formula.

Kabam, could you possibly provide the formula, so we can understand how this works?

For example, my R5 level 95 signature Starlord increases his attack by 57.46 with each consecutive hit up to 400 hits. Now, my only frame of reference is the percentage conversion offered for things like Critical Rate and Critical Damage. Which gives me an estimate of 2% roughly. So, on hit 400, his attack should be 800%...I guess??? Its isn't actually adding 57.46 to each attack. This is a value that I suppose represents a percentage??? But, I have no idea what to multiply this number by? Base attack damage? The amount of an average Crit??

Soooo many questions. Soooo little understanding on our part of something very Vital that affects EVERY player.

See what I mean? 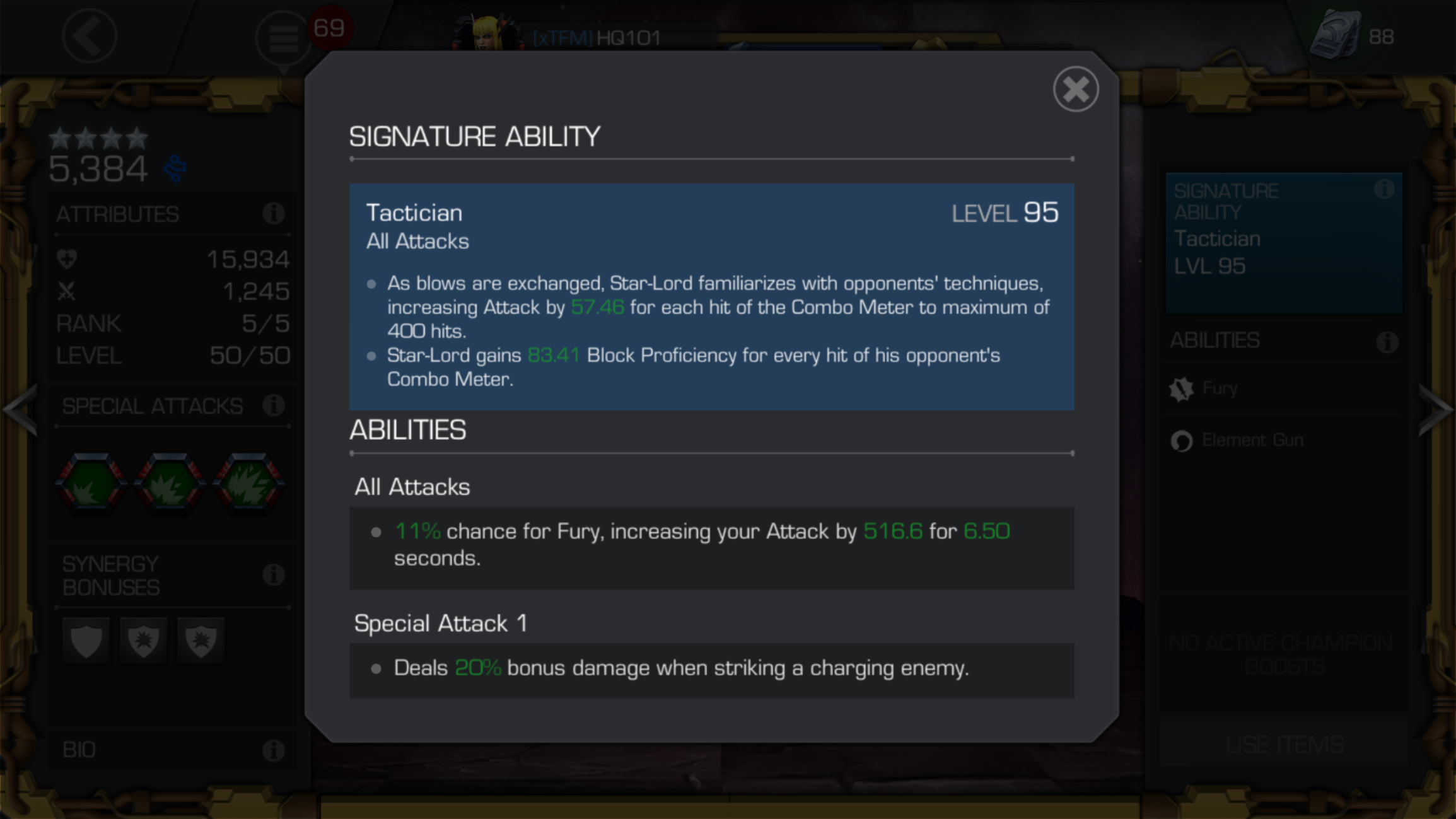