First we’d like to again apologize for the rather abrupt close of Season 30. We never want to end a season on a note like that, however in this case we felt ending early was the best thing for the competitive integrity of the Season. So with that out of the way let’s talk about Season 31! In addition to regular Tactics Rotations and Node Updates, we’re adding the Preview Button to Alliance War, and of course for the Tier 5+ Alliance, Attacker Bans go live!

Last but certainly not least, happy to announce that we are extending the Season 31 Offseason by 2 weeks to allow everyone to take a bit of a break, and enjoy the holiday.

This is a smaller change but it’s one we’re excited about so we’re putting it first here so it doesn’t get hidden behind Bans. We’re happy to say the Preview Button is now enabled in Alliance War. It works exactly the same as in all the other Quests where it’s been enabled, allowing you to see the Map while selecting both your Defence and Attack Team Champions. This will be enabled on all Alliance War maps. 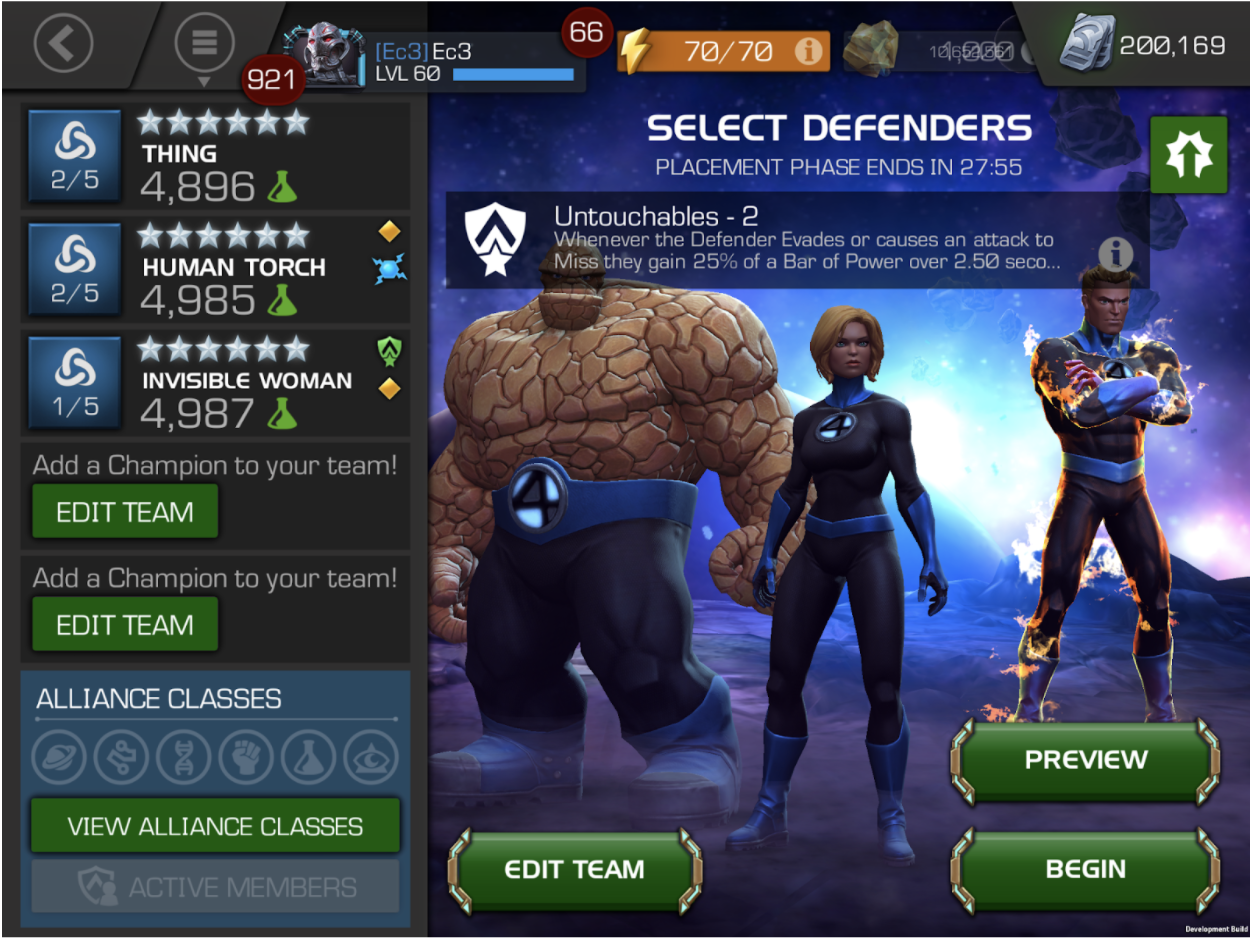 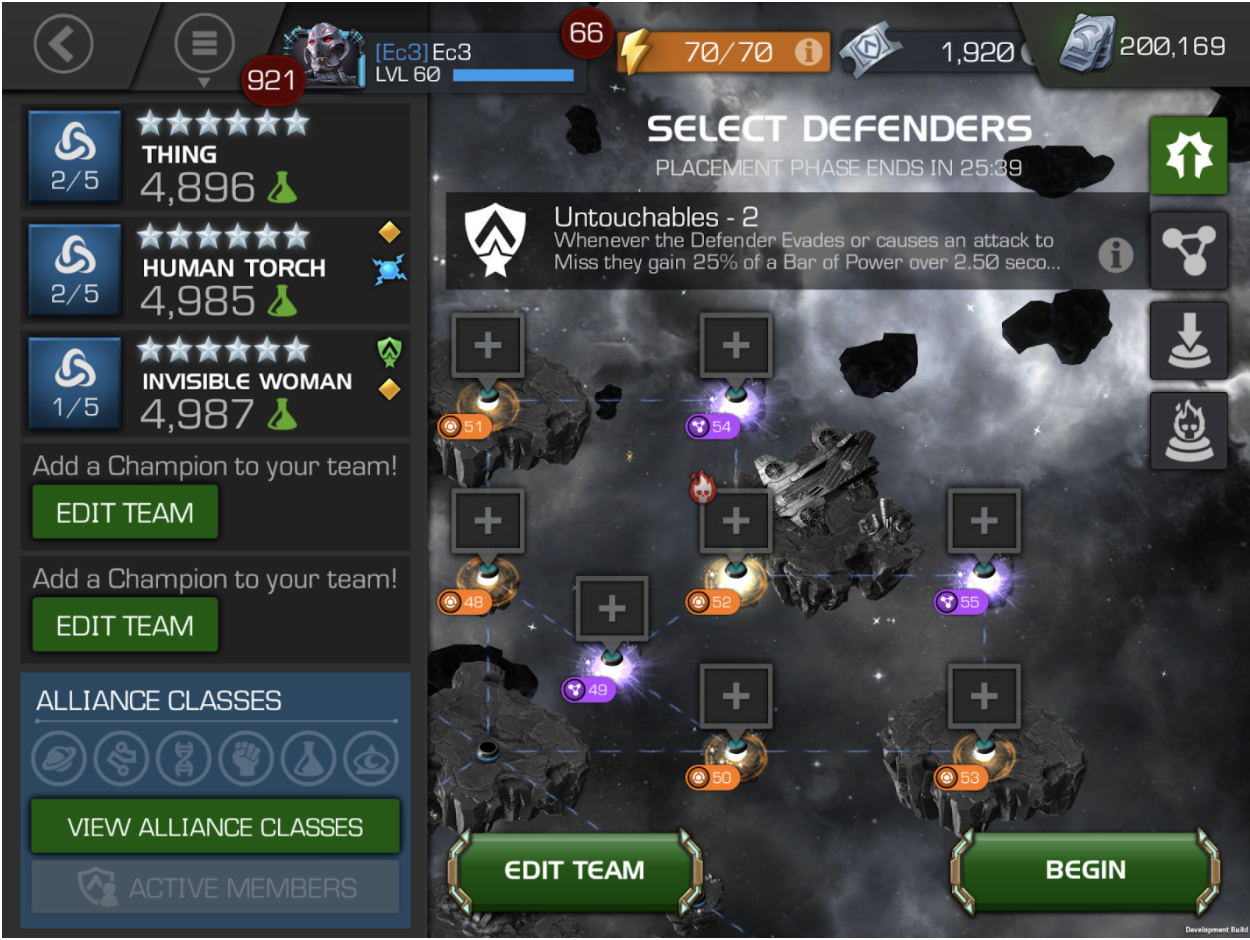 Ok to the big one! We told you they were coming, and (for those on the Challenger or Expert Maps) they’re finally here! Say hello to Attacker Bans!

So how exactly will they work?
For each War each Alliance in Tier 5+ (Challenger and Expert Maps same as Defensive Tactics) will be able to Ban 3 Champions from their Opponent’s Attacker Pool. This selection is done by Officers or Alliance Leaders in the same screen flow where Defense Tactics are selected, though unlike Tactics there is only 1 set of Bans to select which is shared by all BGs. It’s the last selection in the series after all the Defense Tactics have been selected. These bans will only apply to your Opponent and won’t impact your own Attacker Selection, and none of the Bans will impact Defender Selection/Placement. (Yes we know we said per BG Bans in our last round of messaging about this, but we hit a technical snag, this was the best way to fix it safely for now.) 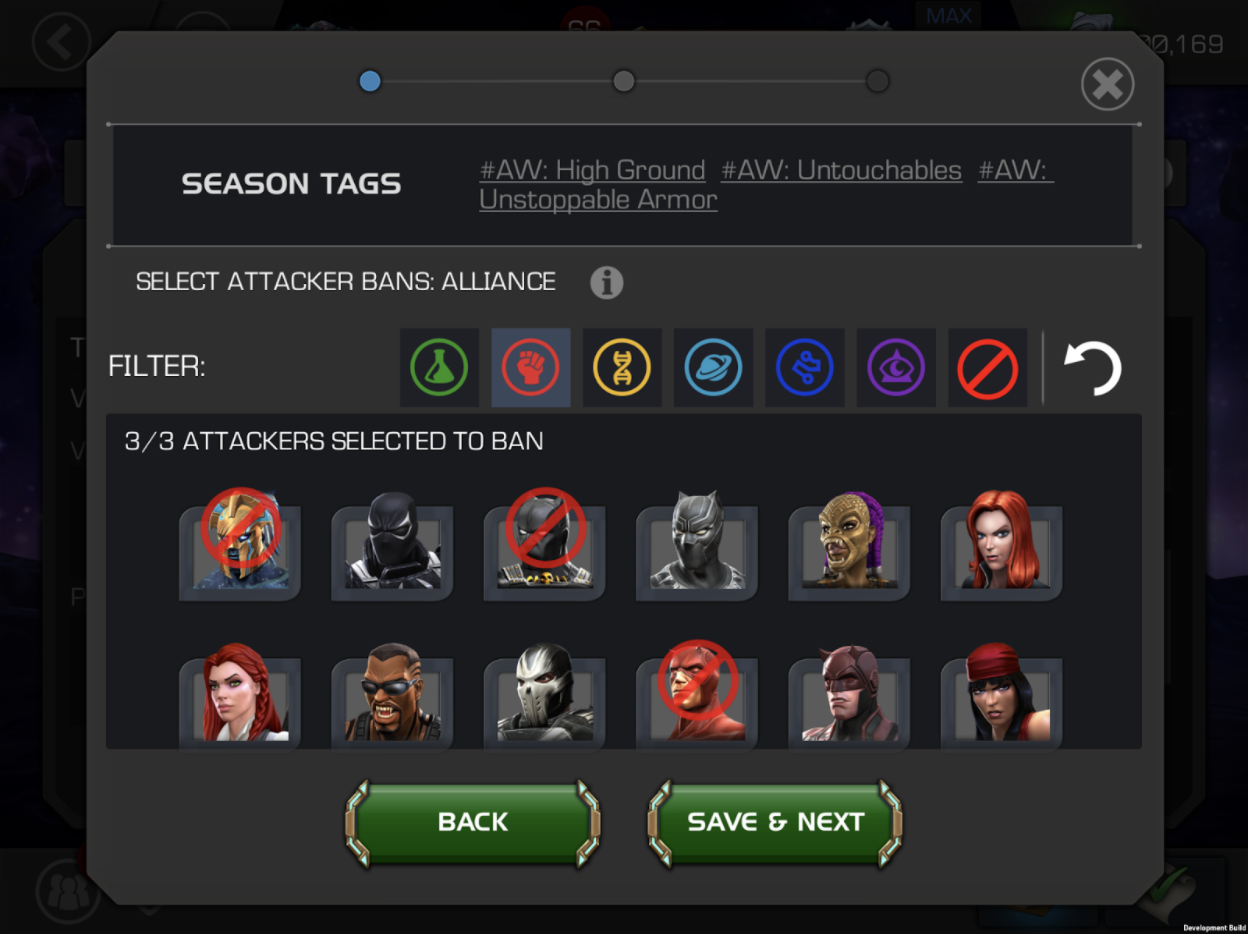 Then when Summoners enter the Champion Selection screen you will be able to view the Attackers which have been Banned away from your Alliance in the same Menu as the Opponent’s D-Tactic selections can be seen, and in your champion selection roster Banned Attackers are clearly marked as you can see below. 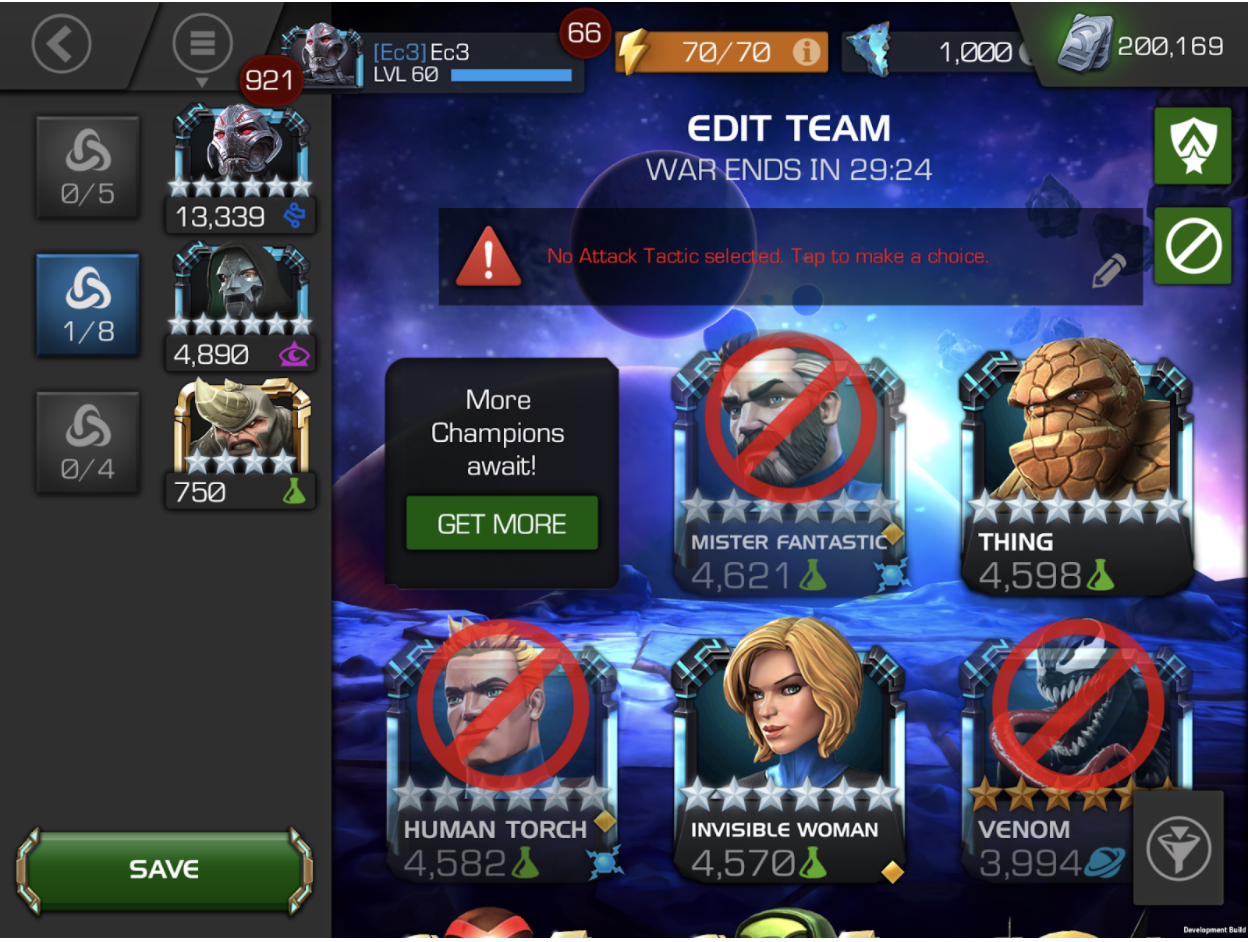 Since these are new, and potentially could have a big impact on the Meta of Alliance War, we’re going to keep a close eye on them, to see how they perform, and how they can be improved. We’re really excited to see how they shake out once they’re in your hands!

Defense Tactic
Unstoppable Armor 1/2/3
Every 20/15/10 seconds the Defender will trigger a 3 second Armor up Buff granting 0 Armor Rating. Whenever the Defender triggers an Armor Up Buff 30% chance to trigger an Unstoppable Passive for 3 seconds. This Unstoppable is unaffected by ability accuracy. While Unstoppable Defenders are Stun Immune.

Hard Map: Pick 1 of 3
No change to Hard Map Tactics
Attack: Power Down, Damage Over Time, Slow Your Roll

MINIBOSS UPDATES
With these miniboss updates, we wanted to refresh stale AVA miniboss nodes that just weren’t working to our original vision for the nodes. With the new updates, we’re to modernize the nodes to allow different champions to shine on these nodes. For example, Node 19 will reward placing champions who have hard to dex specials in their abilities, whilst Node 20 will reward placing champions who benefit from many armour up buffs.

Static Defence - 3
If the Attacker strikes the opponent with an active Armor Up Buff, there is 15% chance for the player to be afflicted with a shock debuff, dealing 50% of Modified Attack in Direct Damage over 10 seconds.

Path 6 Updates
The original vision we had for Path 6 was to make it a path where Champions who had dangerous specials could live. However, we did not reach this goal after reviewing the data, and seeing what threats were in place there. With the redesign for Path 6, we are redefining it as the Prowess path where mutants and other powerful Champions with high damaging specials can live.

Path 9 Updates
The old design of this path required players to bring too many counters to too many problems (splitting their focus between Windows of Opportunity and Hazard Shift). So in effect it very commonly became a path that was split between 2 different Summoners each war. To unify the identity, we're leaning into Hazard Shift to make a path that incentivizes the use of immunities. This should simplify what the player needs to focus on bringing, as well as create some potent combinations for new defenders to thrive.

Hazard Shift - Shock and Bleed
Striking the Defender has a 40% chance to inflict the Attacker with a Shock Debuff, dealing [30% Attack] Damage over 7 second(s). Every 12 second(s), this is swapped for a chance to inflict Bleed instead.