CALENDAR REWARDS NEED A BUFF (PLEASE HEAR ME OUT)

DERPYREVENGER Posts: 265 ★
June 2018 in General Discussion
I remember last year in the calendar when the rewards were amazing (towards January and over some months last year). There were 5 star shards (I don’t remember when, but I remember them once giving 5000 5 star shards in a month) 2 team revives were given out (in May 2017), even a Tier 2 alpha at one point (January 2017) but since then, the calendar has gone to garbage. I know they’re releasing new stuff in the game, but did they have to nerf the calendar so much? Other then the chaos rift shards calendar (which were bad and bugged,) I don’t remember when we last had another calendar running besides the monthly and daily calendar. I’m not asking for T2 alphas every month, but can we at least get something better than T2 and 3 basic catalysts, and 1000 gold, which is useless most of the time. The good thing about the calendar is the T4 basic and the revives. the new 3 star is usually trash (come on Kabam, at least buff the chance for a four star to about the same as an ultimate crystal), Everything other than the T4 basic, revives and maybe the 3 star (debatable) is just a joke.

Look at the rewards for this months and the rewards in January 2017. This is a joke! A year and a half ago, when the game was less developed, we were getting much better rewards then we are getting now! Again, I’m not asking for all of that, but the calendar is in a desperate need of a buff! 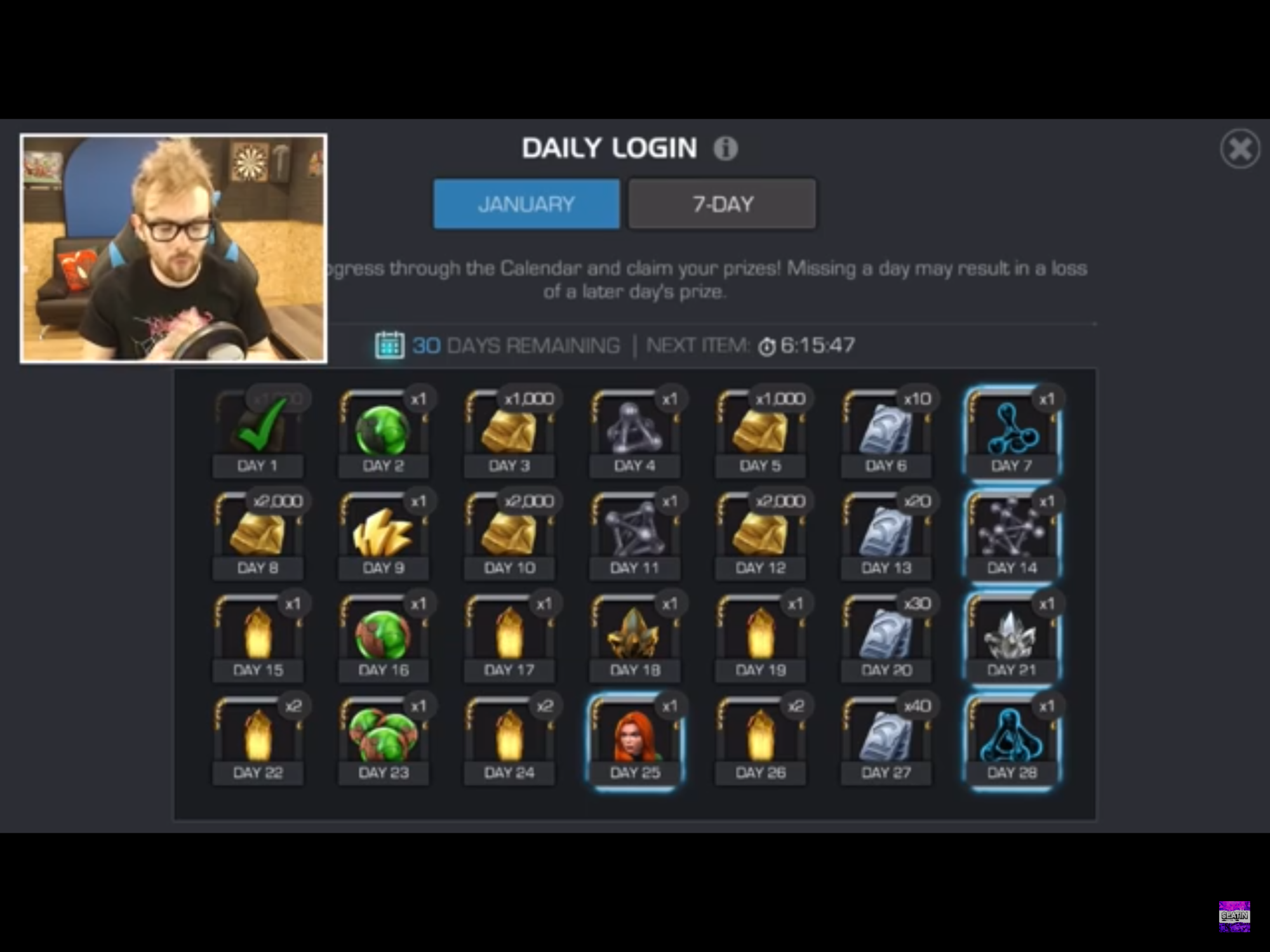 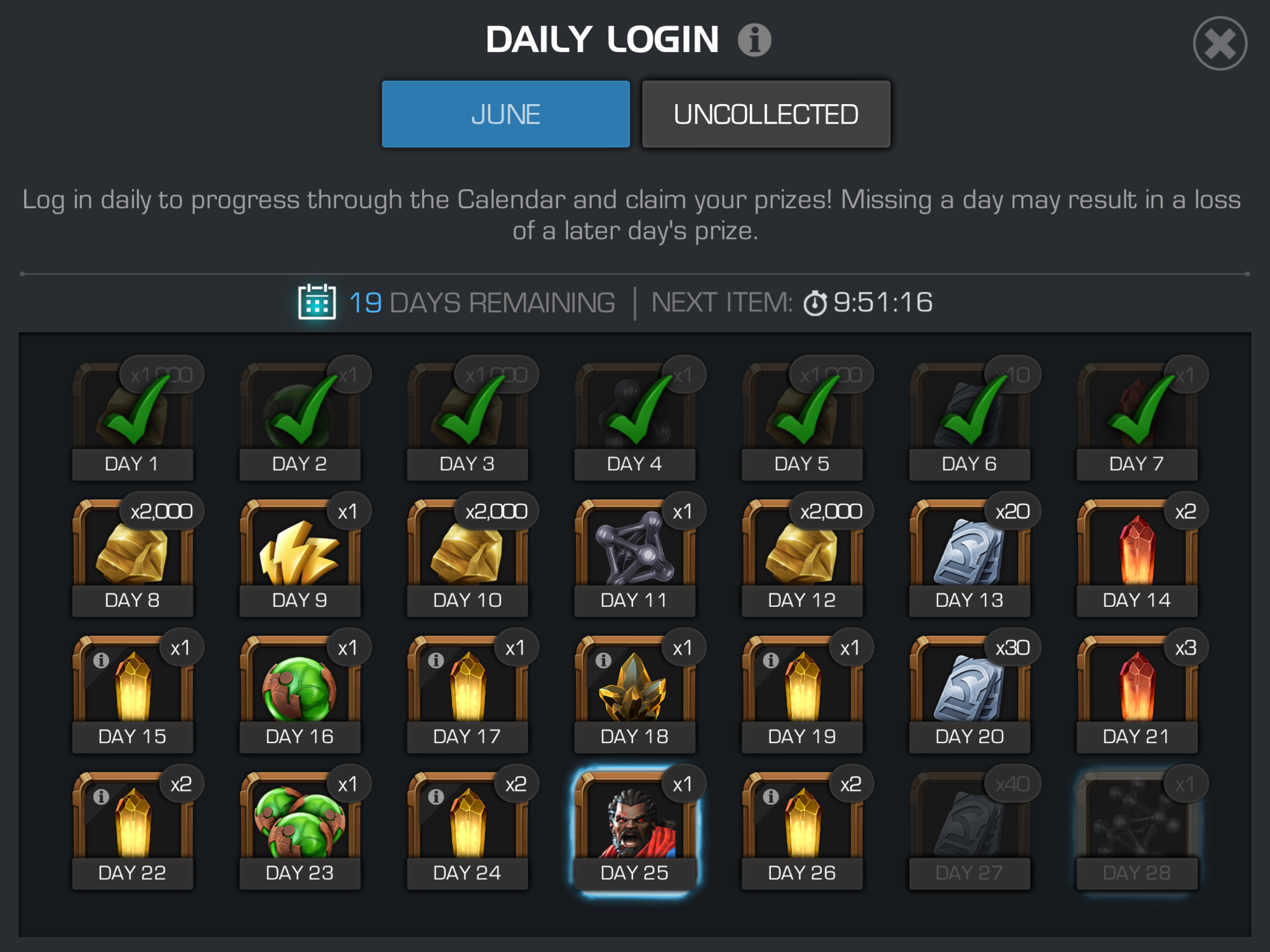