After about a year of playing this game.

ThisChannelisRIP Posts: 97 ★
June 2018 in General Discussion
It has been about one year since I started playing this game. There has been one team I wanted to use. After all, the game's ads say to "assemble your marvel dream team."
When I started playing this game, Blade and Carnage were nowhere to be found. Also, Ghost Rider was pretty new, Wolverine was pretty old, and Punisher was as rare as can be.
Flash forward to when Blade was released. I had Carnage as a 3*, Wolverine as a 2*, and I didn't have the other two. I attempted and failed at getting Blade.
I pulled Blade as a 5* Basic about a month ago. I had every champ I needed to build the "marvel dream team." All except the spicy boi himself.
Today was the day. Today was the final day. The hunt was over. The final piece was found. And it was just as glorious as it could be. 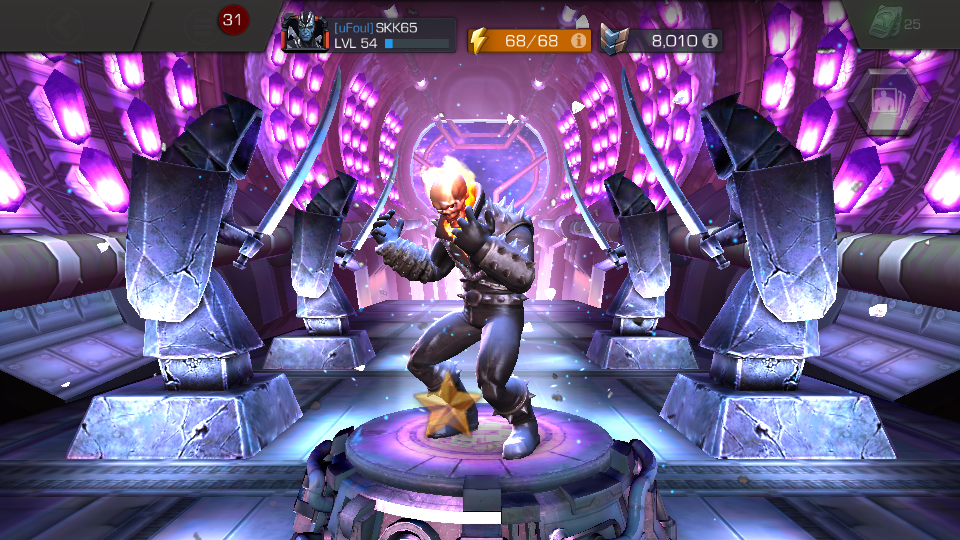