Spidergwen's SP1 is no joke 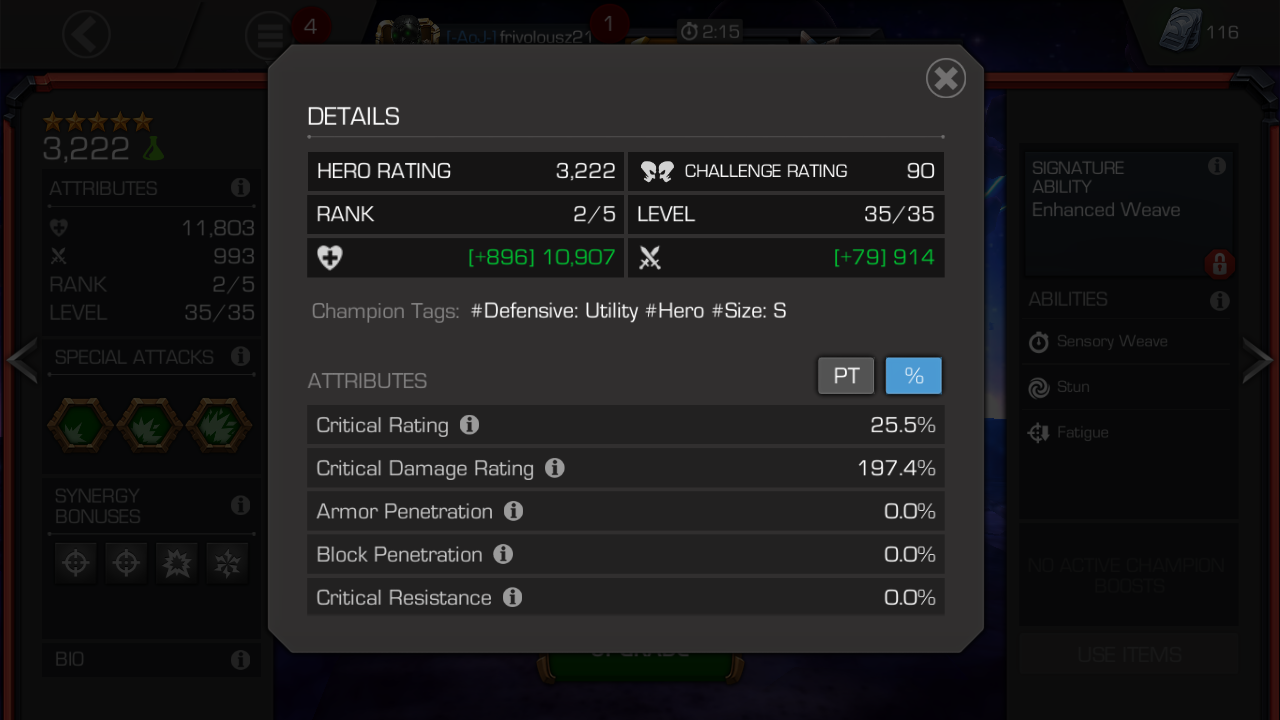 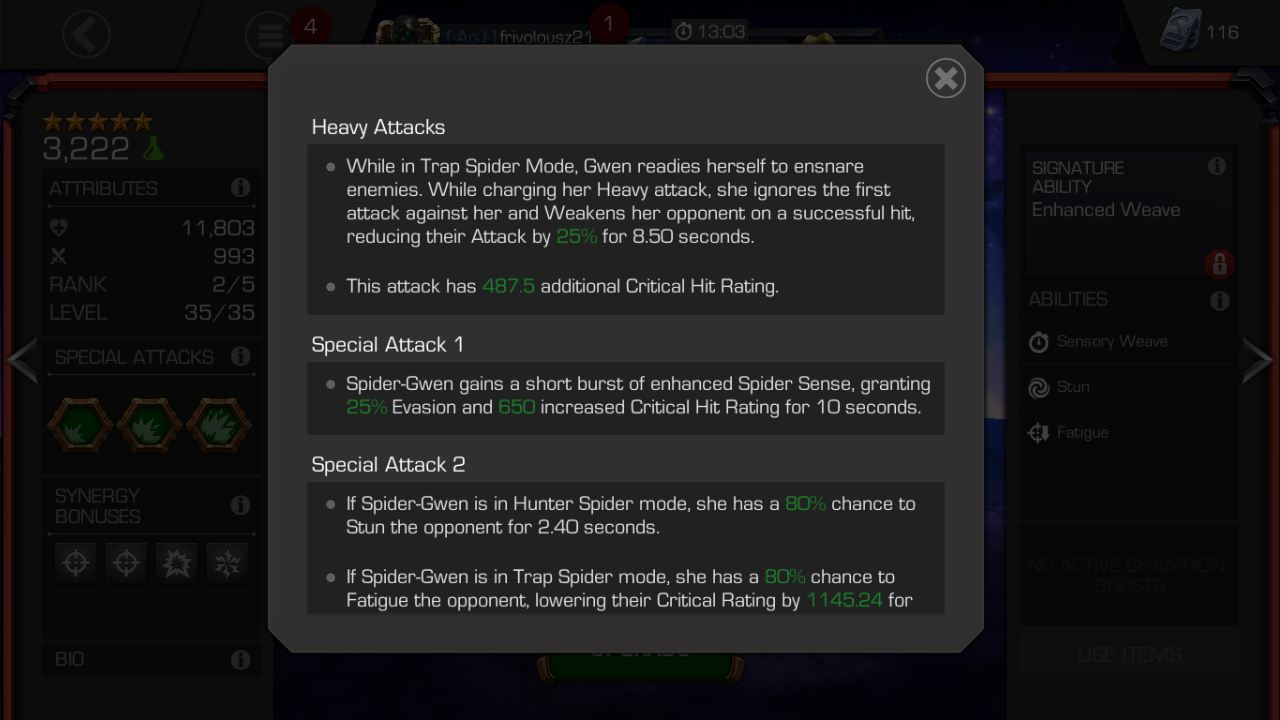 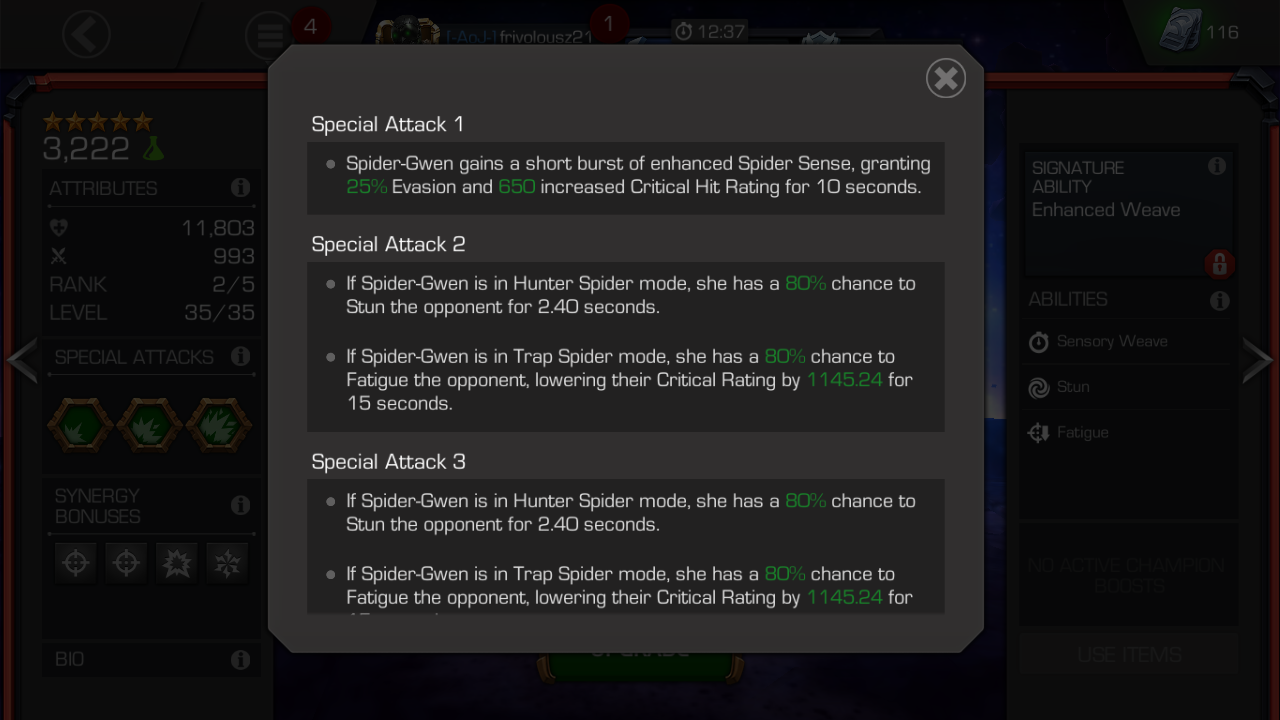 I was unfortunately stuck with her as my first five star champ.

So I took her to rank 2. But luckily pulled x-23 as my second five star so she isn't going above rank 2.

However after getting used to her. She can be a formidable evader and interception hammer.

If you put her in her TRAP mode before using her SP1 she can temporarily go beast mode.

Let her power bar reach a bar and a half and bait your opponent to attack and spam heavy. They auto miss and agree she hits them with
Close to a 1-in 2.5 chance to crit. Which automatically lowers their base attack by 25% for 8.50 seconds.

Her sp1 gives her 25% evade for 10 seconds. Which is actually very high and increases her crit rating by another 25% for ten seconds.

So that gives her an overall crit rating that's roughly 50%. Essentially on average 1 in every 2 hits are crits.

Her base attack is decent. All of a sudden she rattles off a 6,8, 10 hit combo and half are crits dealing big damage.

If her sp1 is up again you can spam it to evade back from a counter.

If your opponent tries to dash attack you can either try to parry it after her dash back or block and heavy which auto evades and crushes her opponent with likely a heavy crit.

And also lowers their base attack by 25% reinforcing her class advantage again.

Anyways I know she isn't all that.