To know basic mechanics in detail.

Anurag1606 Posts: 1,119 ★★★
July 2018 in Strategy and Tips
Hello friends. Even after playing this game for 13 months now I fail to understand the basic mechanics of the game. I maybe a noob at this but I really want to know more. How does attack and damage correlate? How much is damage when it crits when it not crits. I have lot of questions on this. I also know that challenger rating plays a part. But for simplicity let's take an example of my 6 star GG fighting against another 6 star tech champion. This way there is no class advantage or disadvantage and no role of challenger rating. I am posting pics of my 6 star GG for further discussion. 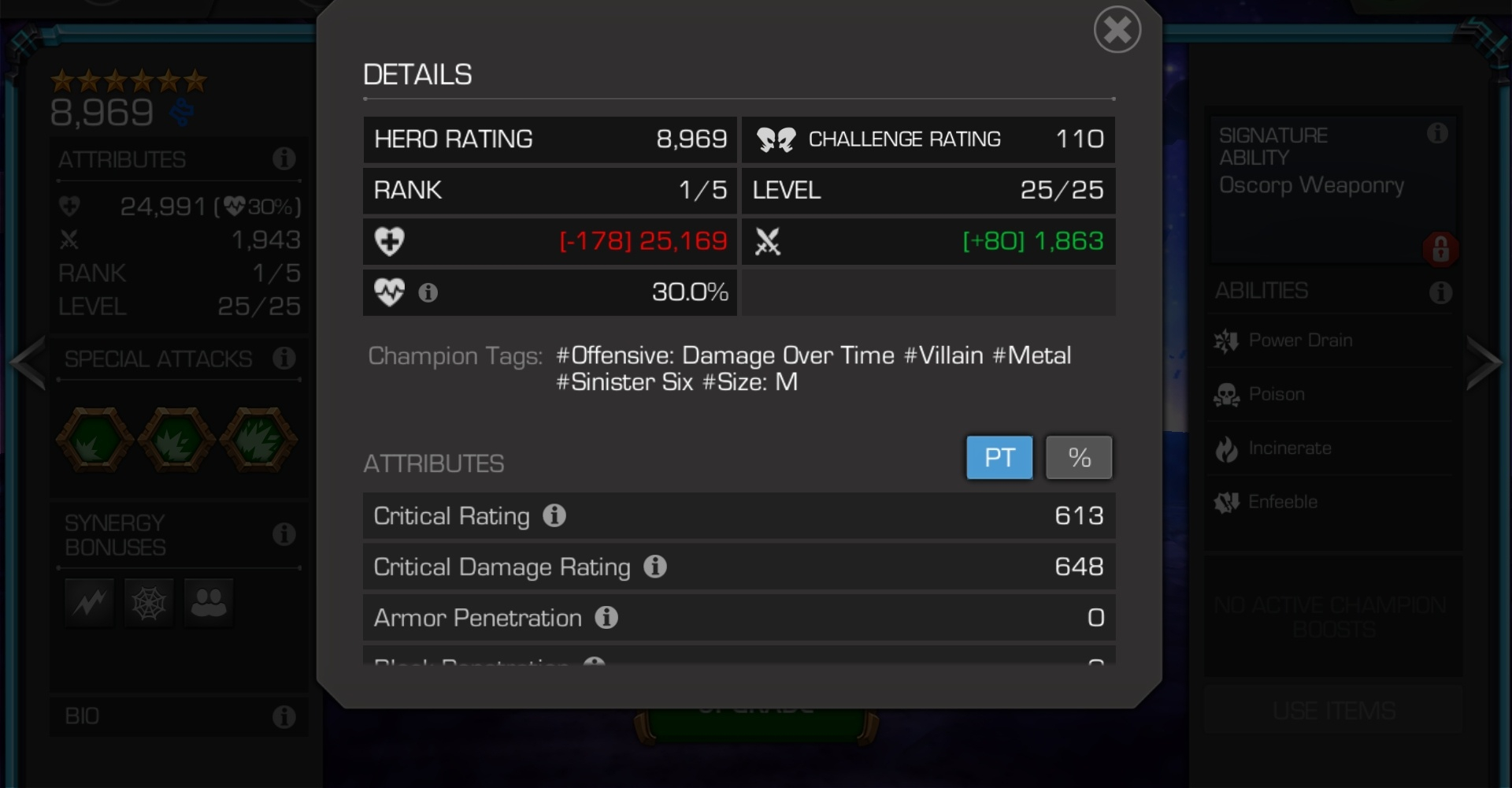 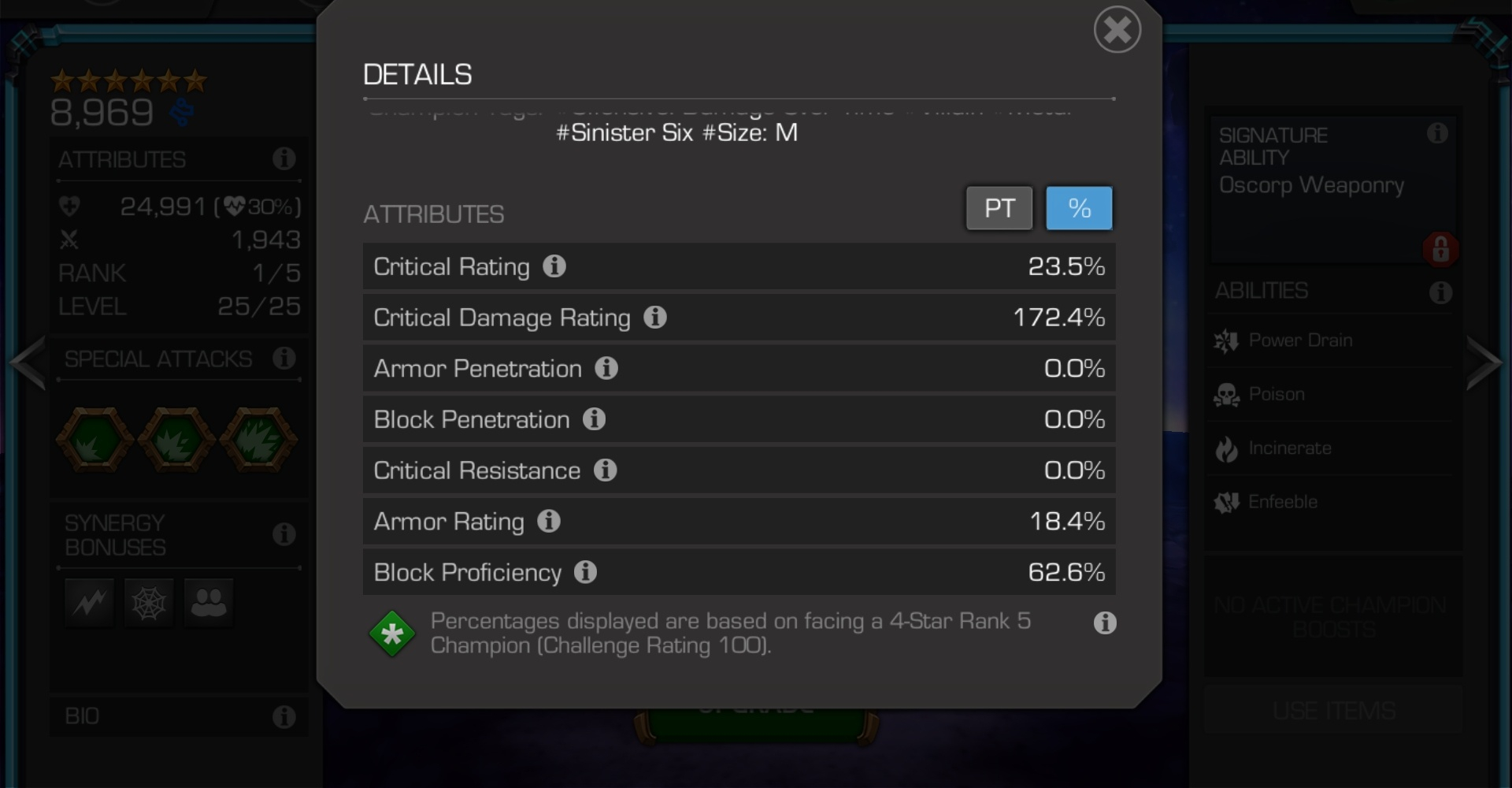 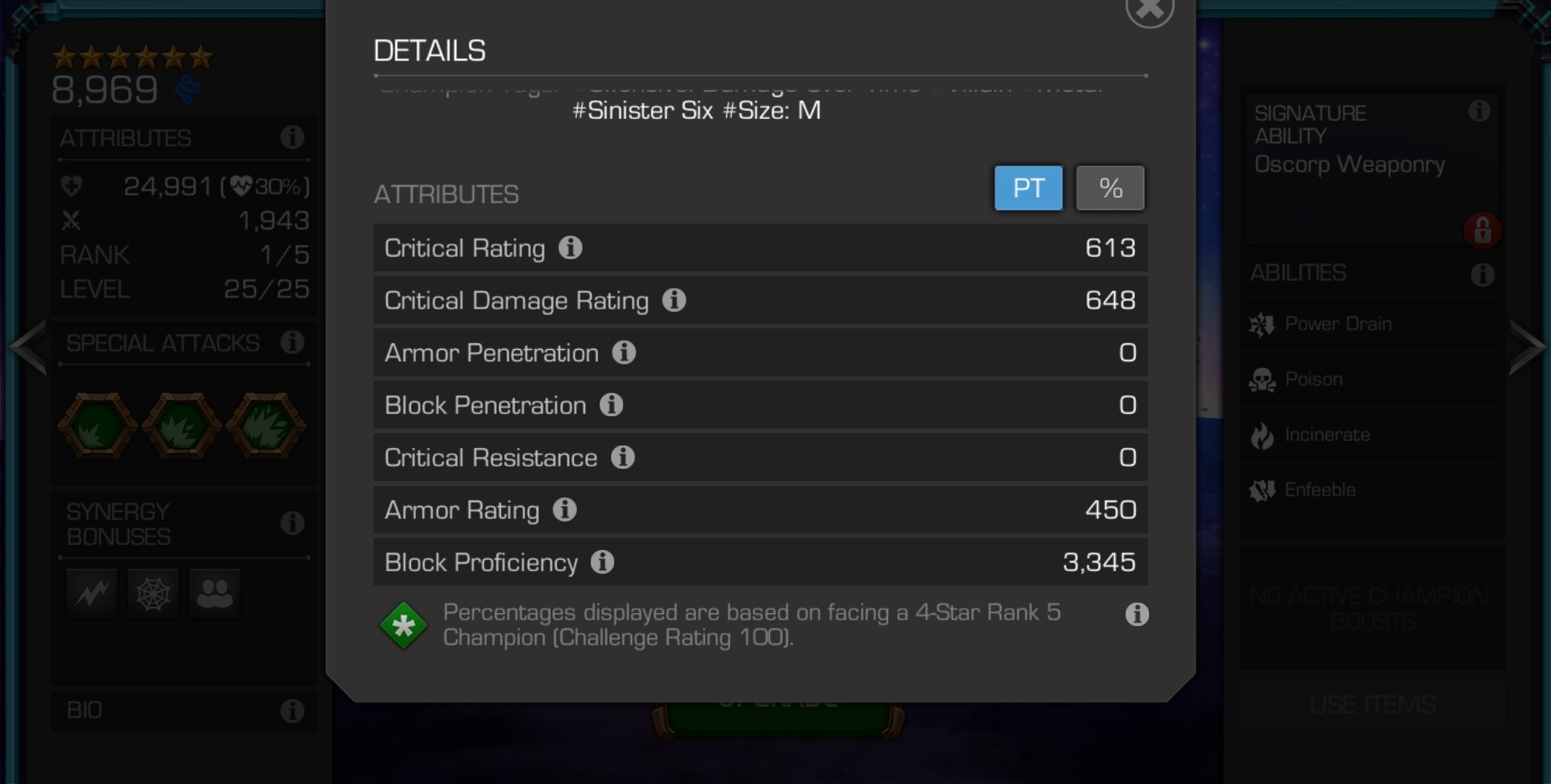 Now as you see attack is about 1900. So does it mean that normal damage is 1900 or it is 1900 when it crits? Kindly help me decode this simple thing as I see so much variation in damage throught on normal basic hits. Thankyou and appreciate for your forthcoming help and comments.