MCOC Team Posts: 153Administrator∙Moderator ›
March 6 edited March 30 in News & Announcements
You’ve put an end to the Mad Titan’s Wrath! But now, there are reports that Doctor Doom has taken over a part of the Battlrealm. Your Alliance is needed to investigate the situation. Prepare for a Lateverian Infiltration!

At the end of your expedition into Latveria, you’ll be faced with the ruler of the Nation, Doctor Doom! You’ll find him across all 7 Maps, but as he takes the Boss spot, we’ll be changing some of the Minibosses across all of the Maps. 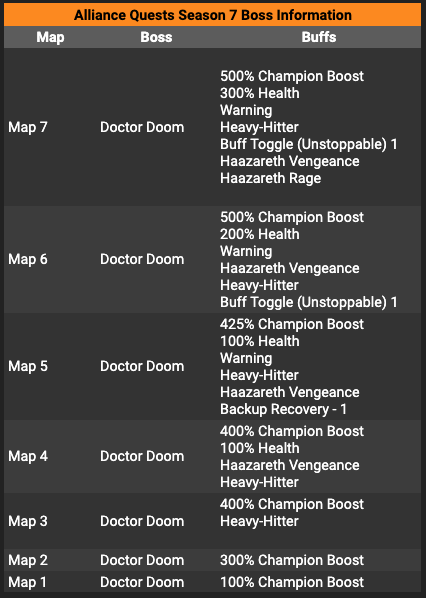 There will also be a refresh of some of the encounters and buffs throughout the Maps.

A New Variation for Map 6:

For the first time ever, we’ve added Variations to Map 6! That means that you can look forward to a more dynamic series of Challenges.

Say goodbye to Drones, Sentinels, and Symbioids. Doom has no use for them when he has an army of Doom Bots! Doom Bots will be taking the place of all 3 of these Minions at launch. Symbioids and Ultron Drones will return in the future.

We’re adding 3 more possible Alliance Quest Modifiers to the pool of Modifiers for each of the 3 difficulties. Your Alliance will still only be able to choose out of 5 Modifiers each week, but they will be randomly selected out of the 8 Available.

Master Buffs
- Explosive Personality: When the Defender Blocks an attack, they activate an Armor Up Buff, boosting Armor by 25%. Upon reaching 5 stacks of Armor Up generated by Explosive Personality, Armor Up stacks explode and remove 25% of the Attacker's Max Health.
- Kinetic Transference - 2: Blocked attacks cause the Defender to gain 7.5% Power. If the Blocked attack dealt 0 damage, the amount of Power gained is doubled.
- Personal Space: While the Attacker is close to the Defender, the Defender gains a Fury Buff every 3 seconds, increasing their attack by 10% permanently. Staying far away from the Defender causes these Fury effects to gradually fall off. 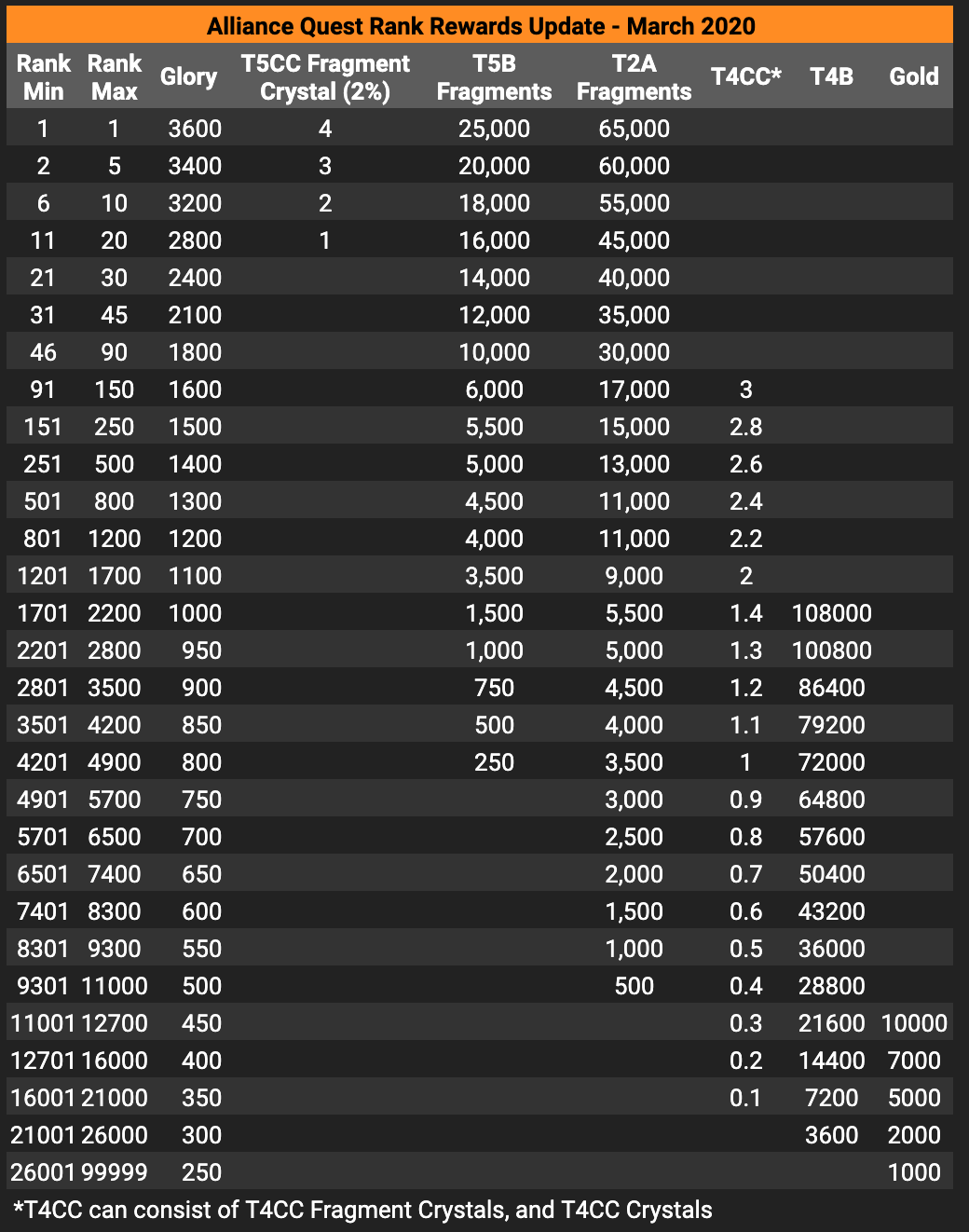 A lot of the Mid Tier Rewards have been spread out among lower ranks, but don’t worry Alliances at the higher end of the Ranks, you’ll still have better access to them more than ever with the latest update to the Glory Store! 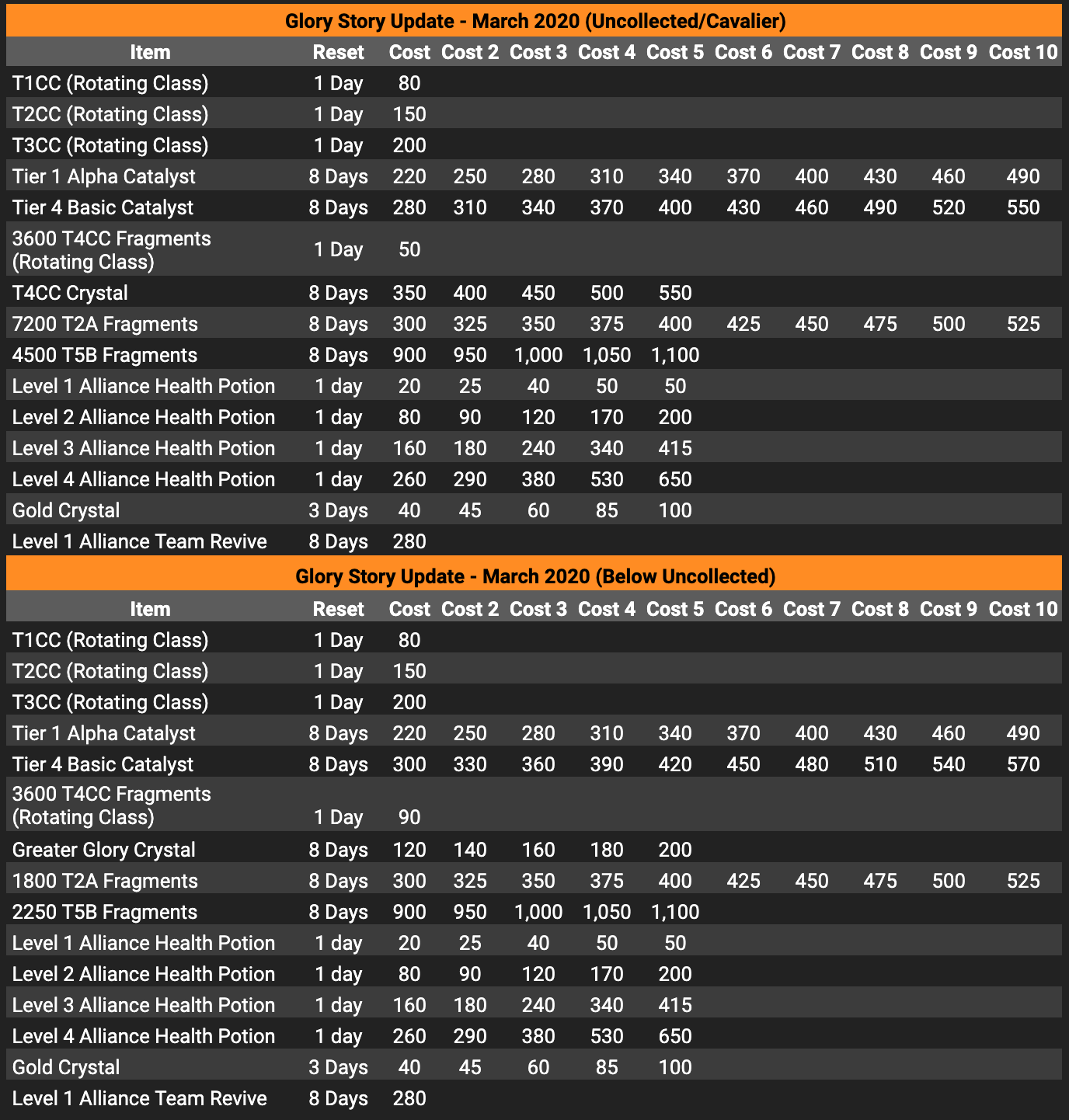