Broken champions, the champion itself or synergy 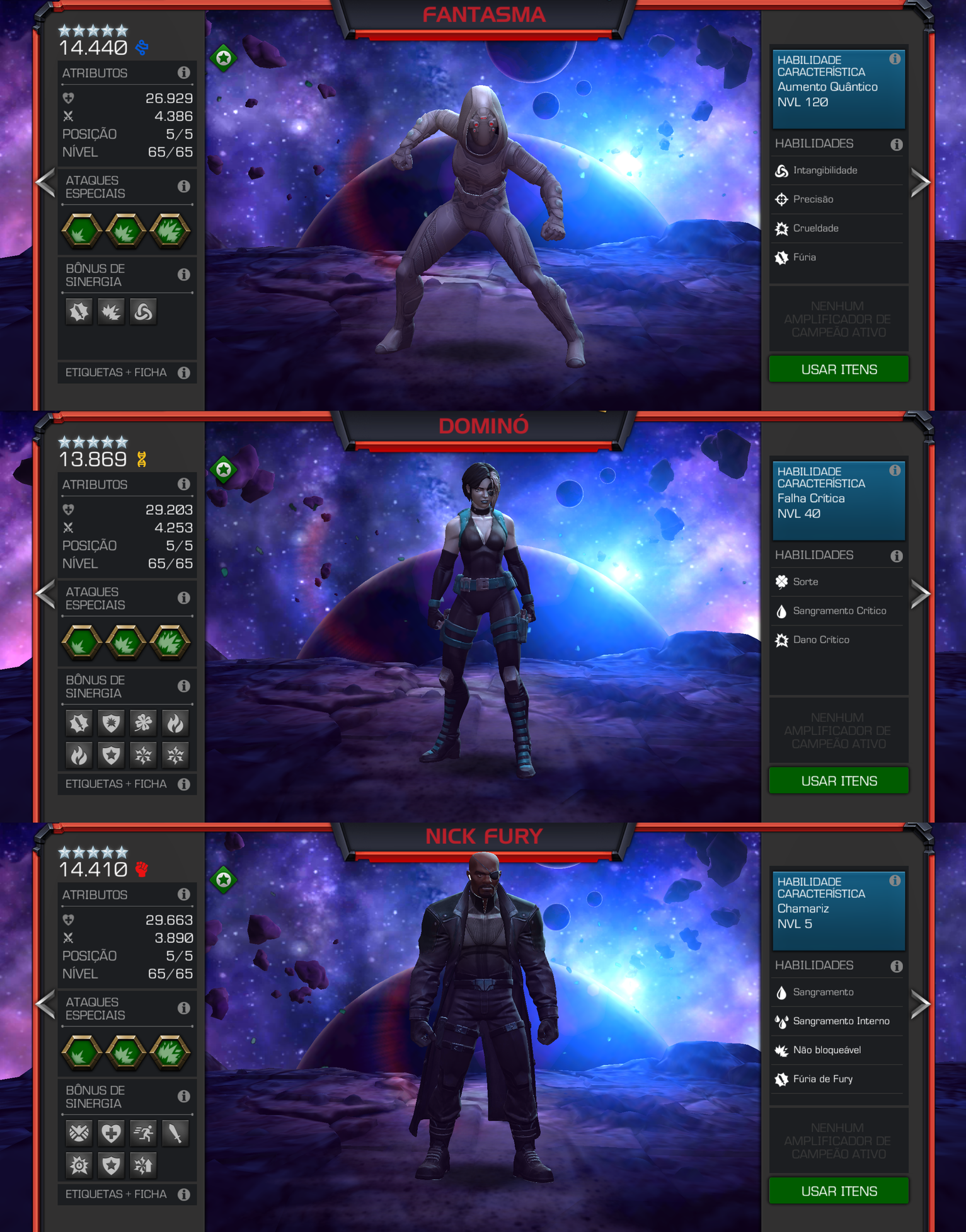 Champions that Kabam missed, either in the champion itself or in synergy.

Ghost: practically immune to all debilitations that cause damage, in addition to transforming debilitations into passive furies, gains fury and cruelty and with guaranteed insane specials, it is no longer enough to be OP, synergies make it become much more OP.
With the Wasp special non-blockable, with The Hood, you will not take damage when you have intangible, you can take S3 that will not take damage.

Domino: has insane bleeds, excellent block, excellent specials.
Her synergy is the best, the most that changes a champion, with Red Hulk, her heavy attack, already has a very good damage, then it makes an insane incineration, then put the Masacre, as debilitations lasts 1 second longer, it kills the vast majority very quickly.

Nick Fury: which causes more bleeding with high damage, the monstrous bleeding then lasts 1 second, then put the Deep Wounds Full, goes from 1 second to 3.5 seconds, melts any champion that is not immune to bleeding.

Quake, I don’t have a 5*, but from what I see, she’s the champion that covers more area in the game, a 5* already does a lot of damage, when the 6* version comes into the game, then the damage will be much bigger and it doesn't need duplication, the 6* version is better to hold for longer.

I'm posting this to Kabam when adding champions, paying more attention to the potential it can have, champions with fury, cruelties and guaranteed criticism in the specials, the damage is insane, others with synergy that causes huge extra damage, others that have bleeding short, but with Deep Wounds they make it insane.
5