At this point I just have to make this post.

Notscepy Posts: 28 ★
January 26 in General Discussion
I have geniunely not seen a worse 6 star roster. Now I'm not crying, not whining I know it's just RNG but I seem to be at the harsh end of it. I know a good pull will come eventually. 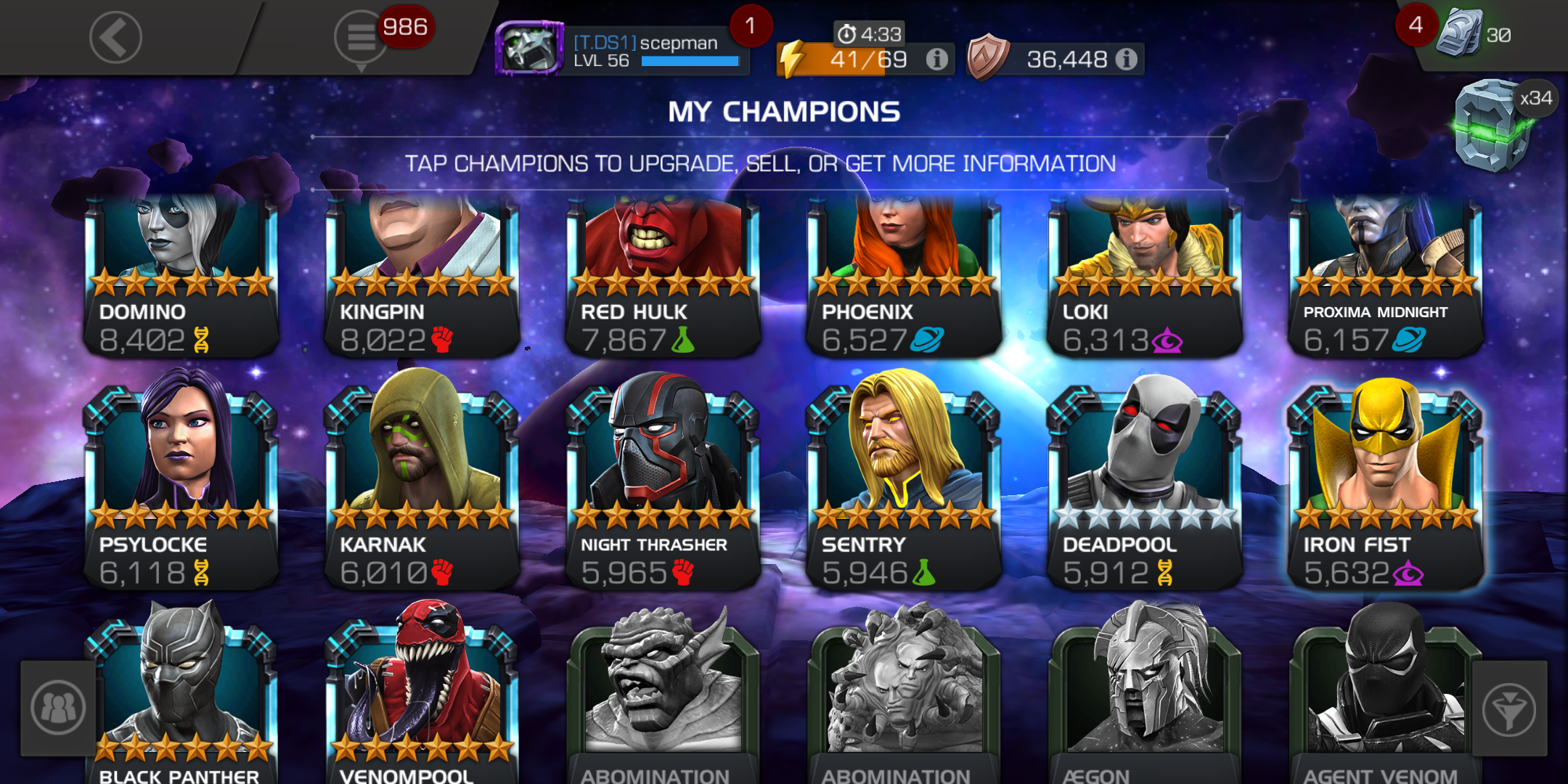 With the shiny iron fist being the latest addition.