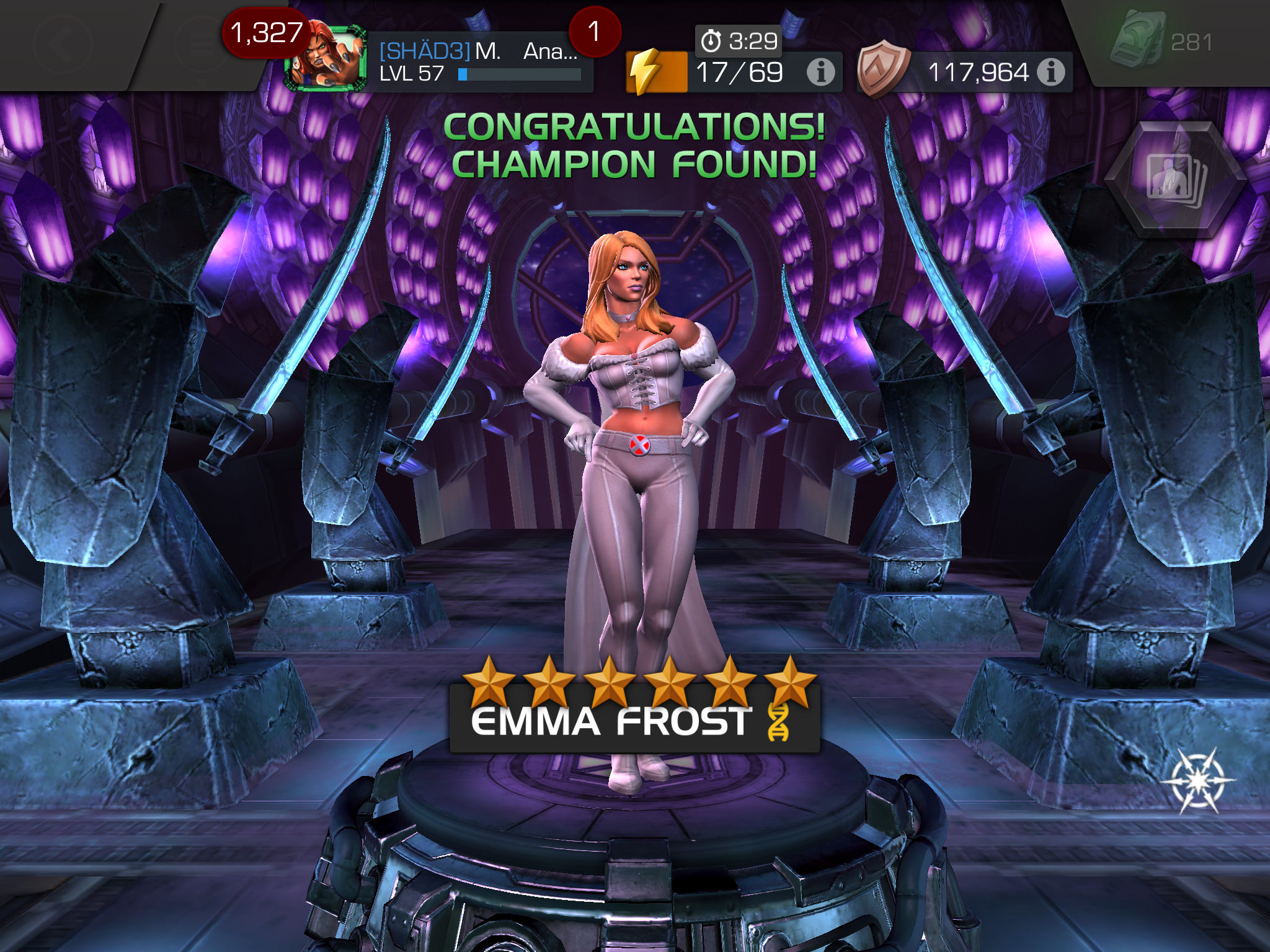 And I'm not sure wether to rank her up or no, I do feel like she's great but I'm very stacked in the mutant department and she'd just be overshadowed, so is there anything that she'd do better than the likes of aa prof X, mags, Havok, and Colossus? And do you think syn sup is worth r2s with a rank up gem if I already have the 5* at r4