What is the maximum 6* prestige as of right now?

TP33 Posts: 1,460 ★★★★
July 2021 in General Discussion
Prestige. One of the most sought after and competitive statistics in the game. With the introduction of Hercules the highest possible prestige has actually increased. However a question I’m sure many have been thinking of before, what is the highest prestige we will get?

Now thanks to certain changes made recently this can be calculated, however there are some things we have to think about here. I will be calculating the “maximum prestige” we can currently achieve, meaning, how high would your prestige be with full 6* rank 5/65 sig 200 champions? Now we can’t get them yet, meaning this is a theoretical analysis only.

This means the following 3 things could change this result when we finally do get to the stage of 5/65 6* champions
1. We could have more champions with higher prestige than Doom, Surfer etc. meaning this number could change over time
2. It is possible, that we have 7* champions at the point we get 6* rank 5s. Not saying we have to or that this is confirmed but it is possible they will have higher prestige
3. We could have other prestige altering methods in the game at this point in the far future. I have no idea what form they will take but it is a theoretical possibility that kabam introduce “prestige boosts” in order to get higher AQ rewards, meaning new maps won’t need to be introduced etc.

At sig 0 (unduped) their prestige is

Now we calculate the differences between these numbers, which will tell us the prestige value of all 200 sigs

Now there is an interesting pattern there but I will probably save that for another post. Bonus points if you can guess what I’m thinking here.

Kabam have also given us this amazing resource where we can see champions abilities before we get them, allowing us to figure out who we want to hunt and what utilities we seem to be missing. However they also gave us the 6* R5/65 versions of the champions to look at and gauge numbers wise. Using the above numbers adding them onto the unduped 6* R5 numbers we can calculate each champions prestige. Below I shall attach images of each champion so you can see for yourself. 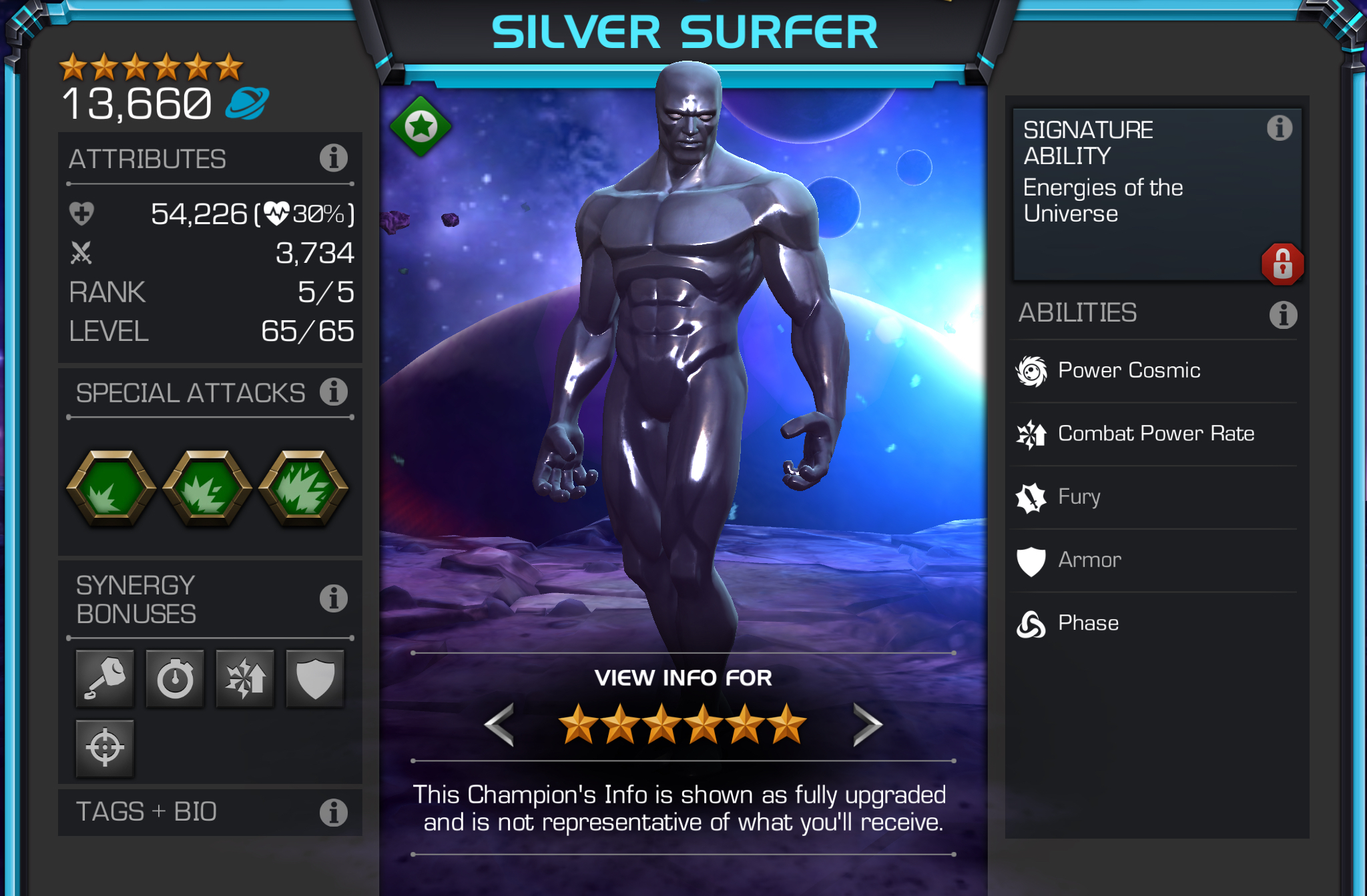 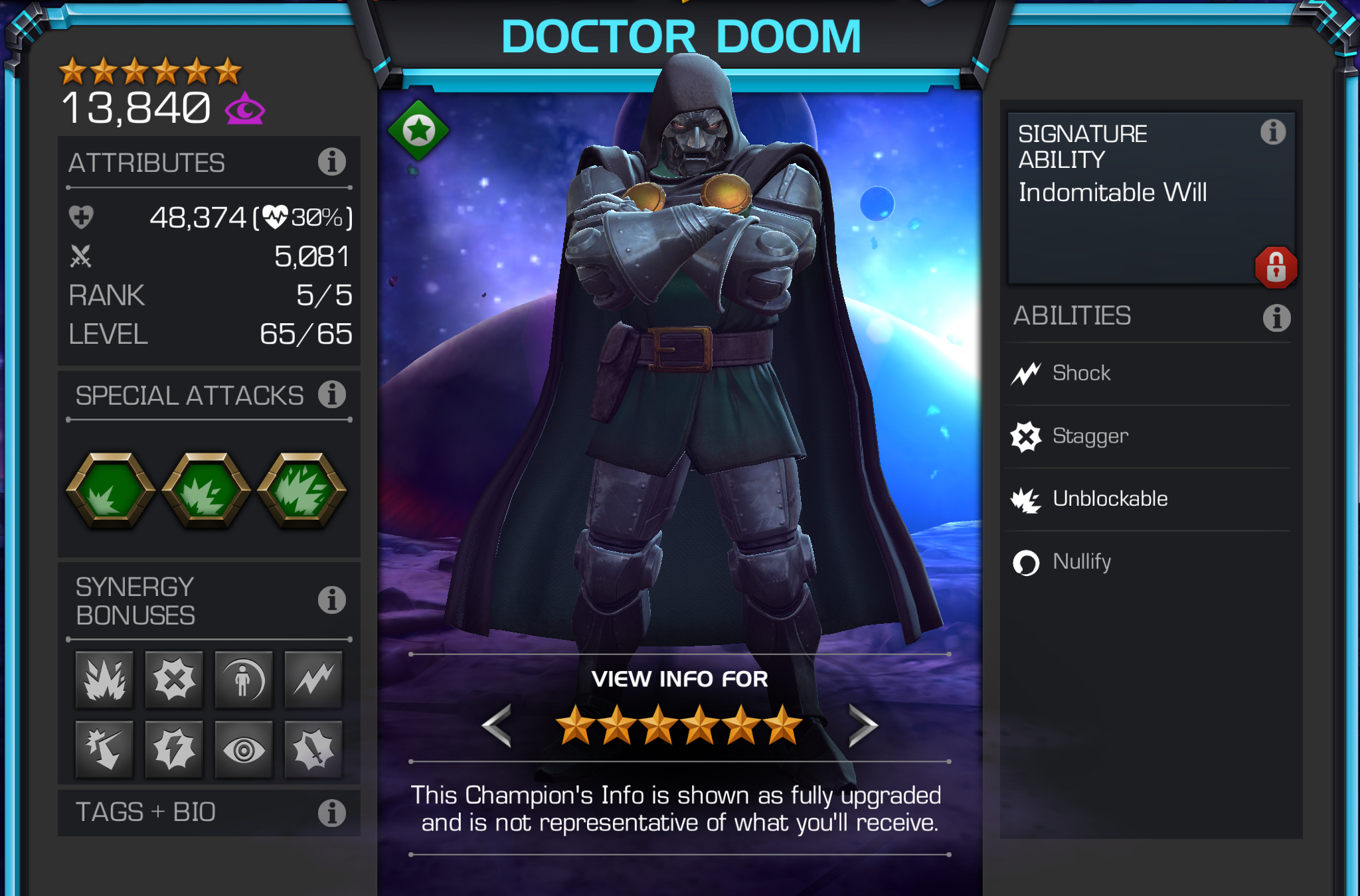 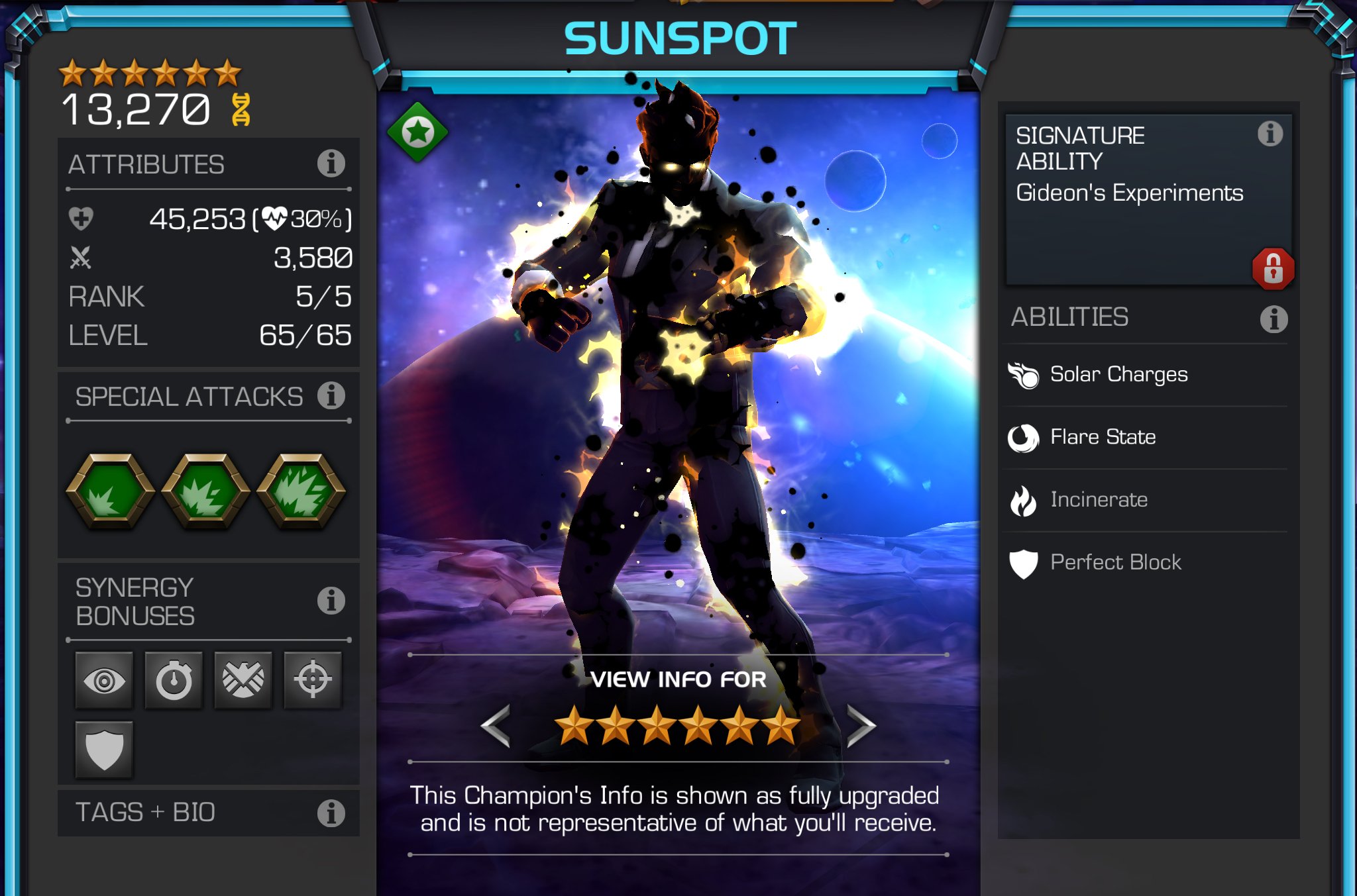 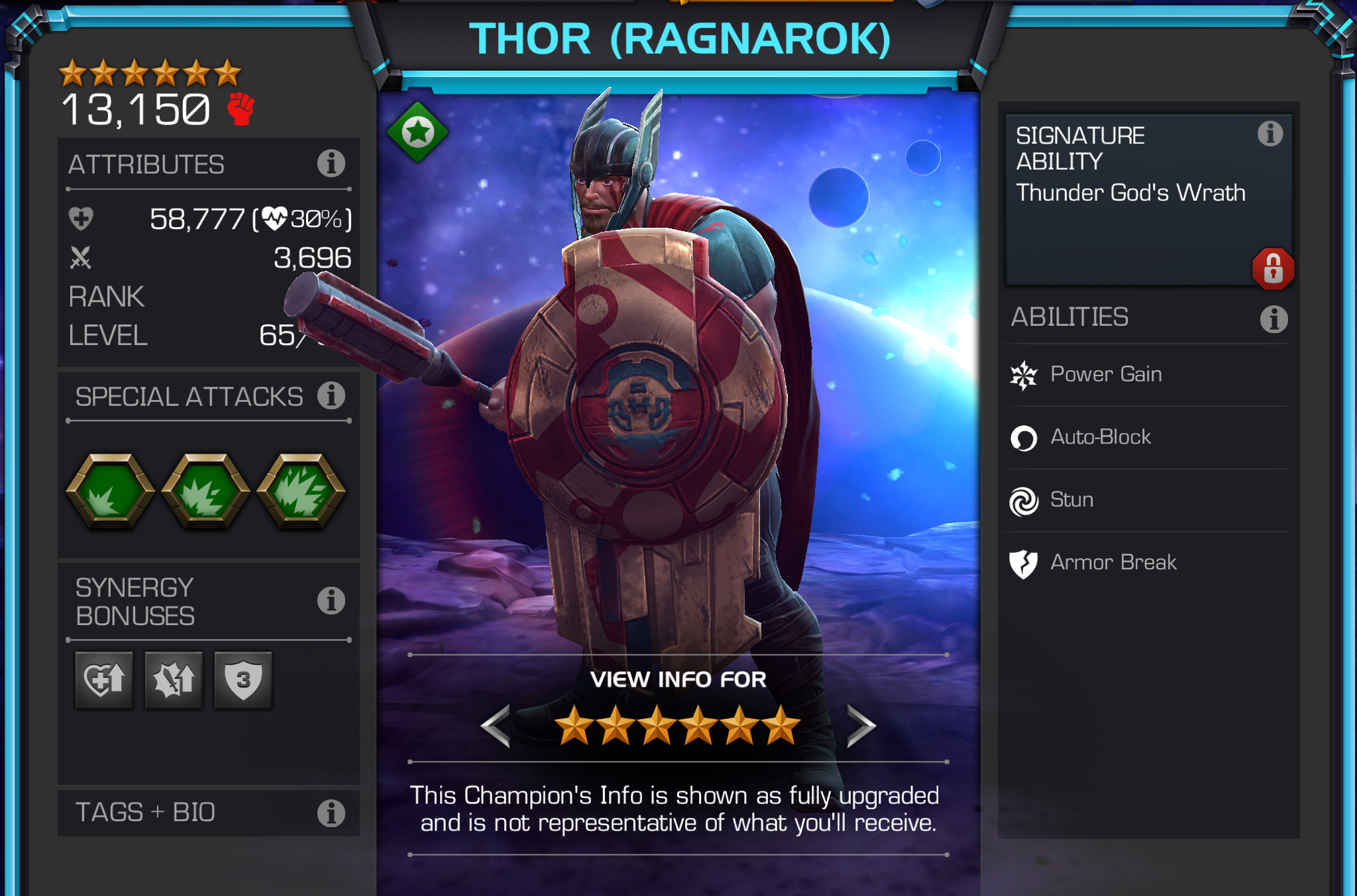 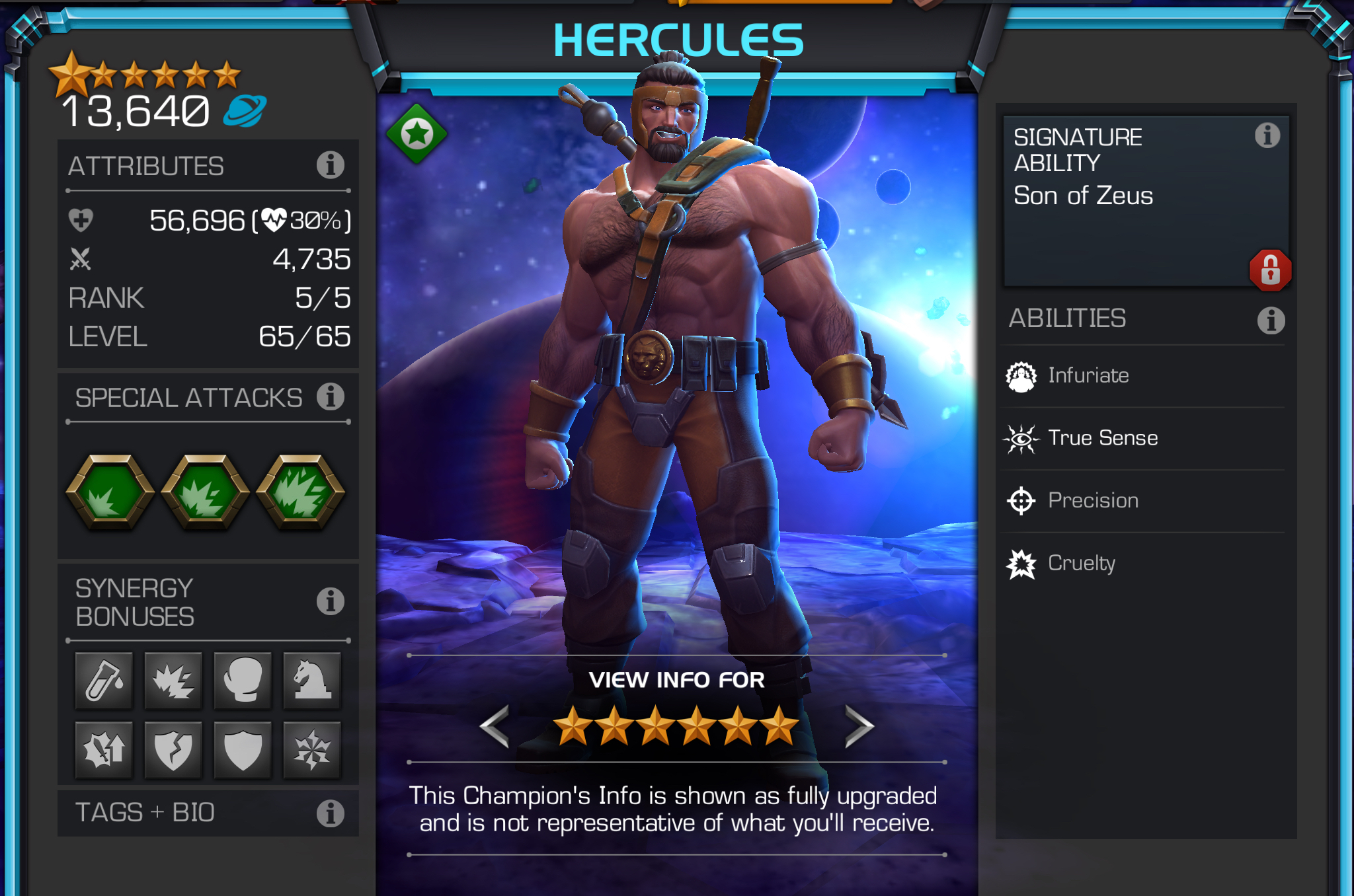 Now if we add all our lovely numbers together we get

Add all these together and divide by 5.

High number. It’s also interesting that Thor Rags has the lowest unduped prestige at R3 and R5 however at R3 he manages to overtake Hercules with the sig ability, yet at R5 he’s the only one to drop below 17k, I feel like there are champions like the Overseer or namor who migh actually have higher R5 prestige than him and I will update this thread after further investigation if so. Prestige is something that, despite not having a lot of it myself, has always interested me as it’s something so revered and ‘important’ that tiny increases can make huge differences and ultimately it’s what is driving the game forwards.

17167.8 is the number to beat, will be an interesting point when that gets overtaken and I look forwards to it.
10