GrassKnuckles Posts: 1,349 ★★★★
October 2021 in General Discussion
Well Kabam posted the nodes for the finals in Summoner 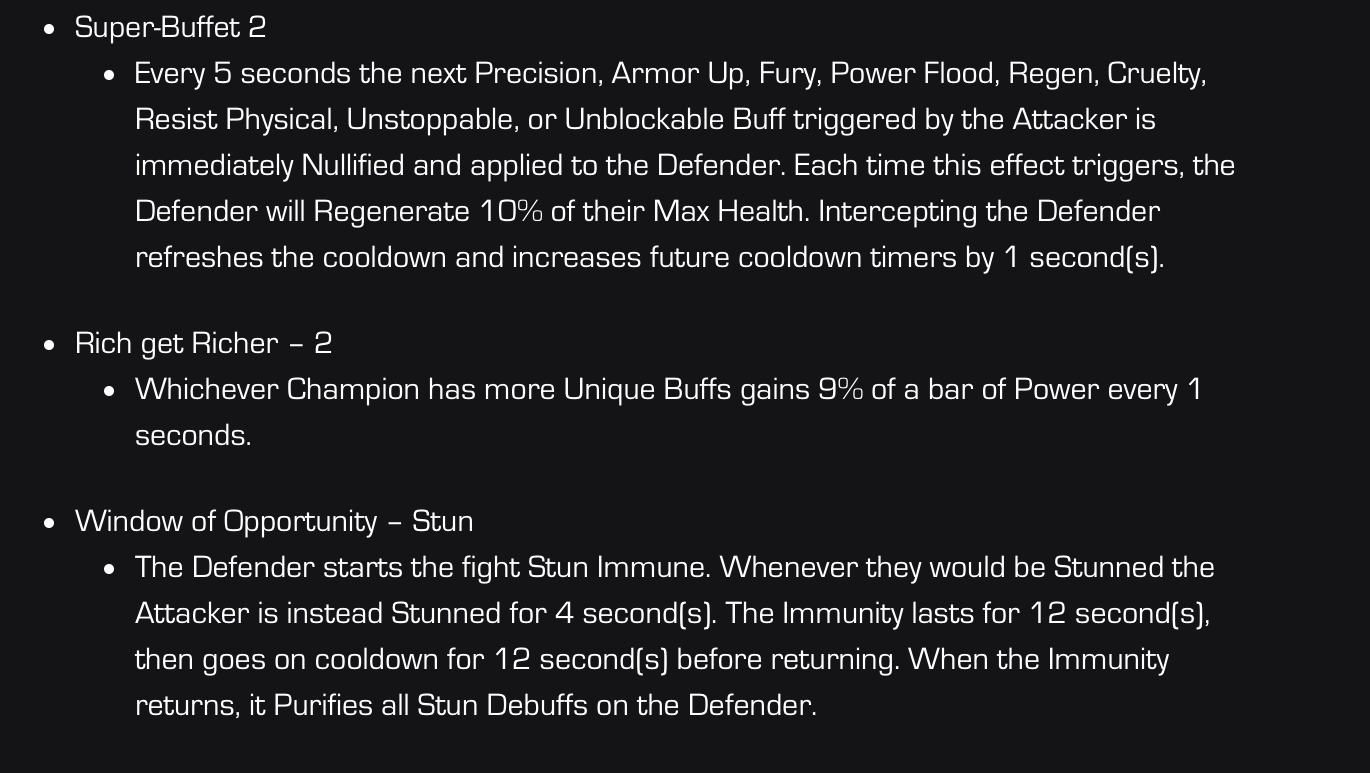 I can’t believe I’m saying this but it’s even worse now. Lemme explain. When u “Dexed” an attack in the Semi Finals u would get a precision which would trigger spite, then the opponent decides to be passive and hold block or just simply not throw a SP meaning u have a very high chance of dying. We all saw this and were like “Dude, these nodes suck.”

I made a discussion yesterday about it and was very happy to see that almost everyone agreed that it’s not a game of skill it’s a game of RNG. We all hoped that these nodes might be changed. So I went to the MCoC news page to see if they had happened to release the abilities to the Nov. Champions and I saw there was an update on the Showdown. Naturally I looked and noticed new nodes.

When u now dex, you’re gonna put a buff on the opponent now and combined with Rich get Richer he’s gonna have power gain for even longer. Now u can prevent it with buffs on yourself but still this is not good. I’d also like to point out that Red Guardian and Spidey 2099 aren’t allowed. Kabam, I can’t say this enough. This is not good.
19
«12»