Da_Panda_Simp_69 Posts: 6 ★
November 2021 in General Discussion
Well, I was just using my 3* Guillotine 2099 for fun. I had Beta Opt In already on in the settings. When I finished the match using an SP3 to ramp her up while the opponent was at 5% health(guaranteed kill), Her SP3 damage was 77 Billion. The highest damage ever seen in this game is somewhat like 2 billion, as seen in the biggest hit. This is something I was really surprised to see. 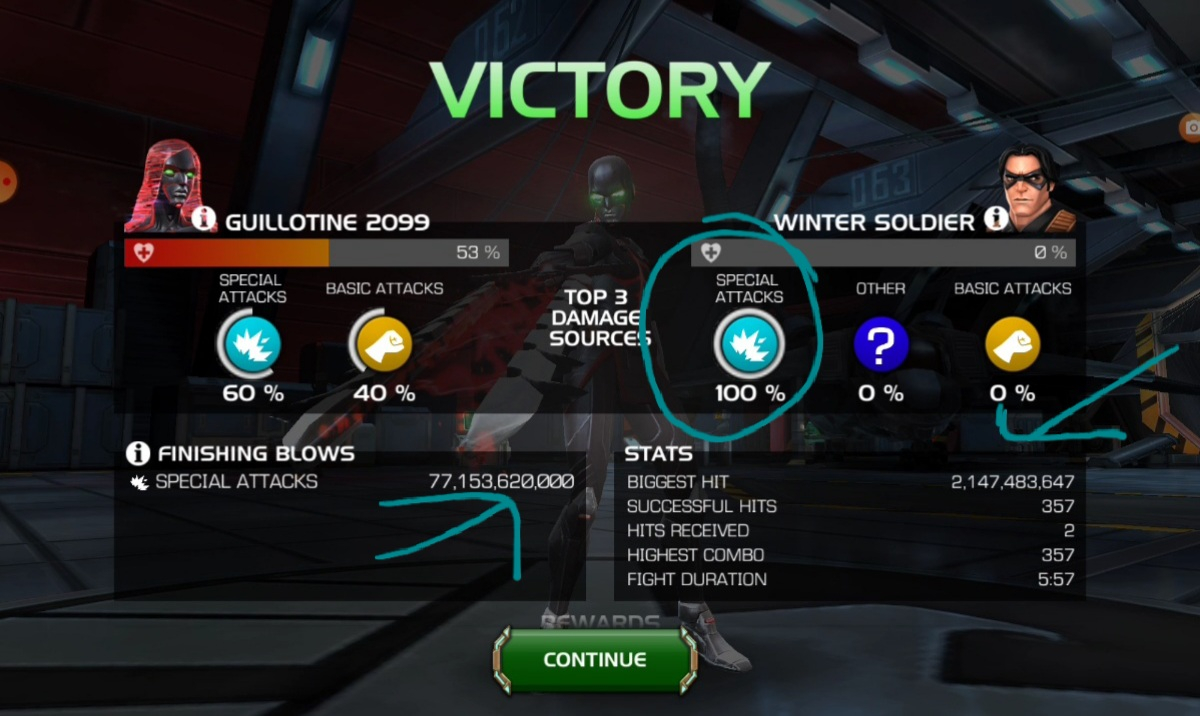