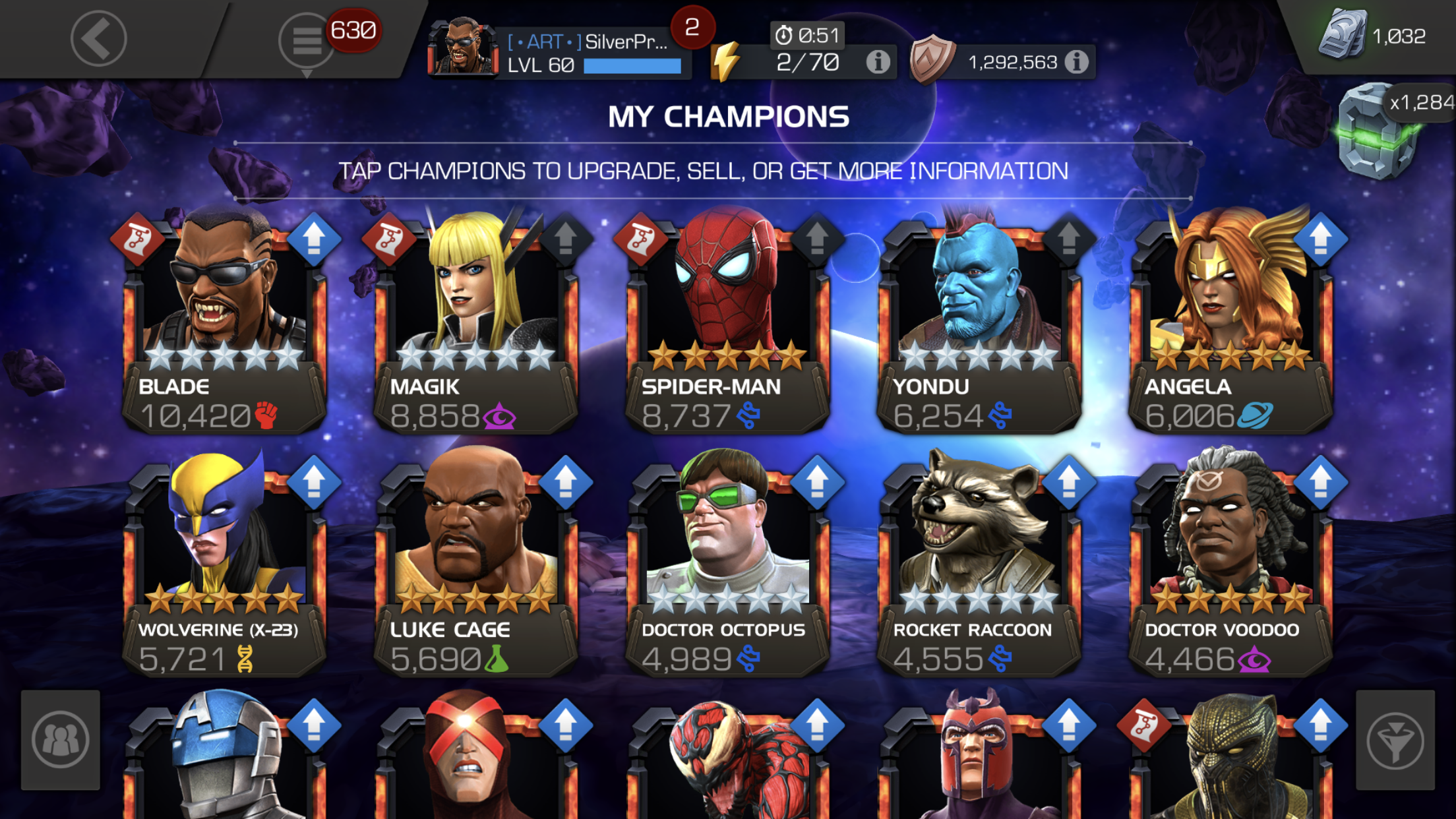 I’m torn between Blade and Starky. Also, KM is down there that can be ranked up.