dkatryl Posts: 673 ★★★
December 2018 edited December 2018 in General Discussion
While this is technically a RDT thread, I'm not asking for reasons of compensation or such, but simply because they were given out last year at around this time: 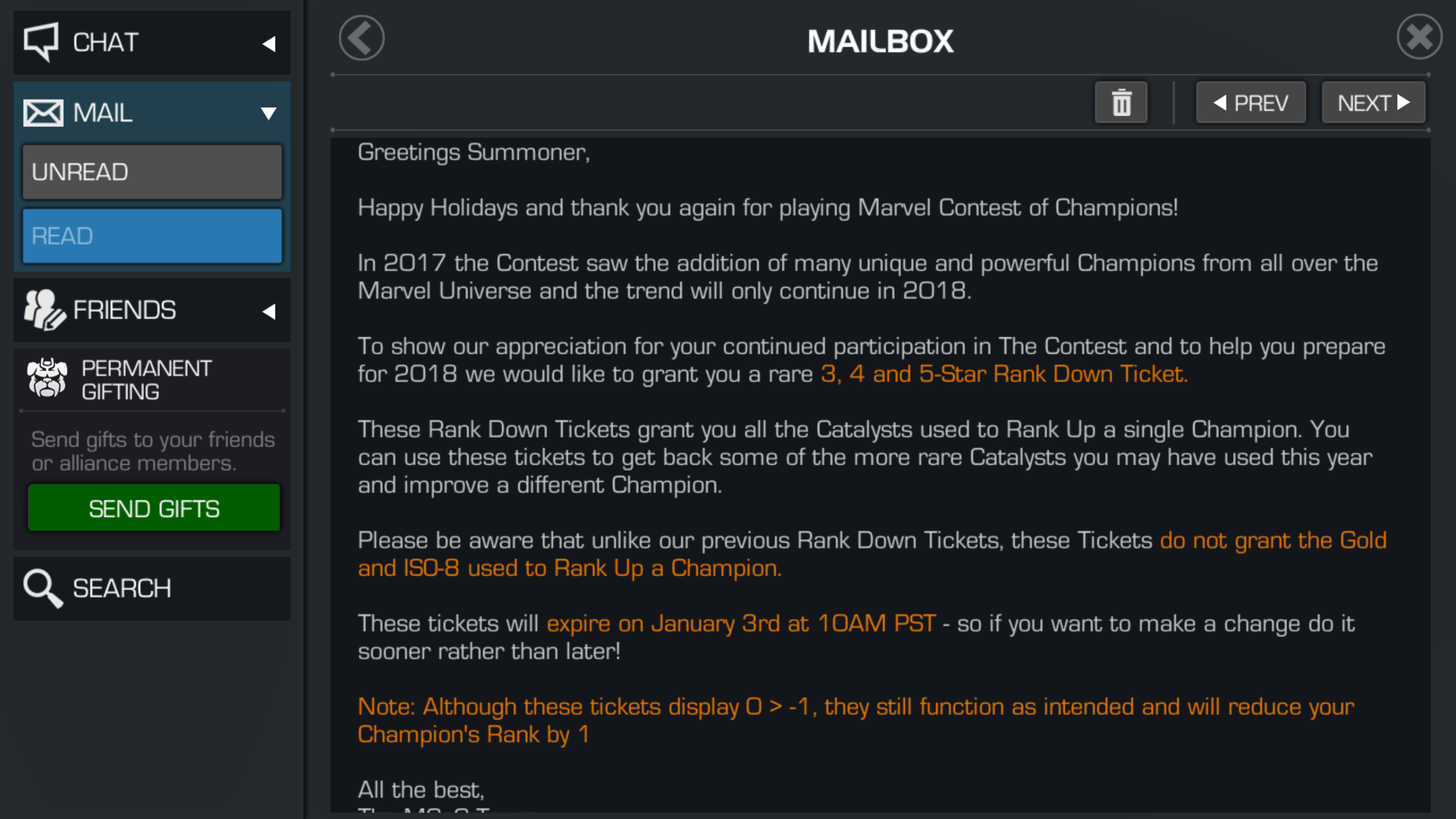 So, simple enough question, is this planned in a similar manner for the 2018 end of year holiday stuff?
2