What's Coming up in March 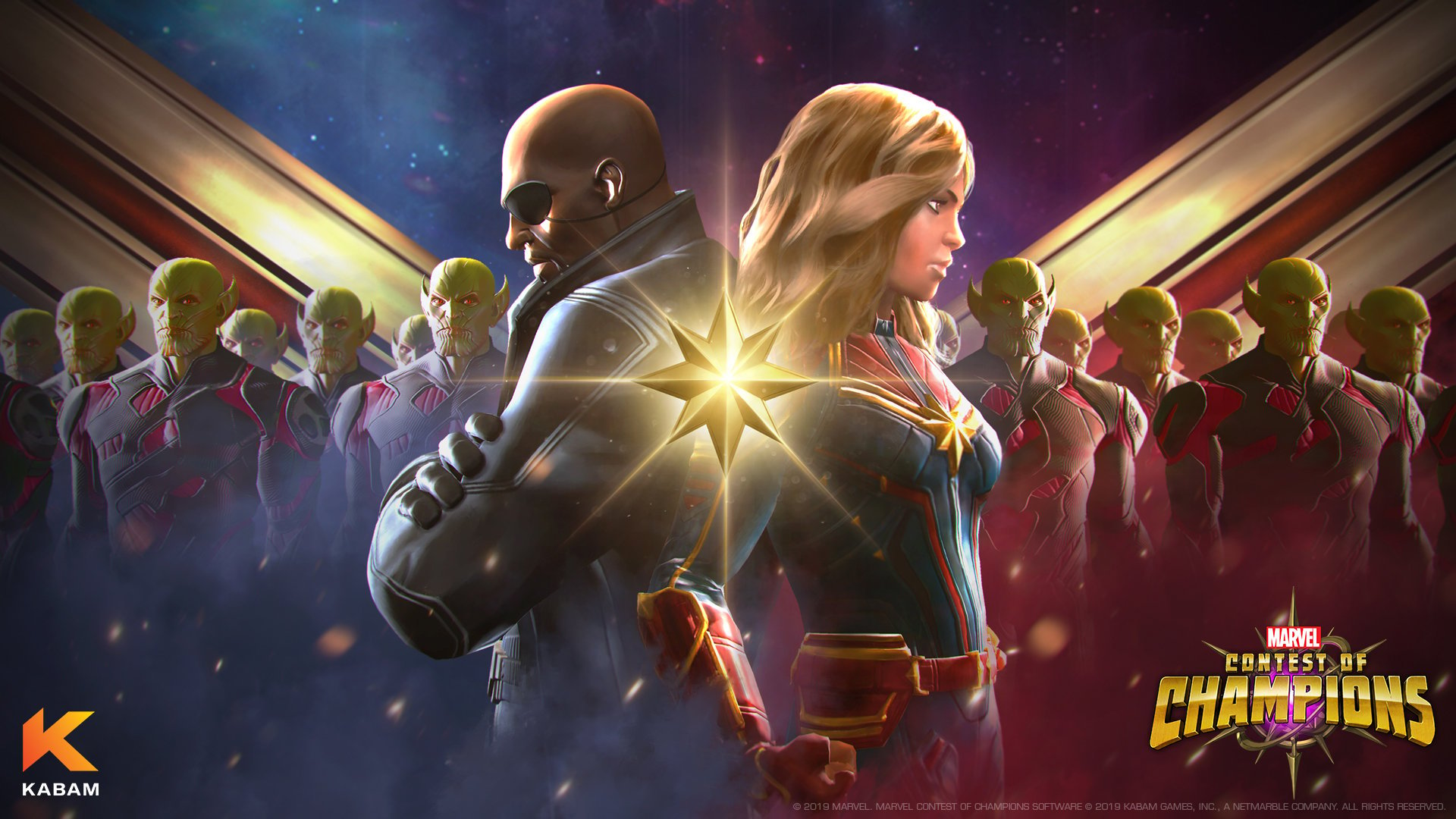 Are you as excited as we are for the release of Captain Marvel? She’ll be making her way to Contest and bringing along the much requested Nick Fury! This month, we’ll join them in the fight against the Skrulls, and assist Nick Fury by gathering Intel on the inhabitants of The Battlerealm!

Captain Marvel, A.K.A. Carol Danvers, was a United States Air Force pilot that found herself reborn as a Kree warrior after a near-fatal accident. Under the guidance of the Kree Starforce commander Mar-Vell, she learned how to control her immense binary power, activating it in bursts of intense strength, incredible durability, and explosive energy attacks.

Nick Fury, Director of S.H.I.E.L.D., is an exceptional strategist and master combatant. Thanks to scientifically-enhanced longevity, Fury has been able to hone both his martial and tactical skills with decades of active duty and espionage across a variety of war zones. These skills allow him to build up powerful counter-tactics against seemingly unbeatable foes, and hit them where it hurts.

Captain Marvel calls upon The Summoner with alarming news: the Battlerealm has been invaded by shape-shifting Skrulls! With the aid of Captain America, Captain Marvel leads an incursion into the Forbidden Territories to root out the Skrulls and exterminate their forces.

Her plans quickly become complicated by the arrival of a new Carol Danvers, who is being pursued by none other than Nick Fury himself. Who is the doppelganger Danvers? What secrets does Fury hold? Allegiances will be tested and imposters exposed in Battlerealm: Under Siege!

Who knows? Maybe there are Skrulls among us right now, just waiting to be exposed!

The Battlerealm is full of countless Allies and Enemies, and Nick Fury wants to know everything about all of them! Join him in a month long Event to gather Intel on the Champions of the Battlerealm!

Summoners can Assist Nick Fury by gathering Intel, as payment they can trade that Intel for rewards such as T5B Catalyst Fragments, 5 and 6-Star Crystal Shards, Hero Crystals, and even a 5-Star Awakening Gem Crystal!

These 4 Quests will be released over the course of the month, and feature the return of Champion Requirements!

Summoners have been reporting that they’ve been receiving mysterious messages about the history of The Contest… Who is sending these messages and what are they up to?

Watch for more information on all of the above as we get closer to launch!
Post edited by Kabam Miike on March 2019
52
«1234»