RoninMan Posts: 748 ★★★★
September 2019 in Bugs and Known Issues
I am sorry if someone else posted this, but I came across a seemingly buggy interaction between Mysterio and Sabretooth. When Mysterio places his head block on Sabretooth it does not remove his regen stacks like normal. I am not sure if this is because Mysterio’s heal block is passive and so it doesn’t interact with Sabretooth’s regen correctly but it seems buggy. Sabretooth’s sig does not specify that the heal block has to be a debuff. Please look into this and fix it. 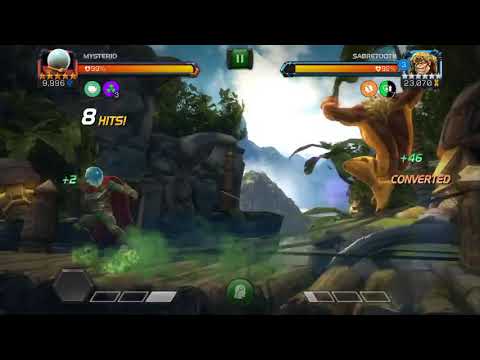