Magrailothos Posts: 3,161 ★★★★★
January 2019 edited January 2019 in Bugs and Known Issues
Whilst I'm reporting bugs, a couple of times in the arena I've been fighting Angela with Ghost Rider; and his Fate Seal can't seem to stop her buffing Regeneration. It nullified one, but another buff replaces it; which clearly it shouldn't whilst Fate Seal is working.

These images are from a few weeks apart, in the arena: 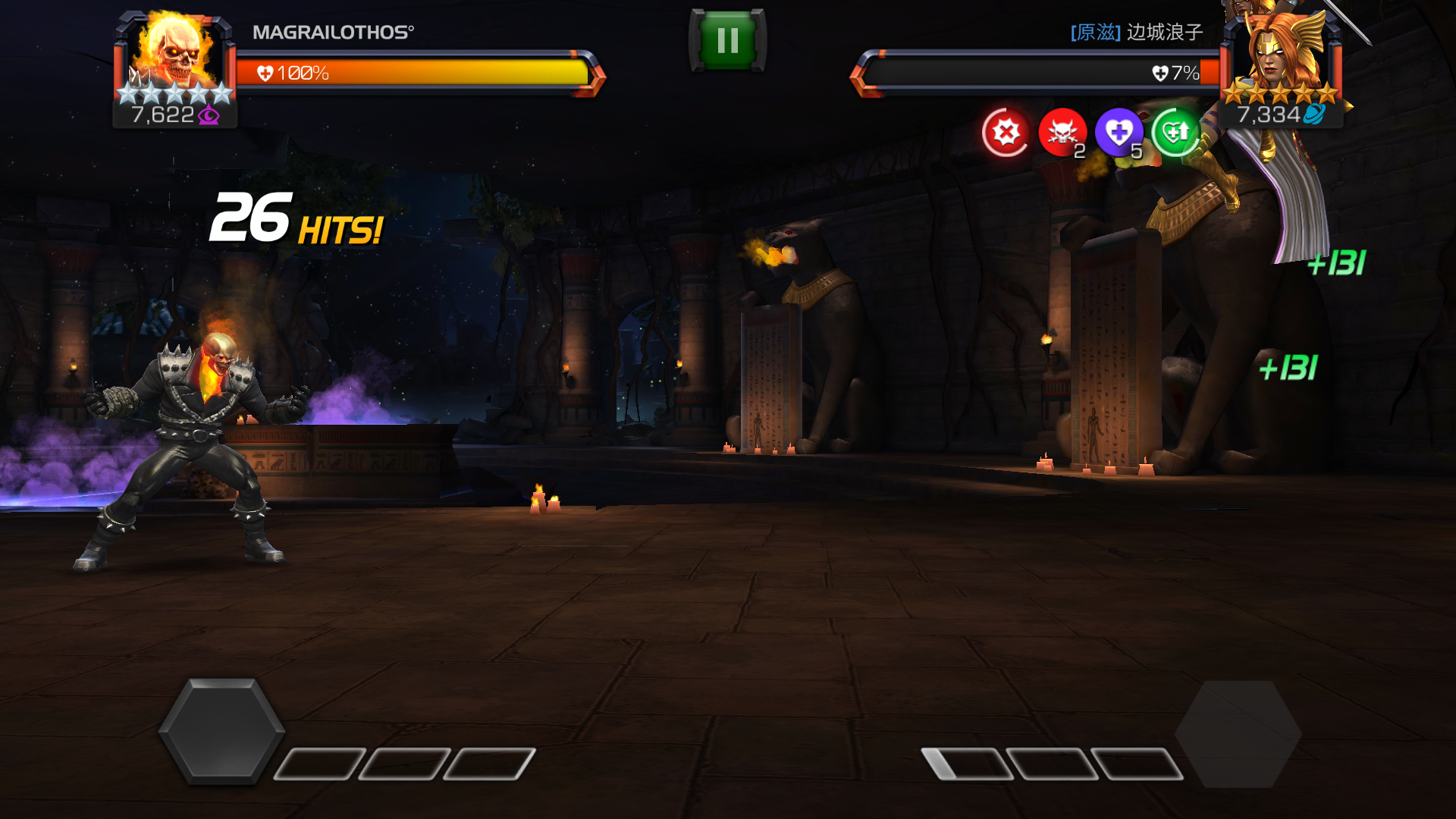 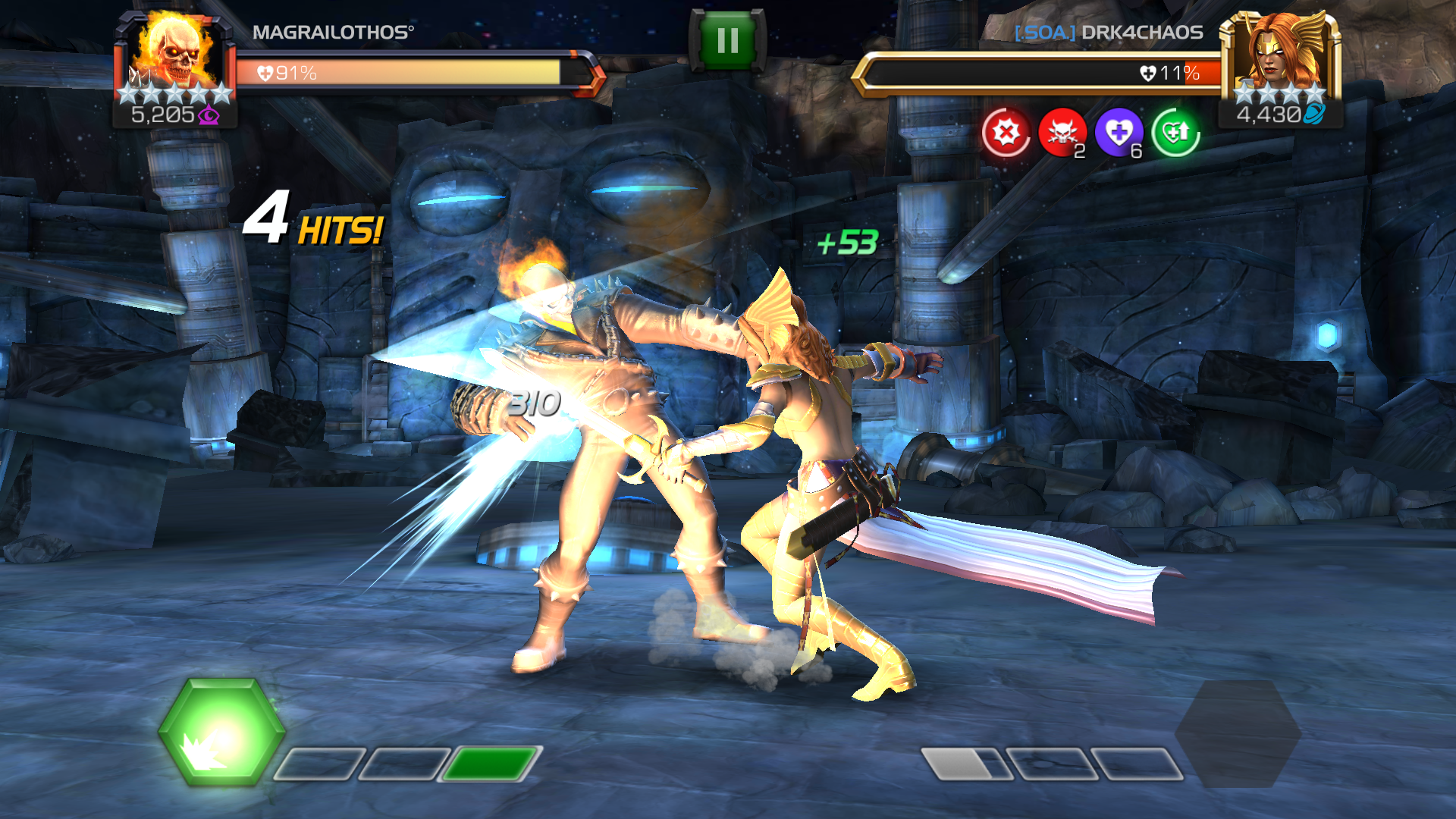 Probably something to do with the way her resilience counters work; if you could take a look at it. Presumably they should accumulate until Fate Seal expires, like the way Hyperion does with his cosmic charges. Thanks.