How was this a tie?

RawwryD Posts: 25 ★
November 2017 edited November 2017 in General Discussion
I thought the whole point of defender rating was to settle ties. And since our rating was higher that means we should have won right? Even if we didn’t I can’t believe a tie means only Kabam wins. We both drop points and no one gets winner rewards? Come on. Please explain this to me. 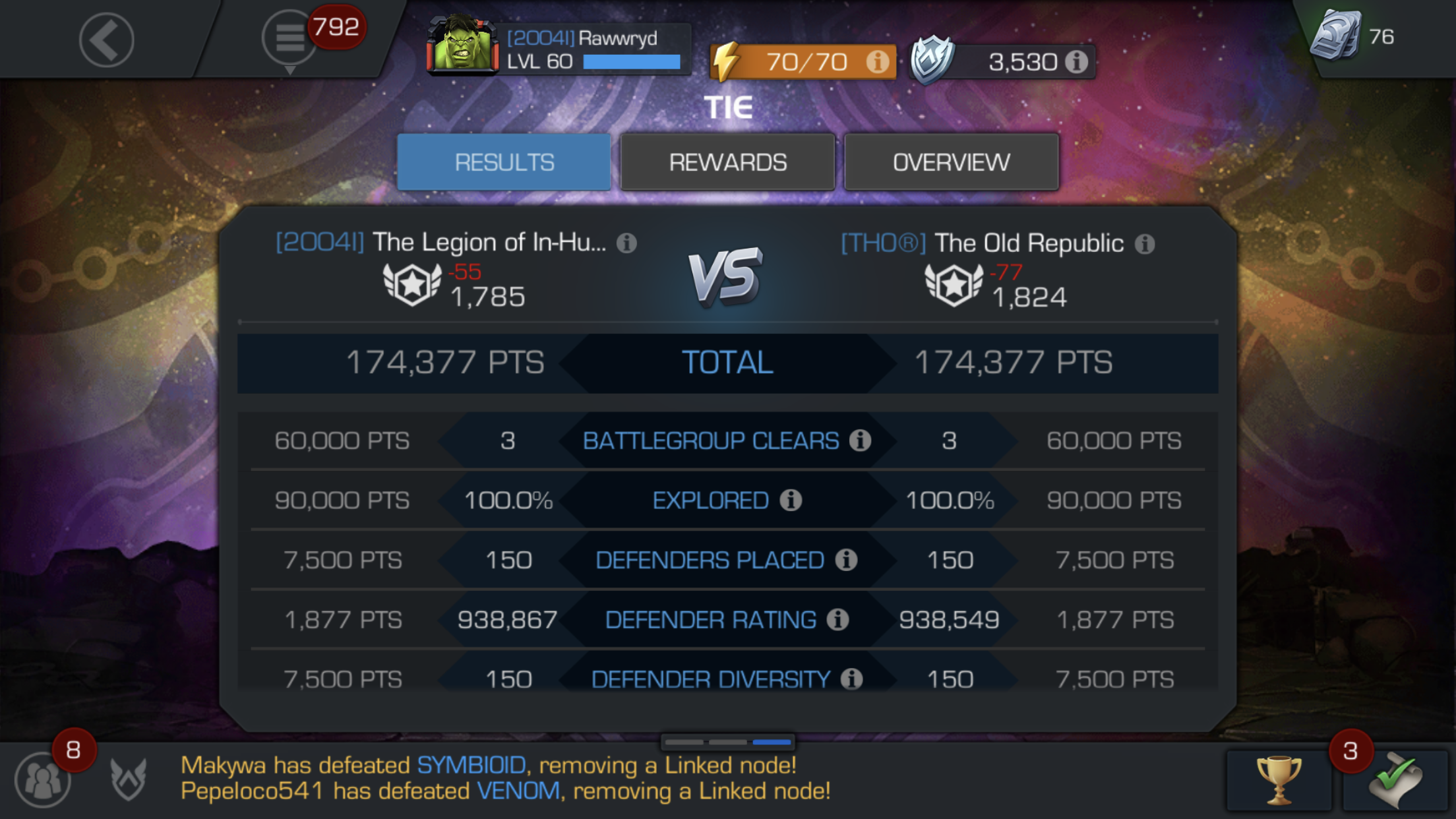