What else can Rogue do?

Then I fought her with Hyperion in the arena this morning, which was interesting: I slipped up and let her touch me during her S1, so she briefly stole my power gain buff. Then I hit her with my S3, fought a bit more and won the match. However: Hyperion didn't convert any more cosmic counters to Power Gain buffs for the rest of the match, despite being at low power levels.

I presume this is a non-bug upset in the game mechanics, like Mephisto blocking Ice Armour at the beginning of the match so it never reforms after Soul Imprisonment is over; and I'm fine with it - happens rarely, and the Cosmic counters still boost your damage and resilience. On the other hand it's an interesting way of countering his power gain - anyone want to try this against Nameless Hyperion? Also, it reminded me about a thread discussing Rogue countering Spiked Armour - https://forums.playcontestofchampions.com/en/discussion/58682/rogue-counters-spiked-armor#latest

A thread about Rogue here (https://forums.playcontestofchampions.com/en/discussion/comment/299585#Comment_299585) has a few interesting pointers:
- Rogue does great on Power Shield nodes - presumably she gets the 400% boost to her Life Steal as well?
- @silverseraph made a suggestion that if she has stolen Fury effects, they'll boost the life steal as well - correct?
- @taojay1 again here, mentions Rogue working well against Flare as well as Buffet nodes - when she steals a buff, Buffet converts it to regeneration; but she steals that too.

On the other hand buffs don't always seem to function quite as they do for the original owner - in this thread (https://forums.playcontestofchampions.com/en/discussion/comment/376730#Comment_376730), it seems that whilst Rogue can steal Iceman's Ice Armour, she only gets the armour itself and not the 5% damage shrug.

There are some Youtube videos, such as Gran Scheme 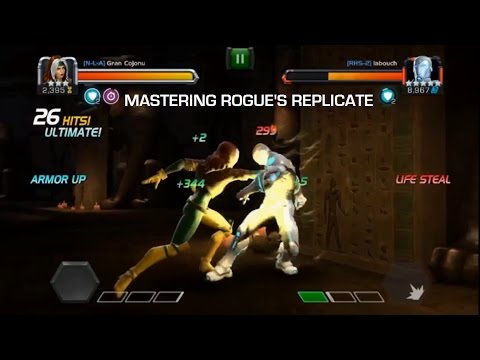 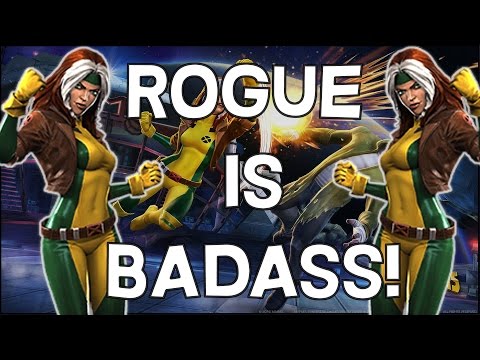 that are interesting; but nothing much more than described above. So, I thought it would be interesting to generate a thread asking the community for ways others might not have realised to use this versatile mutant, and sharing the results of my own research. Share below, if you've got any further thoughts about what she can do, and how she works. Thanks!