bloodyCain Posts: 779 ★★★
July 15 in General Discussion
Didn't he like can always hit all invisible champs?
But why it has to be different when against Guillotine 2099?
He will miss his hits.
Here is the prove. 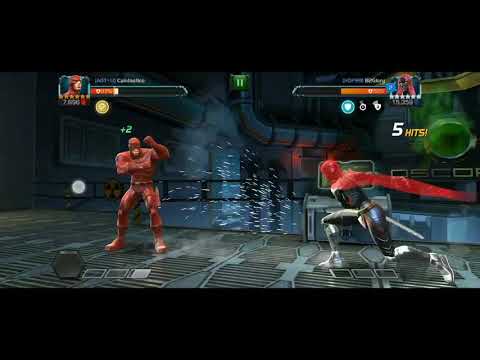