Is Falcon Good For ANYTHING?

Scopeotoe987 Posts: 427 ★★
April 2018 in Strategy and Tips
Honestly I have no idea I know he's garbage, but there has to be at least ONE use besides arena. 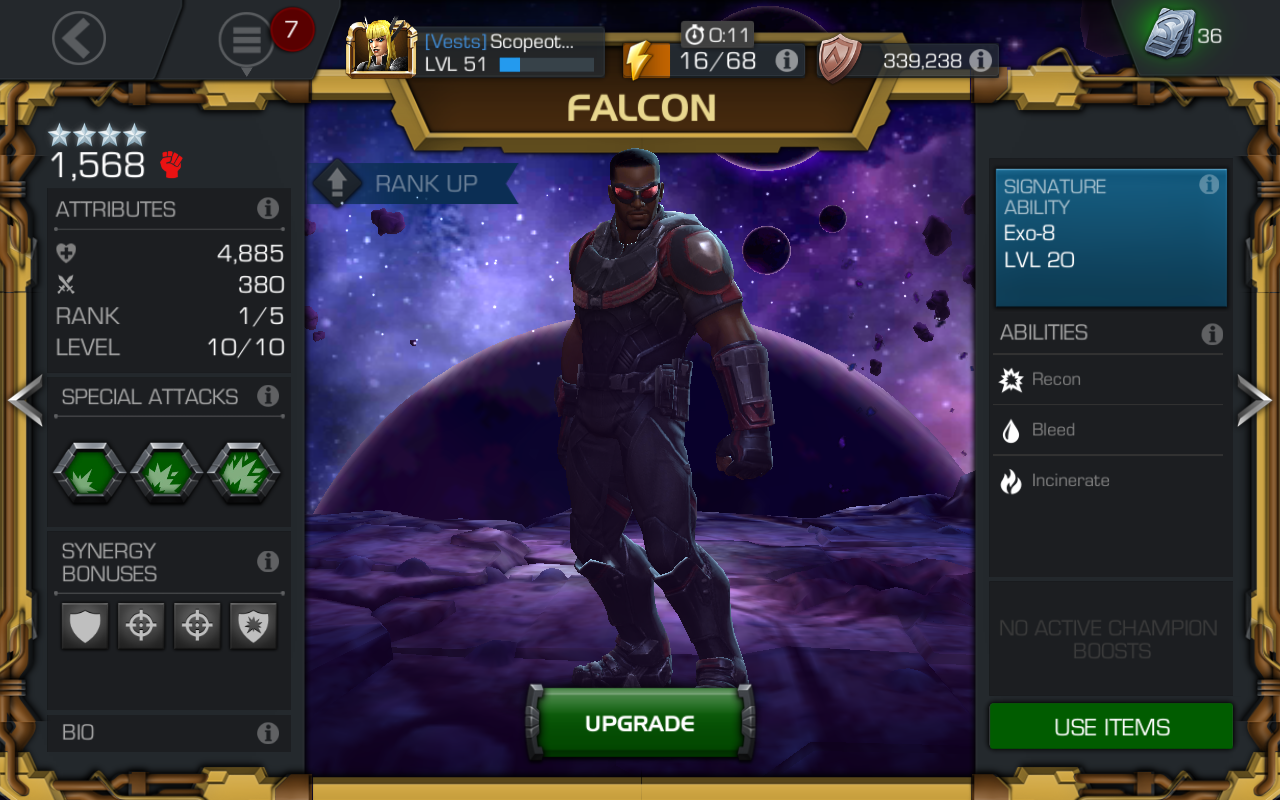