Apparently the Captain Marvel mcu from the abyss had some fixe as now mystic champion do nearly 80k damage per hit !

If the video of lagacy is true, it means lots of players spent unnecessary units on this fight. I do spent nearly 1500 units to beat her with my Supreme Symbiote 5R5 sig200 ! Doing 2000 damage per hit instead of the 80 000 the video show us.

So Kabam, if its true, people having done the abyss Captain Marvel mcu before the fixe should have a compensation, should not they ?

Here is the link to the video : 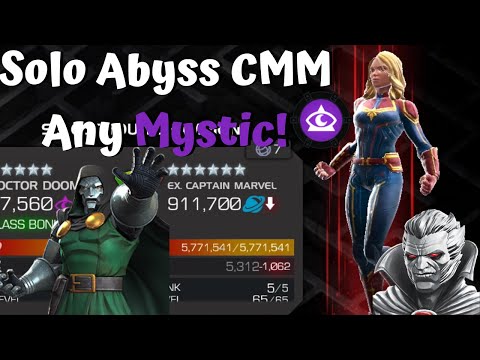