Which phase of AW was the most balanced?

Zee_Reborn Posts: 303 ★
September 2018 edited September 2018 in General Discussion
Phase 1: Mystic Wars - mystics and DKs were king along with NC, Spidey, Iceman and AV. You tried to use the most powerful defenders to get the most DKs as possible.

Phase 2: Diversity - DKs were eliminated and diversity was introduced along with other scoring factors to affect the meta. This phase was about having the most diverse defense as possible.

Phase 3: Attack Bonus - DKs were reintroduced in the form of attack bonuses. Diversity was kept and the majority of other scoring methods were dropped. Now, you had to find the balance of diverse and strong defenders.

Which phase of AW was the most balanced? 37 votes 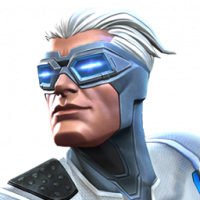