I was right about Kabam. 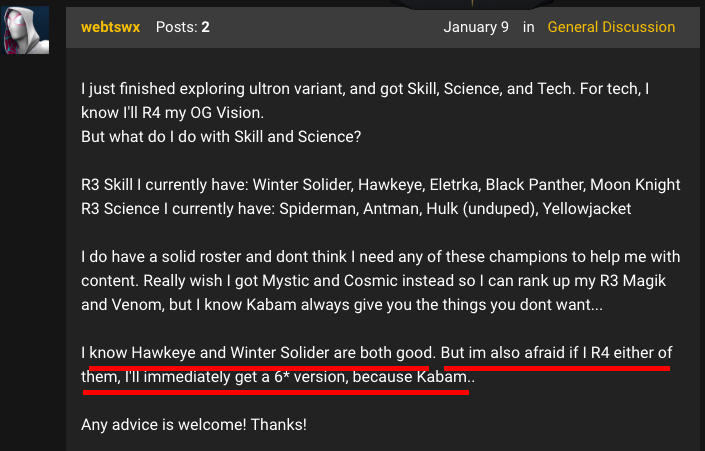 Just a week ago, I finished exploring ultron variant, and one of the gems pulled was 2015 skill. I made a post on this forum asking which skill champion I should take to R4. I took suggestions and r4 my hawkeye.

at the same time, I also made a "joke" about how i'm worried if I r4 any of the the skill champions (elektra, hawkeye, WS), i'll immediately pull a 6 six star. See the thread I made.

Guess what, today I opened a 6star crystal. AND there you go, a 6 star hawkeye.... Last pull was a 6 star sabertooth.

yes, they seemed decent pulls on surface. but i already have r4 hawkeye and sabertooth. so what's the point? Useless (not aid in game progression in any way).

At least I've been right about Kabam all along.
7