Hugo700 Posts: 264 ★
March 2019 in General Discussion
A kind of padlock in the menu of characters to use in a mission, this padlock would serve to fix a fight and thus facilitate the fight with one during a mission or super mission. The padlock can be used for those who enter missions to test peesonakes it does not matter if you carry a 5 *, if you activate the padlock in a 3 * one then that would be chosen by default for the next battle (within the same mission), that if nor is it knocked out.
Attached example image: 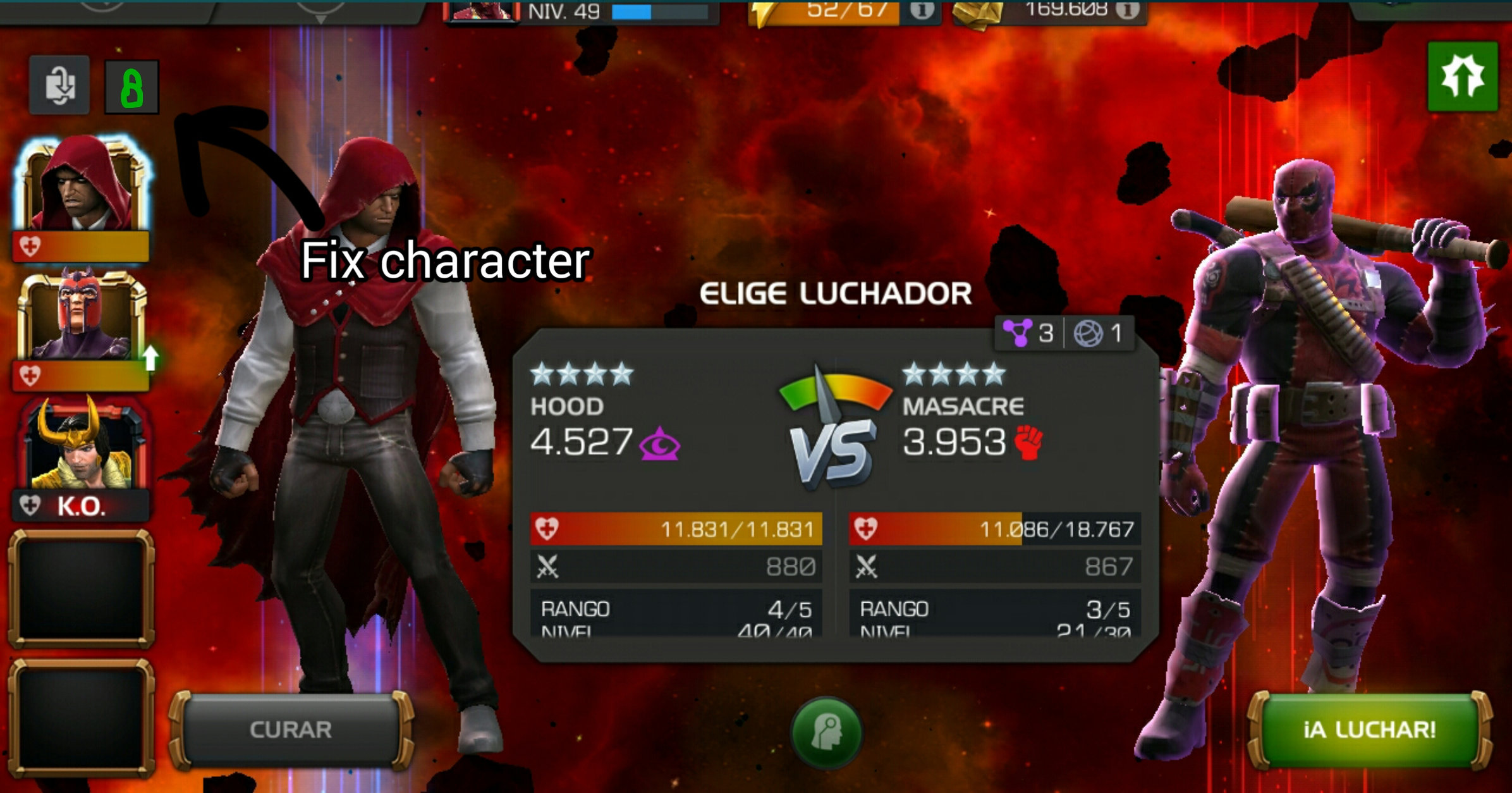