Mitchell35 Posts: 1,899 Guardian
May 2019 in General Discussion
So I ran a mock poll for the mock 24 hours yesterday. 240 people voted. The votes broke down like this 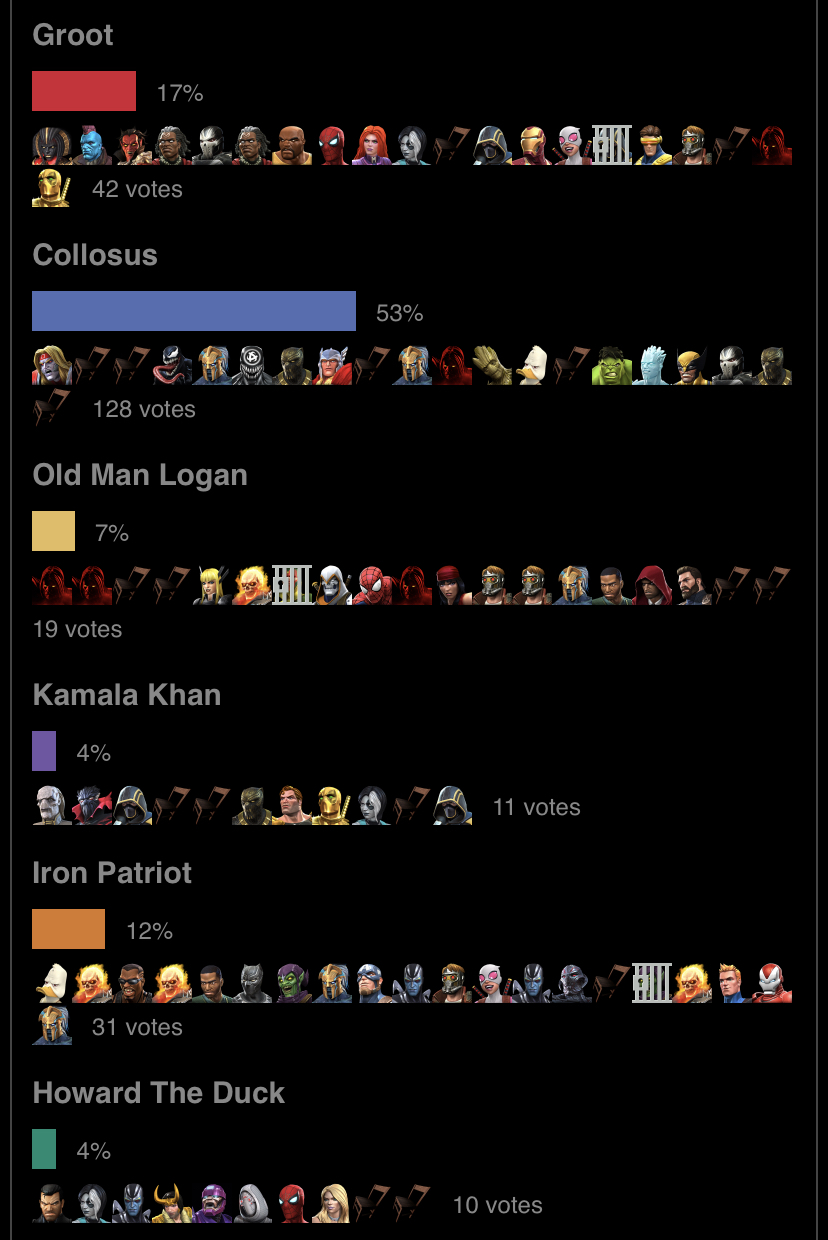 Obviously, colossus is in first by a mile, with groot and iron patriot bringing up 2nd and 3rd. This is where the strategy comes in. Obviously, Kamala Khan, venompool, old man Logan, and Howard the duck aren’t going to win. So to those voters, I say, choose one of the top three candidates if you want your vote to matter. If you’re fine with not being a decisive vote and are voting to prove a point, this doesn’t matter to you.

However, for a competitive, non-landslide election, people will have to realize that their candidate won’t win and choose one of the top 3.

Again, this is just a tip to make your vote matter.