cling2 Posts: 34 ★
June 2019 in Bugs and Known Issues
Thank you for making it so we can click on a summoners name in war to see their profile. Now that you’ve added that, can you please stop putting the node numbers behind summoners name when your designing new maps? Maybe just
a little more separation? Zooming in helps but is too time consuming 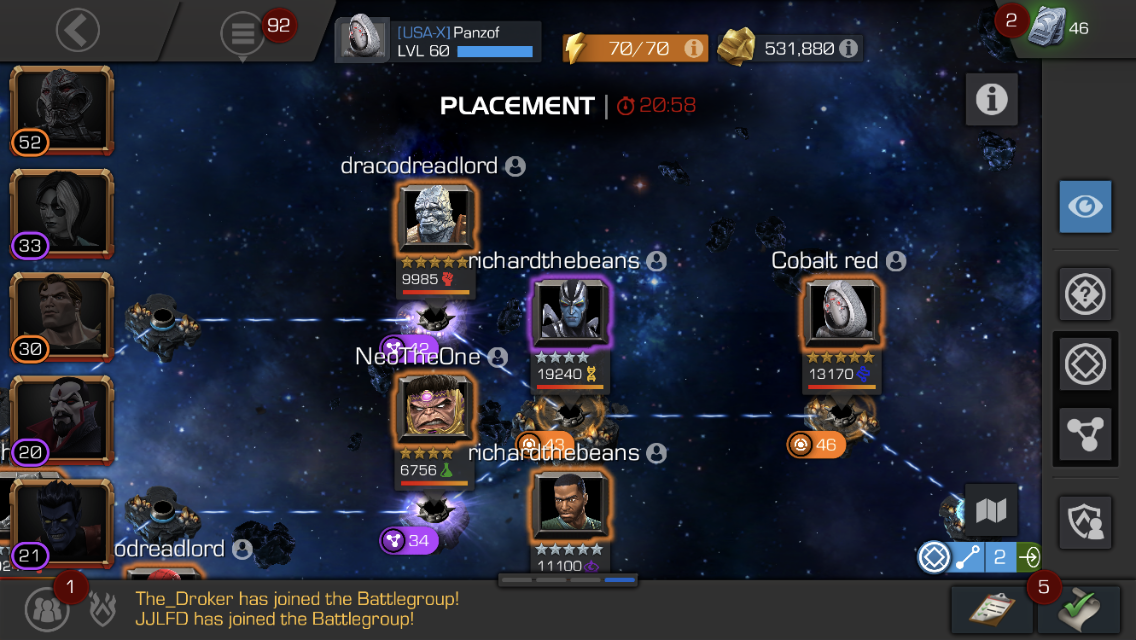