Home› News & Announcements
We are currently experiencing an issue causing a delay in delivery of Summoner Advancement, the Alliance Quest event, and other 3-Day X-Men use event. We are working to resolve this, but it will likely take a few days. We will ensure that these rewards are delivered to affected Alliances. Please do not change Alliances until your rewards are delivered.

From a new tier of Modifiers and an Honor rewards update, to Mini Boss refreshes and Map changes, here’s everything that’s coming your way on July 12th.

Dr Doom will maintain his place as the final boss of Alliance Quests, but the minibosses along the way are getting a refresh!

Map 2:
Hela and Cull Obsidian are out, Namor will be joined by Colossus and Old Man Logan as possible Minibosses!

Colossus Old Man Logan Map 3
Say goodbye to Proxima Midnight and Gamora, and hello to Elsa Bloodstone and Hulkbuster, who will join Squirrel Girl as the Map 3 Minibosses.

Guillotine 2099
Combo Up - 3: Every 0.2 second(s), the Defender's Combo Meter increases by 1, if the Attacker performs an intercept this timer is paused for 15 seconds.
Combo Shield: The Defender's Combo can never reset
Soft Guard - 3: Each Blocked attack reduces Block Proficiency by 6%, up to a maximum of 80% reduction.


Map 6:
Invisible Woman and the Human Torch welcome Vision (Aarkus) as a new Miniboss, and say goodbye to Symbiote Supreme.

Vision (Aarkus) Map 7:
Annihilus and Thing welcome Sasquatch, a newcomer to the Contest, as the 3rd Miniboss, replacing Omega Red. Thing also gets an update to his Miniboss Buffs to reward skilled play, and not just require 1 or 2 Champions to beat him.

A couple of map updates are also coming your way!

For those Alliances that have mastered Map 6, but are not ready to move on, or want to challenge the limits of the difficulty of Map 7, we’re introducing 5 new Epic Modifiers that you can use if your Alliance wishes! Here are the updated values for Alliance Quest Modifiers, including Epic Modifiers. 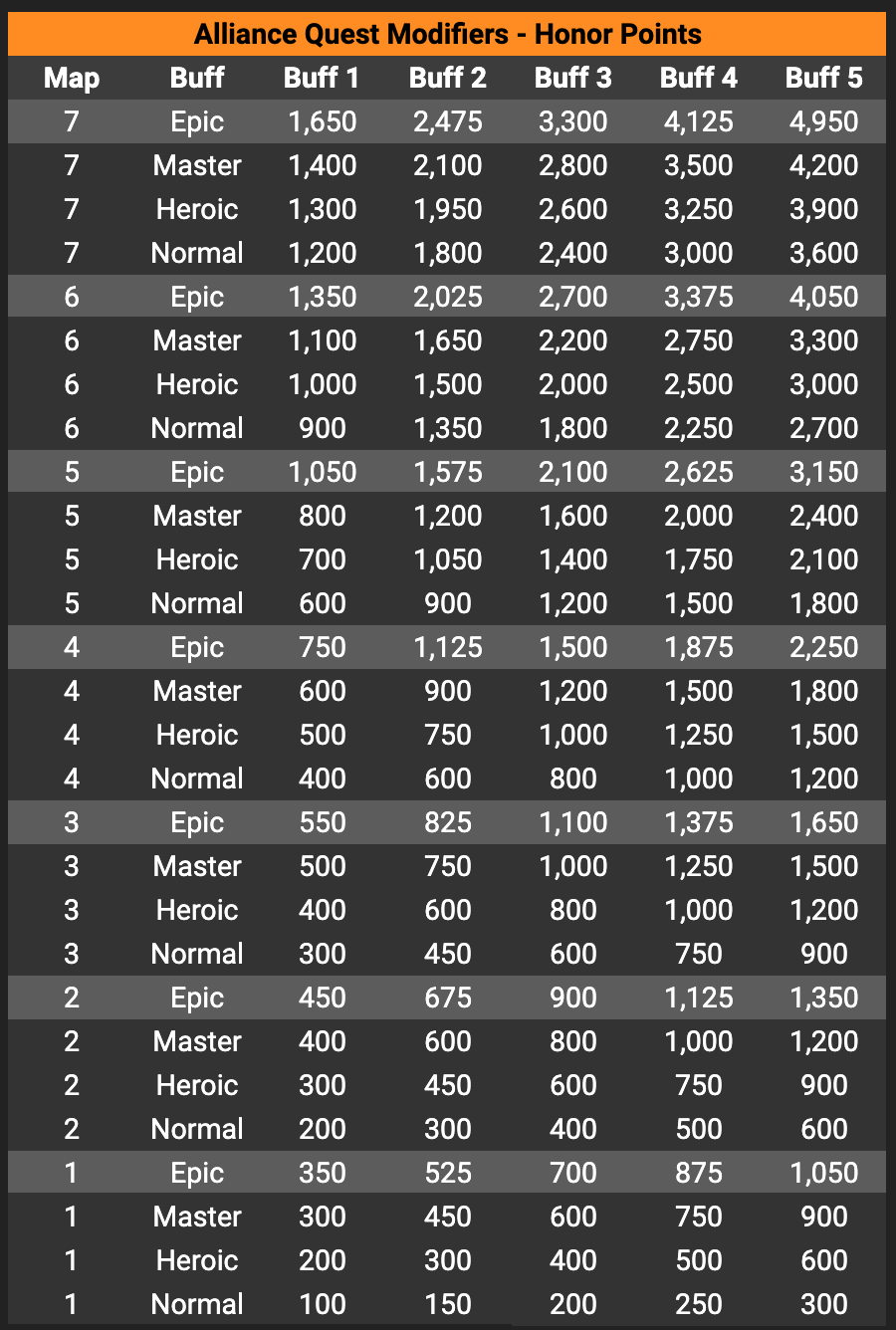 These new Modifiers will allow Alliances to obtain more points than ever before, which means more milestones! 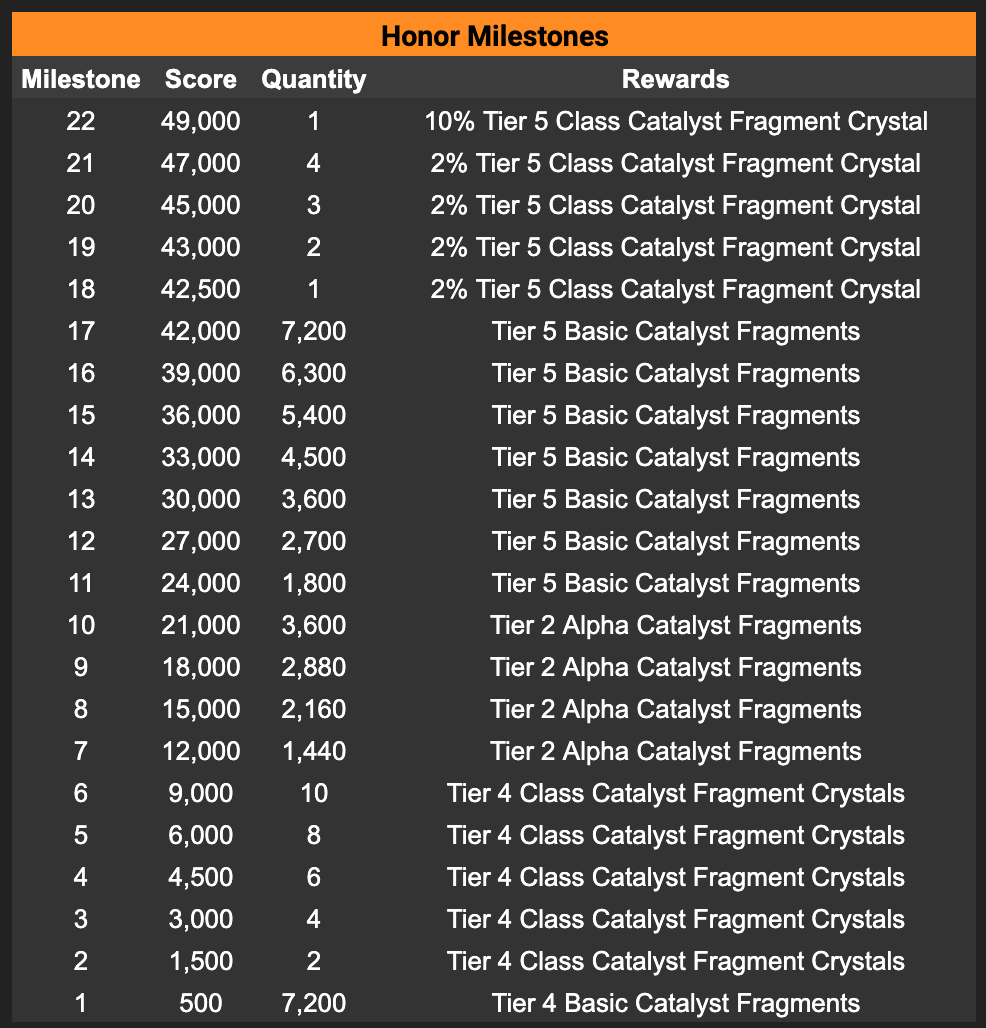 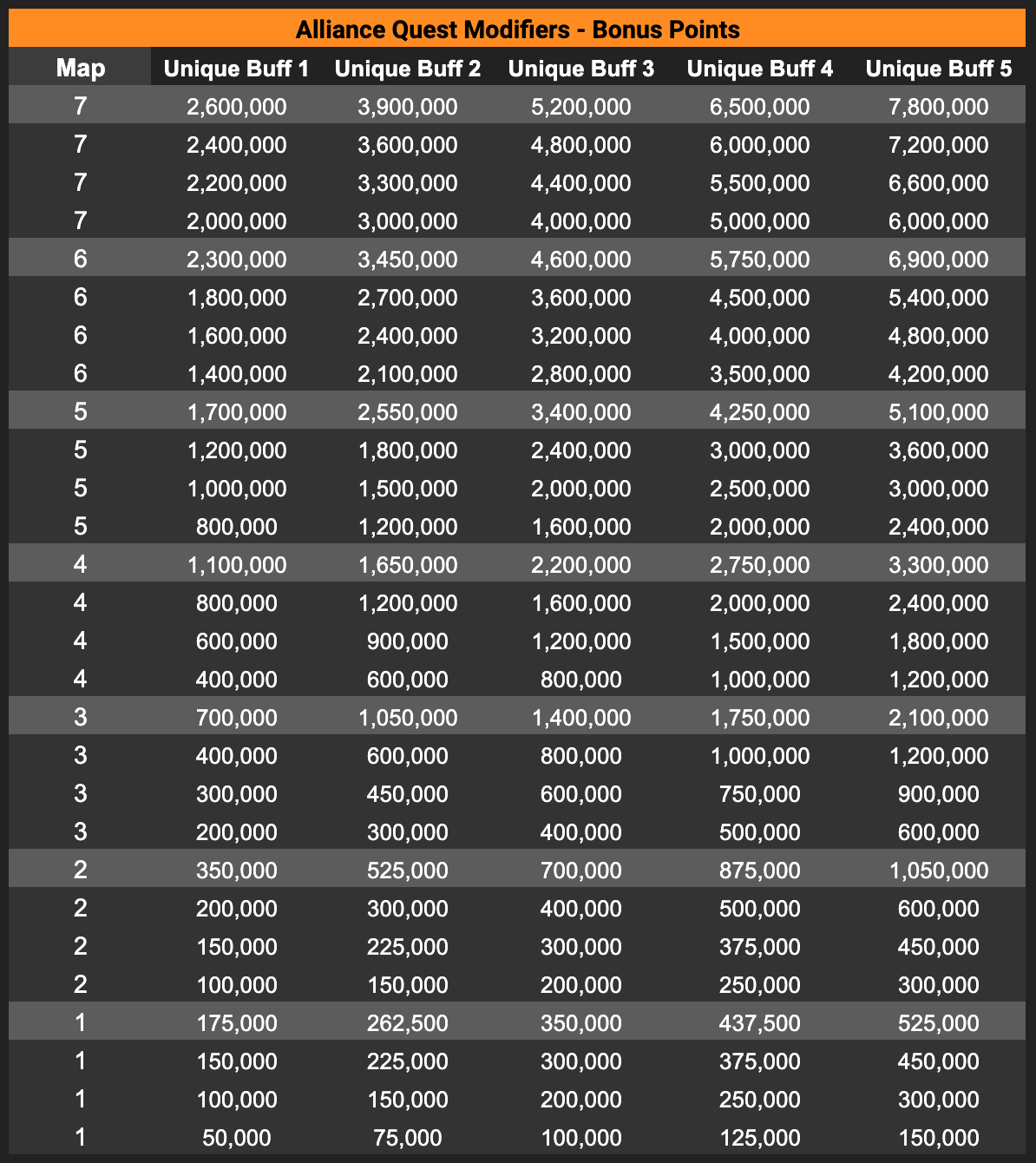 As mentioned in our Dev Diary: Amping Up Alliances post, we are making the following changes to Alliance Quests:

All of these changes go live on July 12th! Prepare your Alliances!