Moot4Life Posts: 2,132 ★★★★
July 2020 edited July 2020 in General Discussion
I remember when I 1st got into this game, mid 2015 I saw the words "marvel" and "of", instantly grabbing my attention so I downloaded the game. I got hooked when I saw how easy it was to play and how easy it was to get good champions! (in my eyes, good champions were 'omg is that iron man!!1!?') Funny enough, I really did think Iron Man was OP when I saw his healing...
You can call me an "og" because I was here before act 4 even got added, but I didn't make my account until 2017 (if i remember correctly) and took a lot of breaks (lazy me). Also unrelated, but I remember thinking I was a genius using rank down tickets on Kamala Khan... then ranking her up again because it cost less gold to rank them back up, so I thought I was beating the system and earning gold out of her. Do I even count as an og with mistakes like those and the fact I didn't play throughout it's whole history, who knows? Here's some proof, since I didn't log on during the Anniversary week thus making me ineligible for the titles. 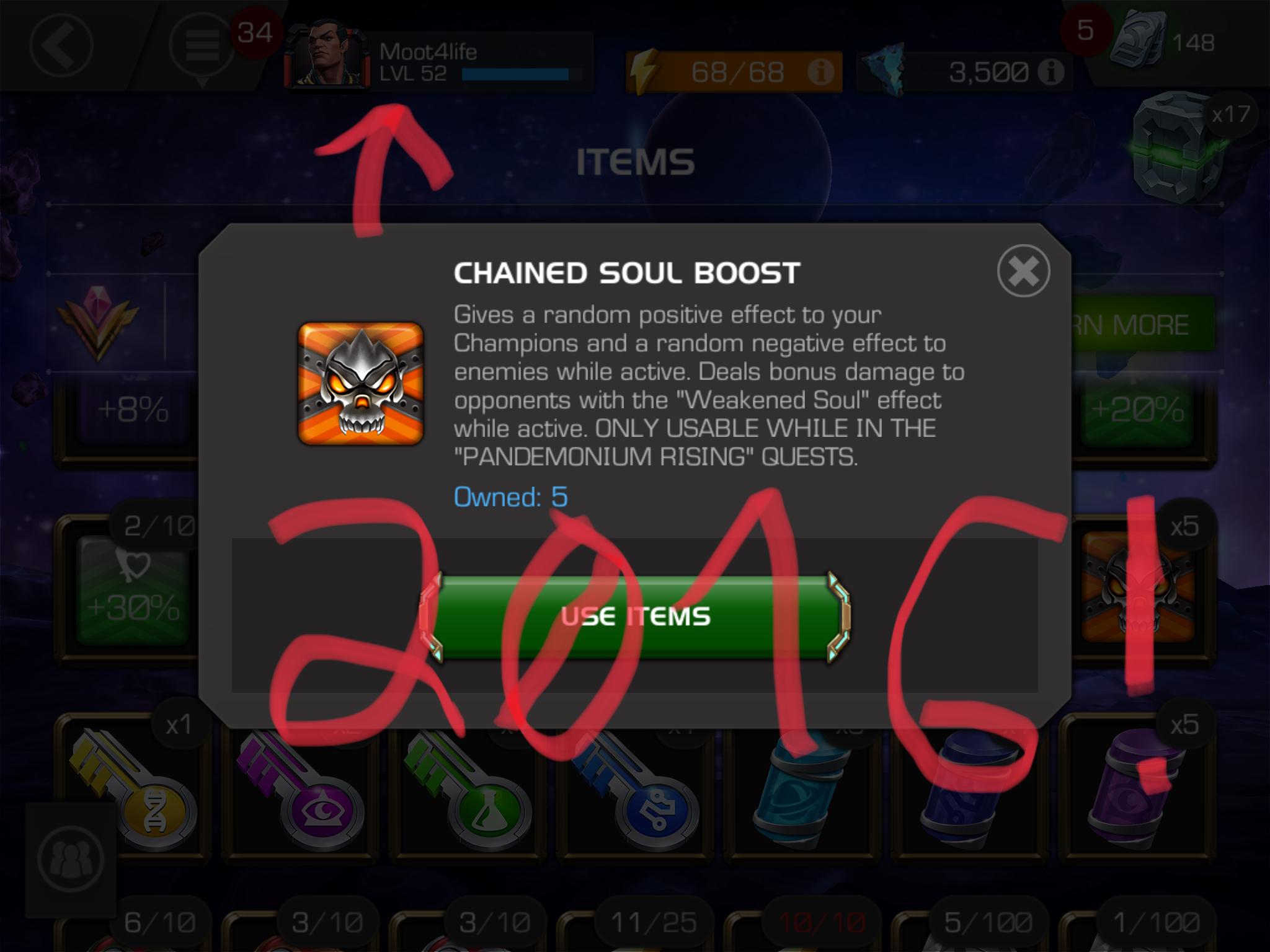 Back then, I thought I was too strong to use stupid boosts and just powered through, how naive I was...
I know the Ghost Rider quest was in 2016, but it's my only thing to hold on to from those times (that and my champions).
When did you guys get hooked to this game, and when did you make your account? Or was I the only one dumb enough to wait years before doing so?
13
«12»