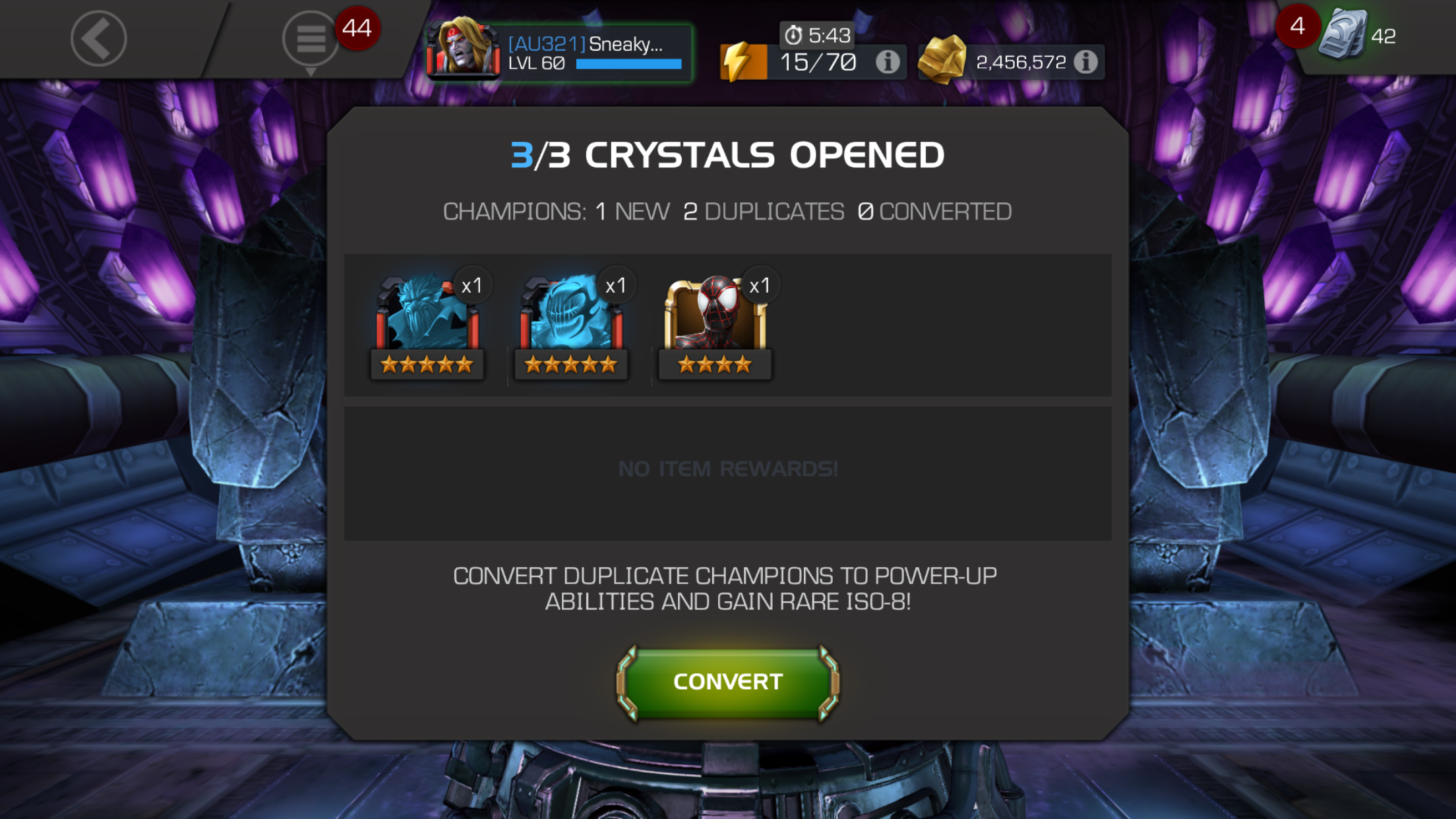 So I just completed 6.2.2 upto 6.2.6 in the last three or four days so imma write this stuff down now that its fresh in my head.
So, from the rewards , I pulled a five star venompool and a six star red skull so it was meh. But from the cavs I got this: 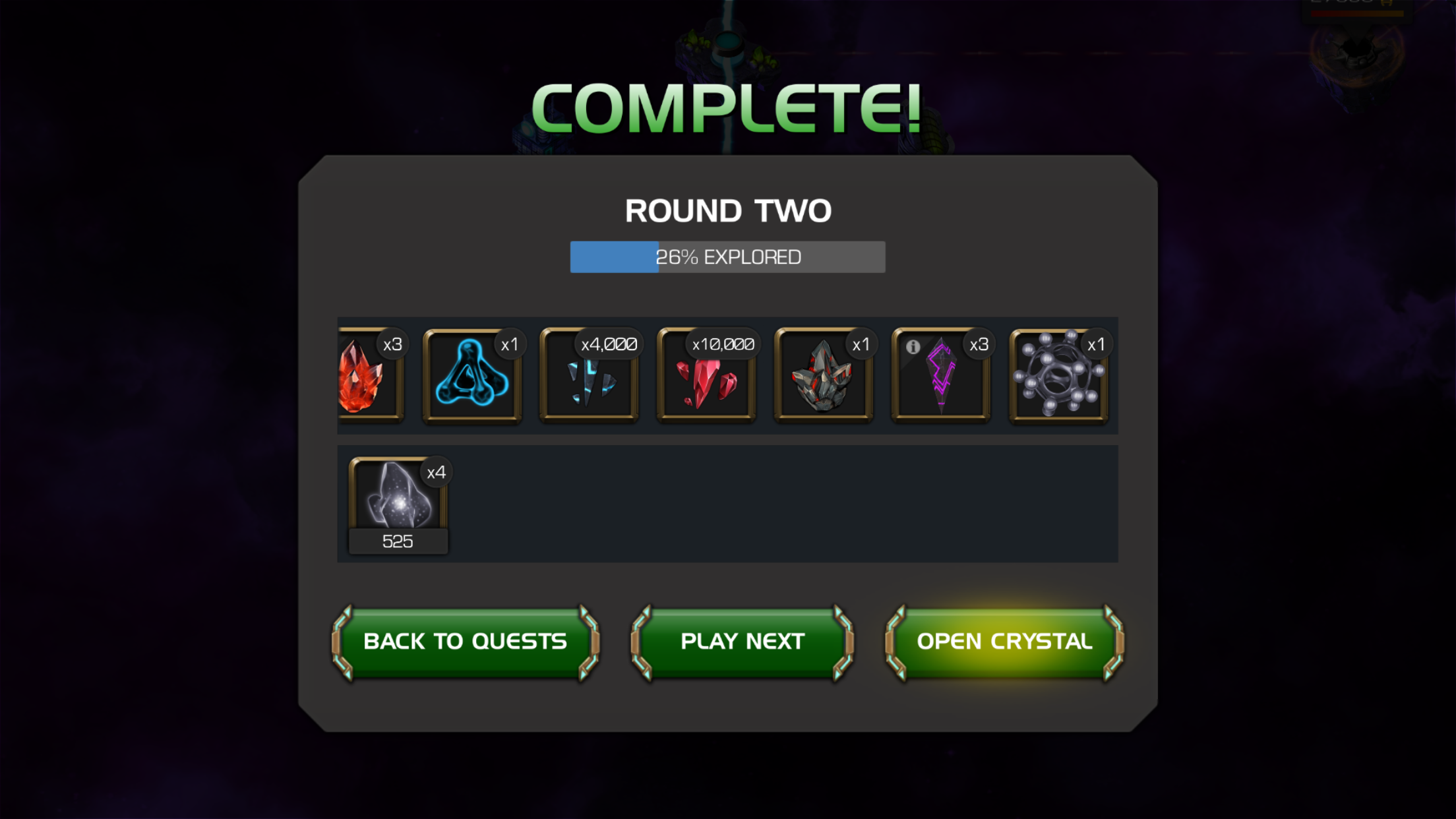 Now that the rewards are covered, here's what i think about each quest:

6.1.1: Nothing too crazy here, the global node is pretty straightforwards and the path was easy as well. Really not much to say here. Revives used - 0

6.2.2: Things went from 0 to 100 real quick over here. What on earth was Kabam thinking when they created this boss? There is too little counters and the block damage is mental on sinister. Caustic temper on its own for the boss is fine i guess; there are quite a few champs who are poison immune and do furies so that would have been fine. But adding in EMP on top of that? This whittled down a lot of potential one-shot options, like kamala(w/o swedeah level skill) so that sucked. But adding in sinister on top of that? This is just a ruthless and not well thought out fight. I had absolutely no problems reaching the boss and i find it sad to see many people, including myself, stuck here for so long. This fight needs to be changed in the next iteration of act six nerfs. Revives used- 15 40% revives and 2 team revives (800 units)

6.2.3: Refreshing change of pace here. Icarus is a fun node, it can be challenging at times to play around, but when you have the right counters its just too easy. I steamrolled through it with my colossus and it was just too easy. Revives spent- 0

6.2.4: A lot of people on global and in my old allies have complained a lot about this quest so i was pretty nervous when i was entering this quest. However, I actually really like this global node. It forced me to change up my playing style and take fights a little slower. the path wasn't the hardest but i found it a little tricky to get the boss. However, I had the highlight of my entire 6.2 completion over here. I went in for a test run with my omega red and somehow got the solo against kingpin. What makes it my highlight of my completion I hear you ask? Omega red was at one percent for the entirety of the fight. Overall, it was an enjoyable quest for me. Revives spent: 0.

6.2.5: The paths leading up to the boss look interesting. Each path has its own challenge to it, so it was hard for me to find an easy path. However, i think that the harder paths can be completed with skill so i cant complain about them. The mordo boss could have been a fun fight if it didnt have strength in numbers though. Strength in numbers is just a blatant unit grab and its not even disguised well. I could have done this quest itemless strength in numbers wasnt there but it is what it is i guess. IMO the only thing that needs to be changed here is the removal of the strength in numbers node. Hurt locker and special delivery, while tricky, can be worked around so i didnt mind those nodes. Do not go gentle was probably one of the harder nodes for me. I found it a little hard to weave in heavies and intercepts against the stun immune colossus but somehow got through it. This quest had the potential to be something quite fun. Revives spent: 1 team revive and a single 40% revive.

6.2.6: I loved this quest honestly. The path to get to the champion was a little tricky but i managed to get through it with all of my champs over 80% health. i really wish i could have tried the champion pre nerf because he honestly isnt much of a challenge anymore. i took of 80% of the champion with symb supreme on my first attempt and finished of the rest of him with thing. Revives spent: 0

Ty if you read all of it.
Signing off, Sneaky.