Cellular or WiFi: Both

Active Boosts: None, and no suicides.

Description of the Issue: Mephisto should be activating his Soul Charges when at (or below) 30% health. This did not happen in my AW fight today, no charges were activated, no health gained, no indestructible triggered. Mephisto died with all his Soul Charges intact, which should be impossible. I also encountered this bug in Arena when the opponent was Mephisto.

Details of my AW fight: The opponent was Emma Frost (100 sig) on node 9 (Shifting Hazard, Schadenfreude 2). My attack was intercepted by her basic attack combo (MLLLM) and was KO'd. I was not stunned at the time and there is nothing in her (or the node's description) which could be causing Mephisto to not activate Soul Charges. Please see my pic for evidence of 3 Soul Charges being intact after KO. 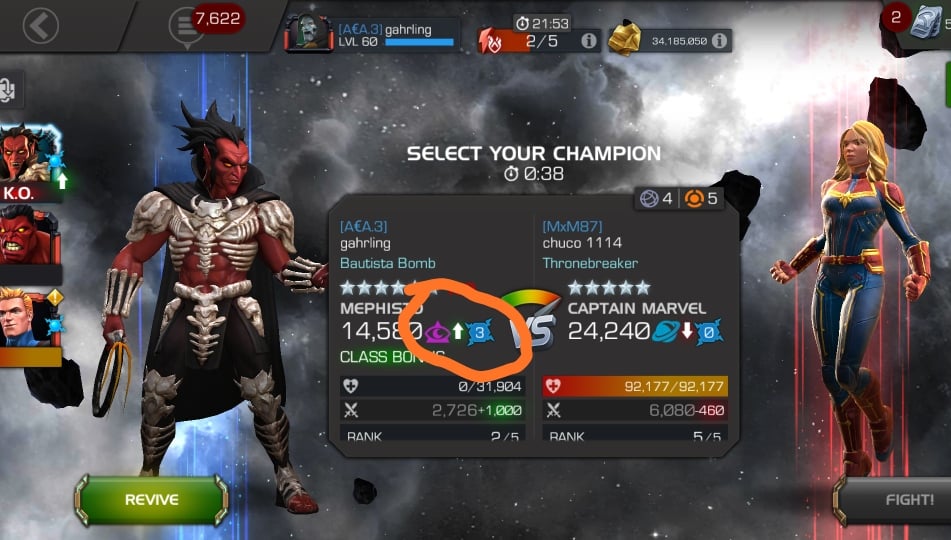