Your Alliances have fought valiantly against the likes of Doctor Doom and have overcome the Latverian Invasion! But as one threat is quelled, another lurks just on the Horizon…

Mutant-kind, your time has come. Stand together and prepare to face the next threat. It’s time for the Apocalyptic Mutiny, launching December 3rd!

This season, we’re making significant changes to how Alliance Quests empowers your Roster of Champions. We’re experimenting with boosting a particular set of Champions while not punishing players for choosing not to use those Champions.

Through this, we hope to encourage the use of different Champions in Alliance Quests and to give Summoners more reason to explore the depth of their Roster. But we also don’t want to punish players that don’t want to use those Champions or don’t have access to them right now.

This Season is all about Mutants and #X-Men, and we’ve got a whole new set of Rotating Global buffs that will support them but won’t negatively affect you for choosing not to use them. More on those later!

Doom’s reign is over, but it won’t be just one new Boss taking his place this time. For the first time ever, Alliance Quests will feature 2 different Bosses, depending on which Map your Alliance chooses to run. This way, lower-tier Alliances will be able to face a boss that is more suited to their progression level, while a more complex boss will challenge higher-tier Alliances!

Along with a new Boss, we’re also updating some of the Minibosses per Map.

As we mentioned before, we’re taking a new design philosophy with Alliance Quests this season. Empowering and bolstering a group of Champions with each Season without negatively affecting other champions.

We want to give players the option to use the group of empowered Champions but not make them feel like they are mandatory to find success.

First, the Class Asdenency Buffs are gone. That means no more Boost/Nerf for a different class every week.

Gene Splicing: Cross Fight: If a Mutant on your team is affected by a: Bleed, Poison, Shock, Incinerate, Coldsnap Debuff for 5 seconds total in a fight, they Purify all of that type of Debuff and reduce the potency of any future Debuffs of that type by 100%. This lasts for the next 3 fights.

Mutagenic Symbiosis: For each Mutant brought on your team, each of your Mutants gains the following abilities:
Mutany: Cross Fight: Entering into a fight with any Mutant without a Mutany Passive, grants them 3 which are Persistant throughout the quest. Each Mutany Passive grants the Attacker with 20% bonus to Ability Accuracy, a +30% Passive Prowess. At the end of every fight, regardless of result, Remove 1 Mutany Passive from the Attacker.

And lastly, we’re adding a Global Buff that will exist on every Map for the duration of the Season.

K-Meyeke: The most effective AQ champion brought into this quest gets a Passive +200% Fury for the Duration of this quest. 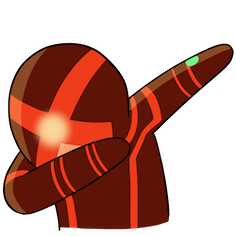 Artwork by the amazing Cat Murdock.

To add even more Variety to your Alliance Quest experience, Minions on Maps 1-5 will now also rotate based on the Map Variation.

Map 4’s AI is being updated to be slightly more aggressive. It will now match the AI of Maps 5-7. 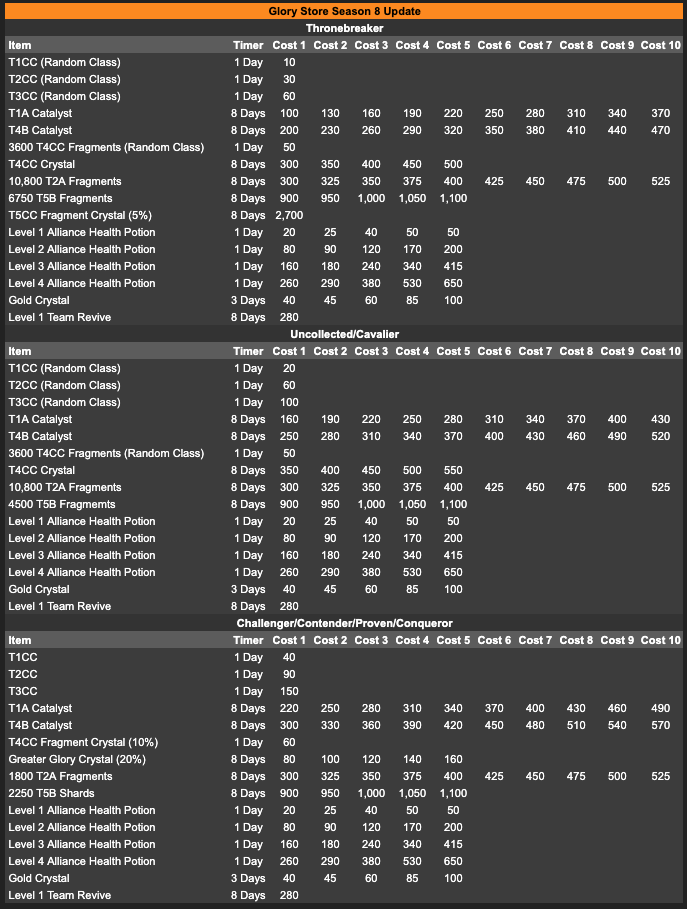 And last but not least, here’s the updated Rank Rewards! 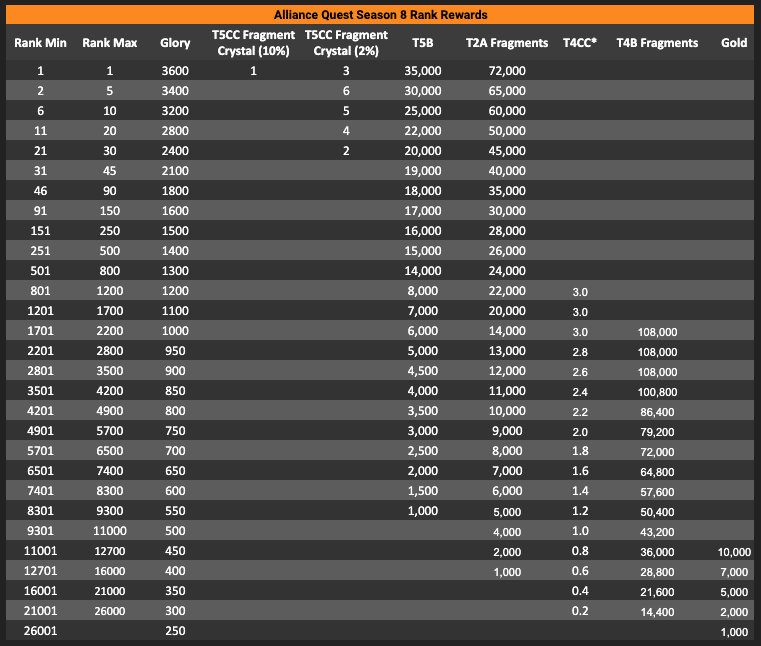