How Does White Magneto's Cruelty Work?

Toyota_2015 Posts: 289 ★★
December 2020 edited December 2020 in General Discussion
In his ability description it says that as long as his Cruelty is active, any existing Prowess charges are paused. When I took him into a fight, I threw a Special 3 at 4 charges and noticed that any additional charges I gained after that were not paused. Does this Cruelty only pause charges that you had before you threw the Special 3? 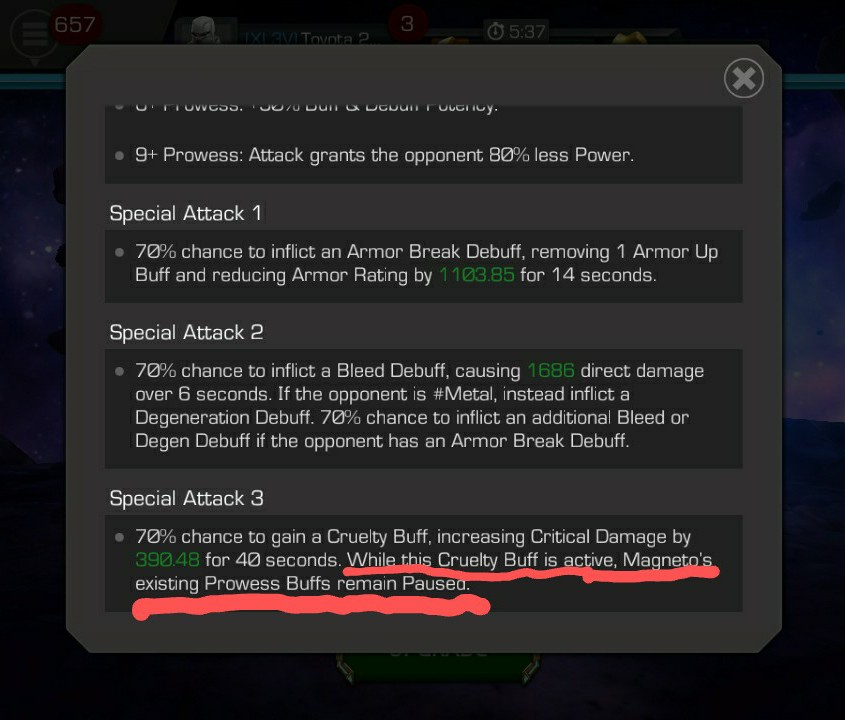 Also, I noticed that after I threw a Special 3 at 7 Prowess charges, I had 10 at the end of the attack, and they were all paused. After about 10 seconds, they were unpaused and I began to lose all of of my charges. I wasn't really sure if that's a bug or if I did something wrong, so I wanted to post that here, too, since he's my latest 6* and I want to know how to use him effectively.
0