XdSpoodermanxD Posts: 531 ★★★
December 2020 in General Discussion
And I absolutely love him! Spider-Ham is a super fun champion to play, with plenty of tricks up his sleeve. Spider-Ham is pretty easy to learn, but can sometimes be a little challenging to play with if the AI doesn’t want to cooperate.

Utility: Spider-Ham is by no means a utility based champion, but he does have a pretty decent tool kit. He becomes fully immune to degeneration at 7 Spider Nonsense charges, and decreases the opponent’s special attack by half at 10. Spider Nonsense has a maximum amount of 10. Once you have 10, they will reset after 6.5 seconds. This reset can be stopped by using his heavy attack, which removes 2 Spider Nonsense. You can also gain more Spider Nonsense with his Sp2. Spider-Ham can also activate Spider-Sense by dashing back and holding block. Spider-Sense allows him to evade all attacks, and become unblockable. When he evades, he places a taunt on the opponent, making it easier to bait their specials, which is a really big part of Spider-Hams rotation. Whenever you strike the opponent with a medium attack, you have a chance to apply a Porker Popper (power sting). The Sp1 pauses their timer for 7 seconds.

Rotation: When you first start the fight, you want to use MLM combos until you are over 1 bar of power, then you will switch to MM combos. You will use the MM combo until either you almost have 2 bars of power, or the poppers on the opponent are about to expire. You will repeat this until you have triggered 25 poppers. Then, you will use the sp3, which will place 25 poppers on the opponent. This is where the AI NEEDS to cooperate. You have to get the opponent to throw a special while you have all of those poppers on them, if you pull it off, you will deal a monumental amount of damage.

If you want to see this rotation in action, or are just interested in the crazy amount of damage Spider-Ham can do, you’re in luck! Check these out. 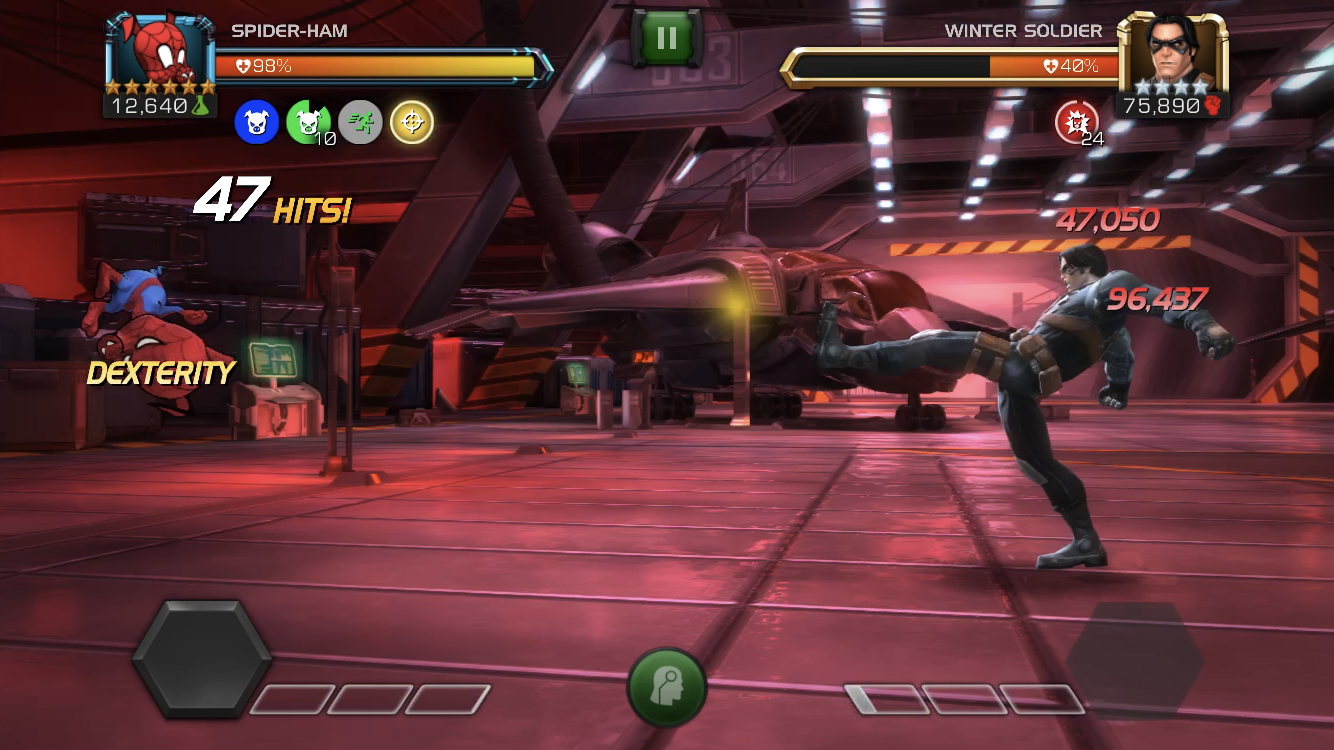 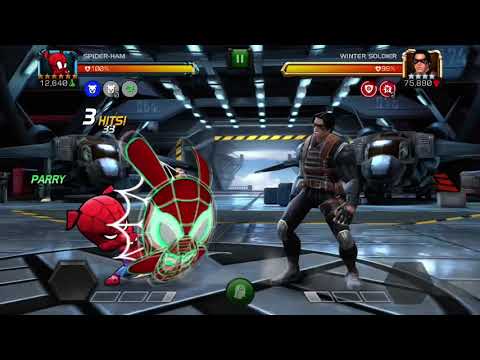