8406GR Posts: 55 ★
September 2017 edited September 2017 in Bugs and Known Issues
I got a picture this time. I noticed this in 3v3.
During the fight the champs will move along the battle strip but the camera won't follow them, I hope that makes enough sense.
With the picture below it happened as soon as NC went into aftershock and was stunned, as I continued to fight the champs literally moved to the left and the screen stayed put. The fight went on, lagged and sped up, lagged and health was gone but it's only happened 2x since the update.
BTW, I won the fight haha 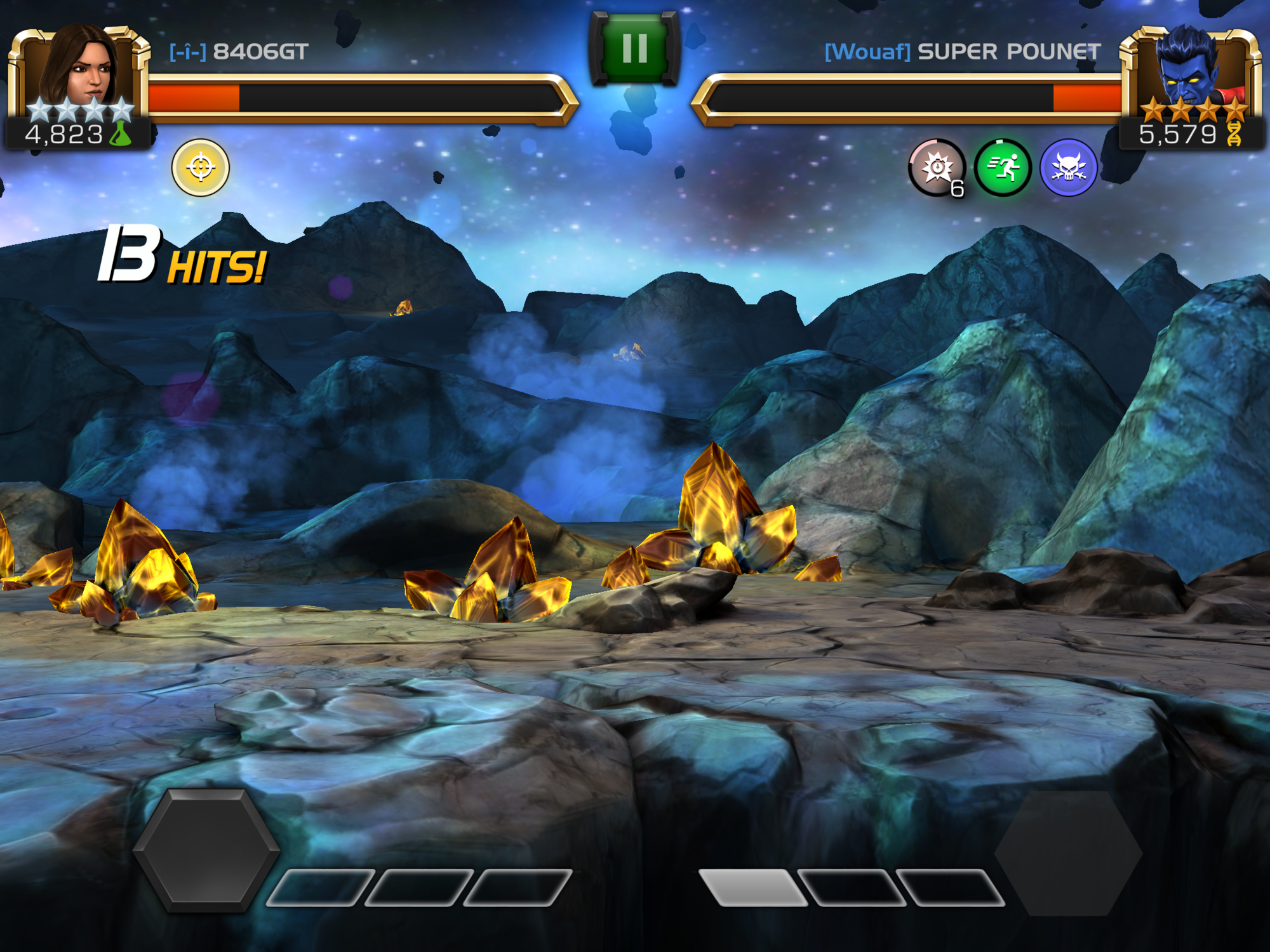