Collector fight on my alt account and my thoughts...

Squirrelguy Posts: 759 ★★★
March 28 in General Discussion
Just got on here to type up some of my thoughts on the Collector fight my first time through in probably two years. My main account is TB and I explored Act 5 quite a while ago, so I honestly just had forgotten how terrible this fight was. Lets start with a refresher of some of the fun and interactive notes about the Collector's abilities:

- Every time you reach a threshold of 20% of his health, he gains back ~4% health from a regen buff over 10 sec
- Below 85% health, he can no longer take more than 3% damage from a single source (pretty reasonable)
- Below 70% health, He has a permanent crit boost and armor rating boost (I assume) to 1076.92 (very specific number, but ehh, nut unreasonable)
- Below 55% health, his special attacks become unblockable .... this is one of the annoying ones, because after about 8 hits, he can KO almost any champ that you would be using when you first reach this level, unless they have some form of special evade mechanic or power lock/steal/drain, which is not common for such a low level account and most champs that have this are not super worthy of the rank up just for this specific utility.
- Below 40% health, Collector becomes immune to Bleed, Poison, Stun, and power lock effects. This is totally reasonable for the bleed and poison, the stun is okay because at this point you should be able to fight without parry, and the power lock is okay since not many champs have access, though it certainly makes the unblockable specials more unavoidable.
- Below 25% health, the Collector becomes "periodically" unstoppable for 3.5 seconds. Here is where my rant begins:
(other notable abilities are a 2.5% AAR every 5 seconds and ~4% regen "periodically" below 10% health)

This level really frustrates me, because when fighting the collector, essentially any hit that you take without blocking will most likely KO you, or at the least transfer bane over and that can finish you off. It would be far easier to deal with if the unstoppable was predictable, but the only predictable part is how often it procs. You would think that a power like this might have a 10% chance to happen every 5 seconds or something like that, but I don't think I have been in a single fight where he has gone longer than 10 seconds without an unstoppable buff popping up.
The problem is that I am stuck in a loop where I had gotten him below 25% with maybe one team revive, but now he starts every fight around 22% health. I will go in and try to land a full combo, dash out, and wait for bane to be almost ready to transfer back to me so that I can reliably keep it on him. At this point a problem occurs, because if for some reason I have made it this far without getting unstoppable-d and KOed, I get him just below 20% health, so his ~4% regen buff kicks in (usually for the full amount) while I am waiting for bane/maybe an unstoppable buff to expire/just an opening to intercept,. I then try to go in for another combo, and either get one in (not taking him down from his current ~24% health to below 20% health, but usually knocking off a couple percent) or get interrupted mid-combo by the unstoppable and KOed, but then after two 5 combos he has enough health for a special attack and proceeds to blast me in the face. Yes, I have tried also doing a short combo to get him to almost a full power bar, then backing out and going in for a full 5 combo, pretty much the same result.
I am stuck in a loop, having spent probably 3 full team revives an he is about the same health as when I started. I'm sure I will get lucky one of these days and actually get past this section, I just wanted to vent about how frustrating this game design was by Kabam and remind some endgame players of previous game experience. I will attach the roster that I am currently using to explain why I can't just power through this section of the Collector. As a side note, I forgot how ridiculously long it takes to farm units from arena with such a low level account.
Thanks for reading,
Squirrelguy 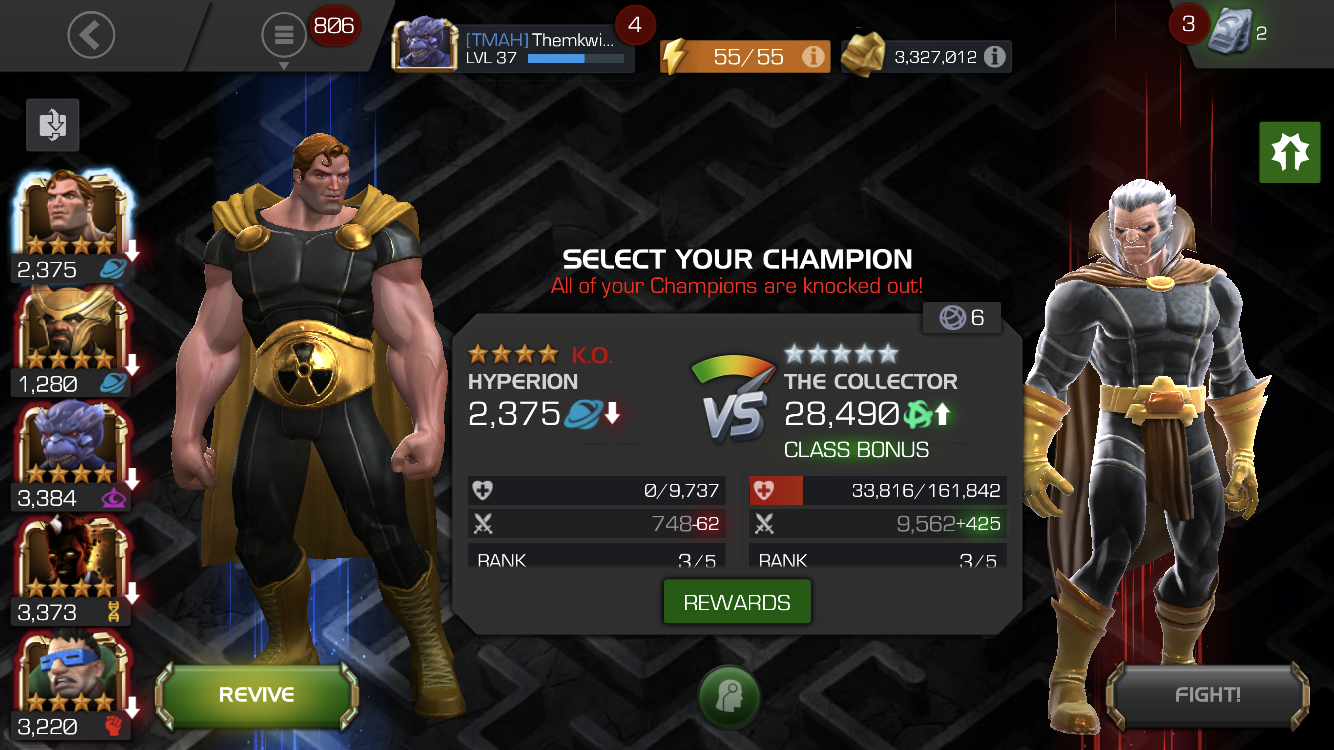 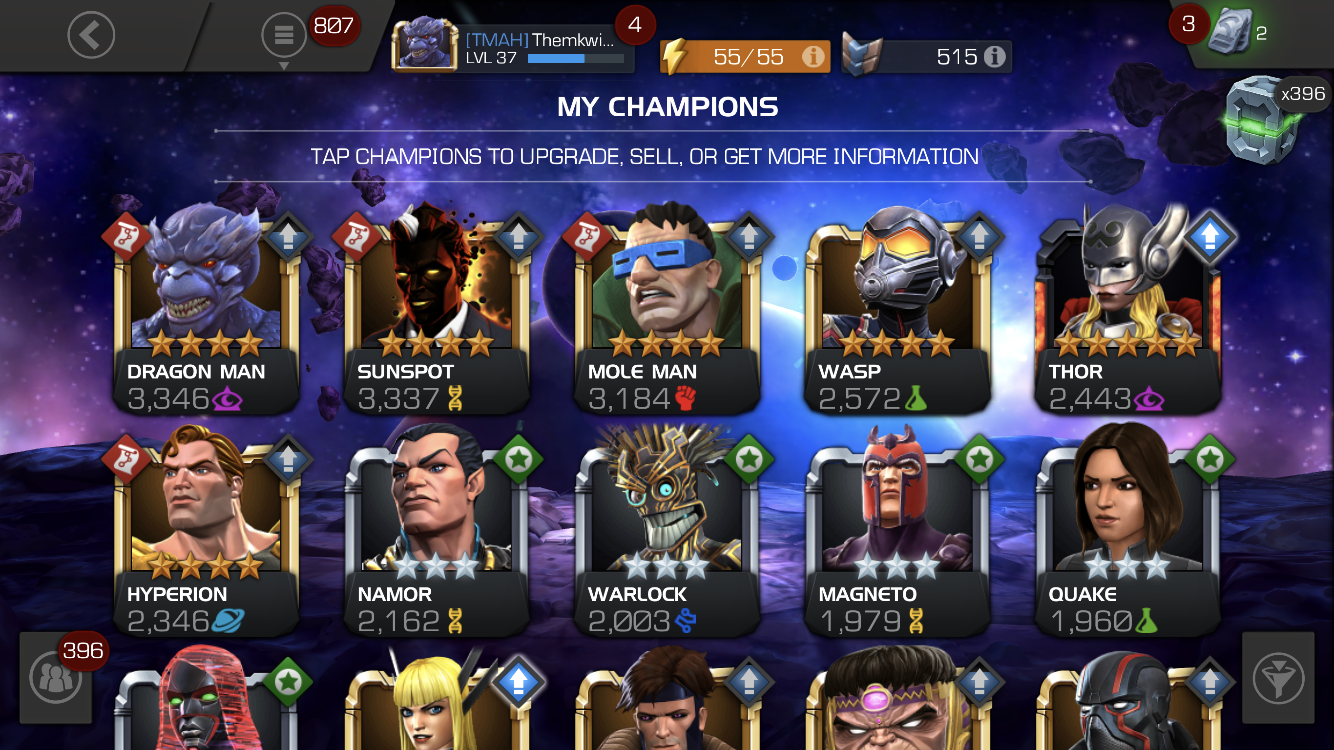 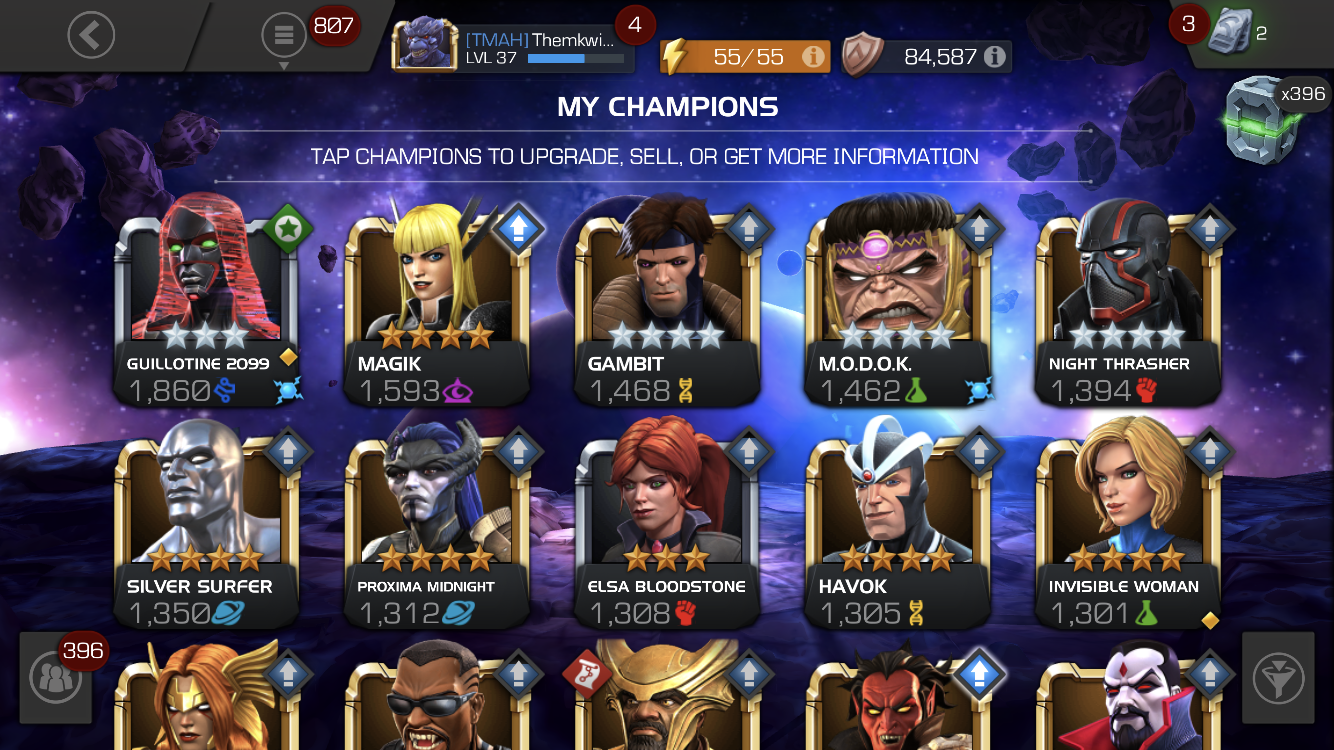 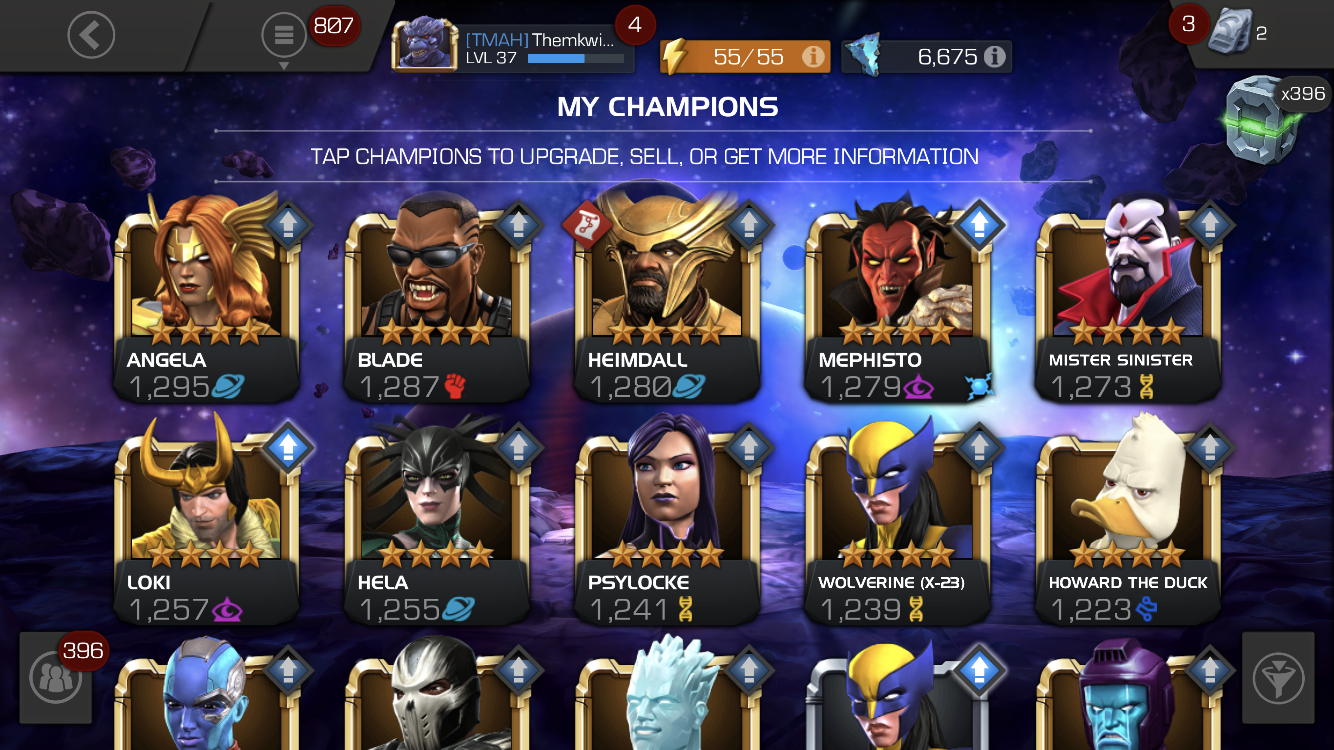 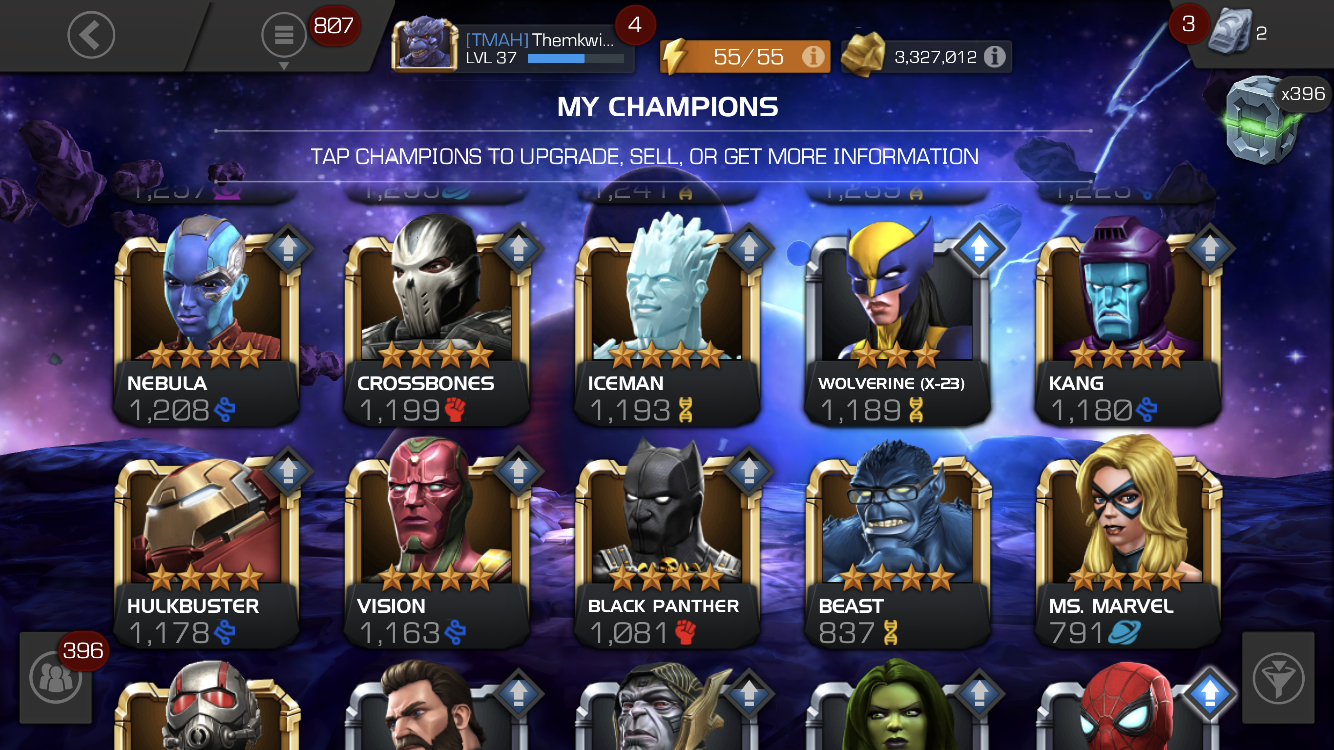