Jass28 Posts: 20 ★
July 22 in Bugs and Known Issues
Tagging some CCP Members so they can use this Post as reference and help expedite the bug fix process -
@RichTheMan @simula67 @KatyCandy @ContestChampion @BrianGrant (not sure which one is real) @Seatin @Karatemike415 @Lagacy @Cat_Murdock

Hi everyone. In this post I would like to raise the issue of Kingpins bugged interactions with debuffs/rage/sig ability.

2. The Bug with Video Evidence 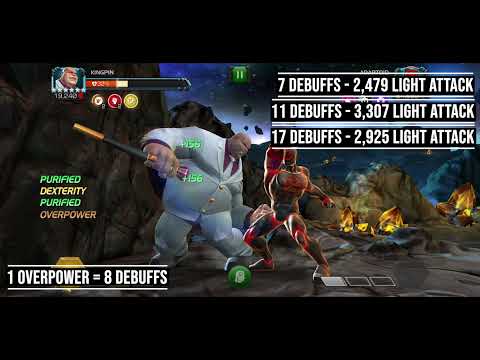 In the video I start off by baselining the damage he deals at the start of the fight, which isn't bugged, to use it as reference.

NOTE: The damage is very inconsistent hence I record the lowest hit damage however when the damage fluctuates (as you are constantly under power lock debuff) it is still lower than what it is supposed to be.

3. My Theory about the Bug

The bug occurs in virtually every scenario where Kingpin can gain more than 1 Overpower buff. This happens in Realm of Legends Winter Soldier fight too but the damage reduction/inconsistency is only noticeable when you have more than 1-2 Overpower buffs. It is far easier to show in this week's Summer of Pain as there is a constant debuff on you.

However, the damage mostly goes down when you gain Rage debuffs from signature ability. The problem clearly is that the game doesn't recognize the debuffs being active and hence the attack boost isnt calculated. Most of the time if Kingpin receives a debuff from an external source, such as a node, the damage increase is noticeable however when it comes from signature ability (Rage debuffs) it doesnt seem to affect much.

The following videos also show the same inconsistencies mentioned above. 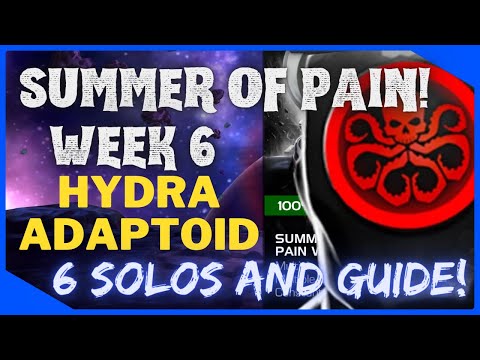 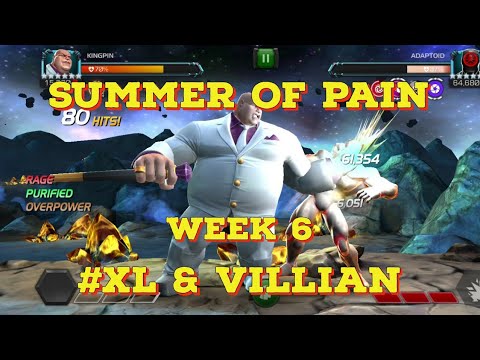 This is the case for almost everyone. Please send through to the Dev team so they can fix the bug/inconsistencies ASAP.

Thank you for your time.
19