TP33 Posts: 1,442 ★★★★
September 1 in General Discussion
now with talks of 6* sig stones becoming more common, Nimrod and mainly 6* R4 champions coming into the game, prestige has been a hot topic of conversation to say the least, and the direction kabam is taking with it. a lot of people think there’s a huge problem but in my eyes, as it’s happening right now, i think it’s a good thing.

so the bottom line is kabam are introducing more and more high prestige champions in a surgical manner. they know exactly how much prestige matters to the top 0.01% of players and how profitable it can be due to the hyper-competitive setting of AQ. take a look at the image below and you will see a strong pattern 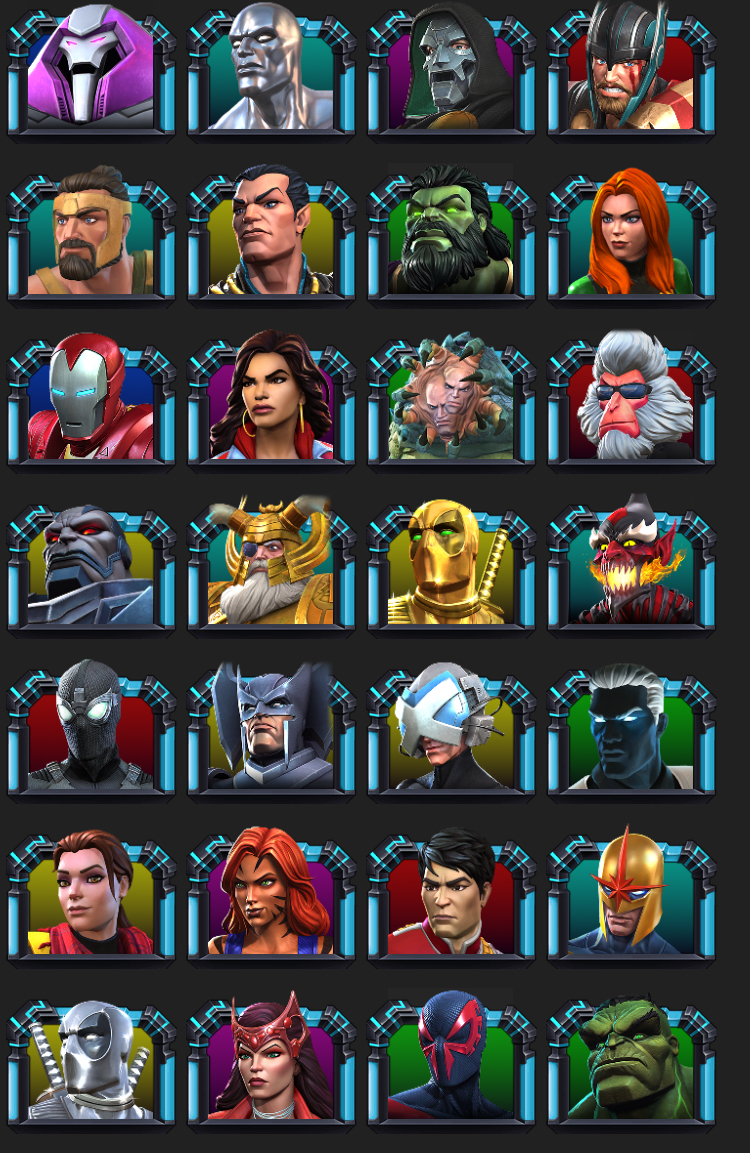 13 of those top champions have come out in the last year. and for the main part these champions are fine. prestige increasing is a good thing for everyone. with certain champs (looking at Sigil Witch, and Platpool especially) you have to spend money to get them, however in the grand scheme of things none of those champs are in the top 5 and even then there are far more high prestige options not just them, so in theory a F2P player or a more casual spender could have the maximum prestige for 6* R3 champions if they really wanted to.

this increasing of prestige is good for 3 big reasons

6* sig stones are not common and not cheap, that and cavs being the lowest effort way of getting champs on release means that whenever kabam releases a top 5 prestige champ or a high prestige champ in general (think hercules, Doom etc) they are incredibly sought after and the top top top spenders need them at max sig (notice after nimrods release i almost garuntee that there will be a 6* sig stone related offer within 2 weeks). now the game is run by a company, and a company needs money, so releasing high prestige champions means more profit for kabam and thus more game for the rest of us

reason 2: everyone gets more AQ rewards

now a lot of people with T5CCs complain, they don’t have prestige options and let their alliances down on that front just because they pulled the wrong class, but over just a few months we’ve got tech science and skill champions for which there weren’t many options before. before tech was the worst class for prestige by far with mutant mystic and cosmic dominating, however nimrod and silver centurion mean that tech is very valuable, as The Overseer has made science more viable.

overall increasing prestige champions benefits everyone and it might be annoying to the top spenders to have to now go back on what they’ve done in the past and spend more on sigs for nimrod now, but let’s be honest, these people are already spending a lot on the game it’s well within their capabilities of spending more, and why should kabam not keep pushing the game to new areas? it seems very selfish for top spenders to hold back the average players prestige because they don’t want to spend 1.4 million instead of the 1.3 million they usually spend
3
Sign In or Register to comment.